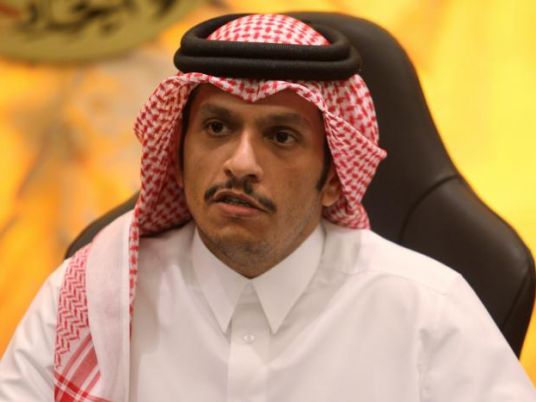 DOHA (Reuters) – Qatar said on Monday it was still studying the purchase of Russia’s S-400 missile air defense system, adding the potential deal — reportedly opposed by Saudi Arabia — was none of Riyadh’s business.

Qatari Foreign Minister Sheikh Mohammed bin Abdulrahman al-Thani also said there was no sign of a thaw in a Gulf row over allegations by Saudi Arabia and some other Arab states that Qatar supports terrorism. Doha denies the charges.

“There is a discussion for procurement of various Russian equipment but there is no understanding as of yet as to this particular equipment (S-400),” Sheikh Mohammed told a joint news conference with Russia’s Foreign Minister Sergei Lavrov.

Since the Gulf row began in June 2017, Russia has actively promoted its S-400, an advanced surface-to-air missile defense system, with agreements reached with Saudi Arabia and Turkey.

Qatar and Russia signed a military technical cooperation agreement on air defense and military supplies in 2017, but talks for the S-400 have been muted amid reports that Saudi was concerned by the prospect of Qatar deploying its anti-aircraft missiles to strike Saudi targets.

A report last June by France’s Le Monde daily said that Saudi King Salman had raised the possibility of military action against Qatar in a letter to France’s president if Doha installed the system.

“It is a sovereign decision that should be taken by the state of Qatar,” he said, adding that a joint Qatar-Russia committee was studying the best options for the tiny but wealthy country’s military, without specifying further.

“When we receive bids from our Qatari colleagues for deliveries of Russian military goods, we of course will consider them,” Lavrov said.

Lavrov, in Doha on the first stop of a Gulf tour expected to include Saudi Arabia, the United Arab Emirates and Kuwait, said that Russian President Vladimir Putin had accepted an invitation by Qatar’s emir to visit Doha, but they had not yet worked out a date.

He reiterated that Doha was not yet ready to normalize ties with Syria, saying the war-damaged country must have a political solution and leadership that is representative of its people. He also called for unity in Libya.