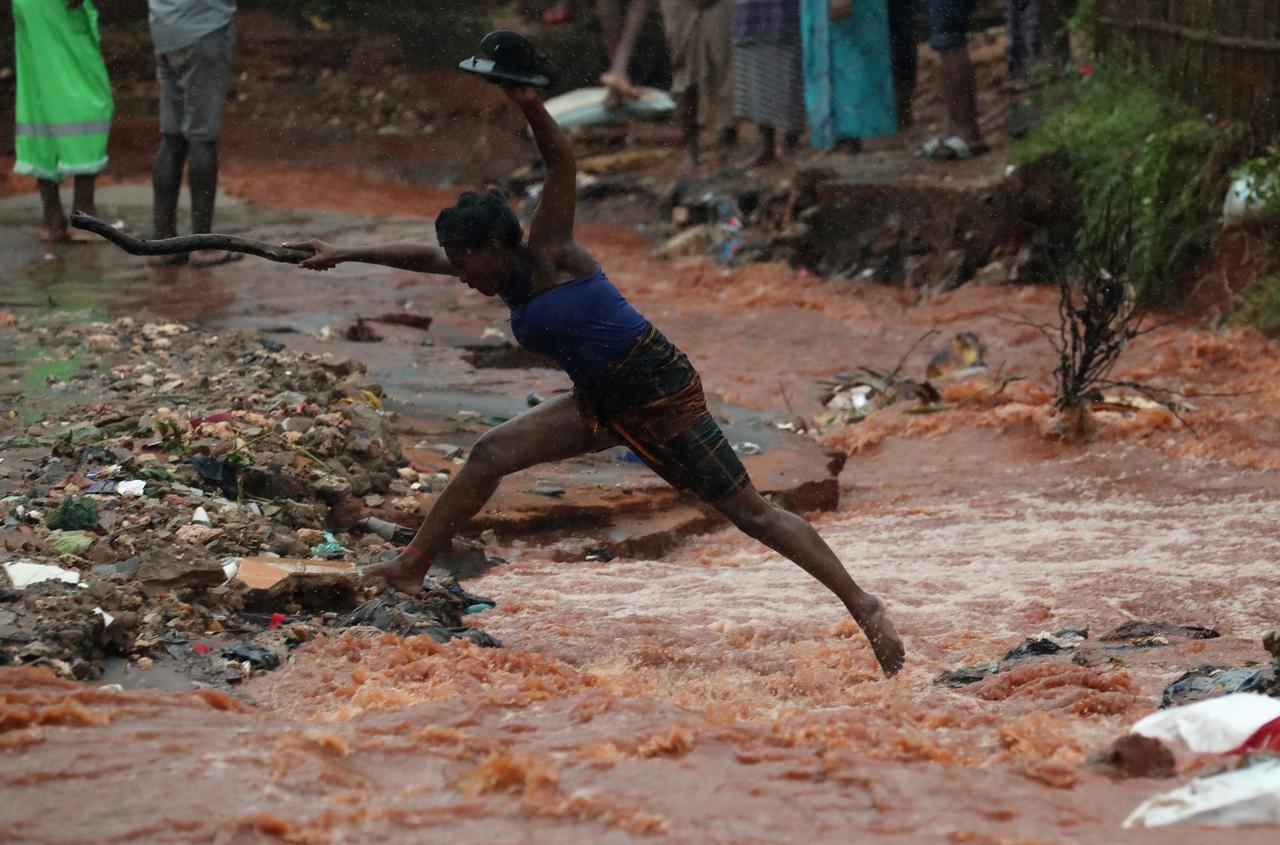 JOHANNESBURG (Reuters) – Rescuers were moving in to help people trapped by rapidly rising floodwater in the northern Mozambique city of Pemba on Sunday, home to 200,000 people, a United Nations (UN) spokesman said, as Cyclone Kenneth dumped more rain on the region.

The storm slammed in to the province of Cabo Delgado on Thursday, killing five people, and has since then pounded an area prone to floods and landslides with rain, fuelling fears rivers could burst their banks and leave vast areas under water.

It was raining heavily in the provincial capital of Pemba on Sunday, which had until now been spared from severe damage and a number of neighborhoods were now flooded, Saviano Abreu, spokesman for the UN Office for the Coordination of Humanitarian Affairs (OCHA) in southern and eastern Africa said.

“There are already people in need of search and rescue,” he said, adding a team was on their way to the neighborhood of Natite, in the city’s north. “We unfortunately are expecting devastating floods in Pemba.”

Aid workers were currently working to assess the scale of the flooding both in Pemba and the surrounding areas, where there were reports of waist-high water, he continued.

Mozambican authorities on Friday urged people living near two rivers in the province, one to the north of Pemba and the other to the south, to move to higher ground as rivers began to fill up and overflow.

Kenneth could over the coming days dump twice as much rain on Mozambique, the World Food Programme has warned, sparking fears the impoverished nation could suffer another bout of deadly floods.

It has already caused huge destruction in some districts of Cabo Delgado, with one UN OCHA official saying some villages had been “entirely wiped out”.

“They look like they have been run over with a bulldozer,” Gemma Connell, head of OCHA’s regional office, said.