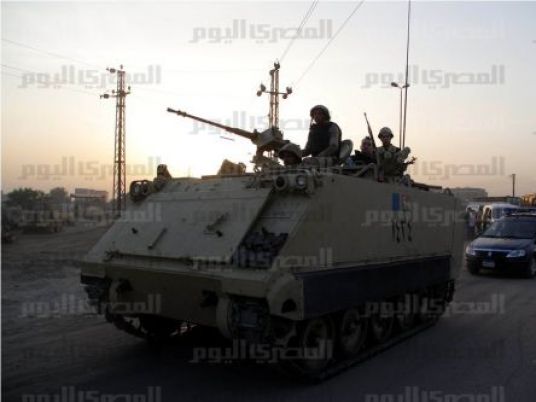 Egyptian police often raid homes in this rundown village just outside Cairo, residents say — part of a broad crackdown on Islamists that has included the imprisonment of ousted president Mohamed Morsi.
But a look around Kerdasa offers plenty of reminders that arrests and intimidation have never succeeded in silencing enemies of the state.
Idle teenagers who can be easy recruits for jihadists. Women covered from head to toe in black. Profanities scribbled on a burned-out police station insulting President Abdel Fattah al-Sisi and calling for Morsi's return.
The area is an example of the challenges facing Sisi as he confronts what he calls the existential threat from militancy to the Middle East and the West.
Security operations in Kerdasa intensified after its police station was attacked with rocket-propelled grenades in August 2013, killing 12 officers, hours after hundreds of Morsi supporters died as police stormed protest camps in Cairo.
The state hit back as it has for decades in Egypt, a strategic US ally where notorious militants such as Al-Qaeda leader Ayman al-Zawahiri began their path to jihad.
A judge sentenced 185 Muslim Brotherhood supporters to death over the violence.
Morsi, Egypt's first freely elected president, who was toppled by then army chief Sisi in 2013 following mass protests against his year-long rule, was jailed for 20 years on Tuesday on charges related to the killing of protesters.
Sisi has mounted the toughest ever campaign against the Brotherhood, long Egypt's main political opposition.
Human rights group say tens of thousands of Islamists have been arrested since Morsi's overthrow, and protests now require police permission. Egyptian authorities deny widespread allegations of human rights abuses.
Tensions have eased in much of Egypt, reassuring investors eyeing a market of 90 million people. That includes Kerdasa, where men puff on water pipes and sip sweet tea in a cafe as vegetable vendors stroll by beside exhausted donkeys.
Night raids
But security forces are not taking any chances. They still man checkpoints leading into the village, closely inspecting motorists' documents. At night, police regularly storm apartments in search of wanted Brotherhood members.
"People are hiding. They are scared. But has this improved life?" said a man with a long beard who asked not to be named for fear of reprisals.
"There are lots of frustrated people with no jobs. Will the arrests help them? I doubt it."
Egyptian presidents from Gamal Abdel Nasser to Hosni Mubarak have portrayed themselves as secularists fighting radical Islam but the rise in militancy that followed the Arab Spring uprisings of 2011 has forced a change in approach.
Sisi believes promoting moderate Islam is the key to breaking groups like Islamic State, which has seized parts of Iraq and Syria and won militant sympathizers in Libya and Egypt.
Some residents of Kerdasa want to see moderation from security forces, saying say they feel like they have been blacklisted following the police station attack.
Ayman al-Qahawi works at Al Azhar, a center of Islamic learning seen by Sisi as an ally in the fight against extremism.
"Kerdasa has become a black spot in our lives even though there are only a small number of criminals. They treat all of us as if we are terrorists," said the professor, adding that a colleague was not allowed to leave Egypt because his identification card showed he lives in Kerdasa.
Bus driver Sayed Hassan, 31, says that when he went to renew his vehicle license, police stopped him at a checkpoint.
"Pull over you terrorist. You are from Kerdasa. You will spend a lot of time with us," he quoted an officer as saying.
Ensuring Islamists do not return and take control of mosque pulpits means hearts and minds must be won in Kerdasa.
Judging by the mood here, Sisi also needs to create jobs, improve infrastructure and schools and help revive businesses hurt by clashes between police and Islamists in the village, once known for its textiles industry.
"The roads are terrible in and out of Kerdasa. Most are unpaved. The water is dirty and supplies are random," Abdel Salam Hakeem, 27, said. "School classrooms have 70 to 80 students."
These conditions breed resentment in a village which still seems sympathetic to Morsi.
"We are sure that Morsi is oppressed and his case is political," said student Abdel Rahman Mohamed, 22.
"The country will not calm down. The only solution is Morsi's release and the release of the 40,000 people detained since the military coup."
A pharmacist blamed both sides for the deterioration in Kerdasa and in his finances.
"Please don't mention my name," he told a Reuters reporter. "The Brotherhood are already boycotting my pharmacy because I don't agree with their viewpoint. I don't want to anger them even more. They are still around."