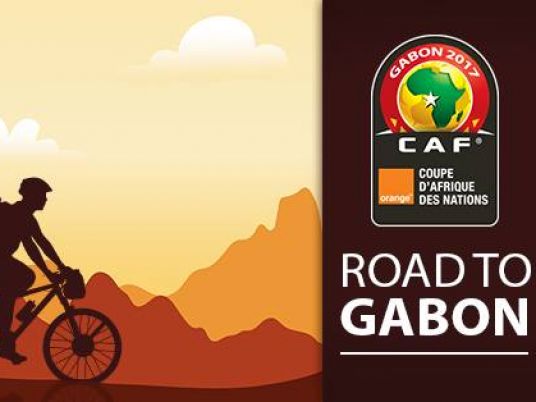 In 1997, cyclist Nick Sanders did what nobody had done before, completing a 19,930-mile circumnavigation of the globe on his bike in 31 days and 20 hours.

Inspired by Sander's example, cyclists from around the world have since followed in the tire tracks of the trailblazer, attempting to set an even faster record time.

Competitive cycling may seem a far-fetched pastime for anyone living in Egypt, where even common pushbike riders have largely shied away from the jostle of motorbikes and cars on Egypt's busy roads. But as the image — so iconic in Egyptian cinema — of ladies and gentlemen cycling down the lanes, tailcoats and lacey skirts billowing, begins to fade from living memory, interest has been sparked among young people. In recent years, various youth initiatives have been launched to revive a love of cycling among Egyptians and to promote its health benefits.

Among the more intrepid of these are 22-year-old Mohamed Noufal and 25-year-old Mohammed El-Sherbiny, who, out of a deep passion for cycling and football, have decided to support the Egyptian national football team at the 2017 African Cup of Nations in the way they love most. These two ambitious commerce graduates are about to hit the African road on a 7000 km, 100-day bike ride from Egypt to Gabon, to arrive in the host country in time for the start of the tournament.

Egypt Independent spoke to the two amateur cyclists to find out more about "The Road to Gabon" .

“Our main aim is to support the Egyptian football team, and we wanted to do something unique," Noufal told Egypt Independent. "Cycling is the thing we love most, and it's a way to get a taste of new cultures as you travel and meet people".

“In each country we’ll be showing the locals our support of the Egyptian football team, gathering crowds with singing, dancing and chanting,” Noufal said.

He and Sherbiny have been training for more than 18 months, cycling in and around 17 locations in Egypt including Alexandria, Farafra Oasis and parts of Upper Egypt.

Mohamed El-Sherbiny gears up for the ride

The two will set out on their epic journey on October 28 from the Giza pyramids, heading south to Upper Egypt. They plan to cover 950 km in 14 days, which will take them as far as Aswan’s Wadi Halfa on the border with Sudan. From here they will take a ferryboat to Sudan.

On November 11, the cyclists will make for the Sudanese capital of Al-Khartoum, where they will catch a plane to the city of El Geneina in the far west of Sudan. There they will complete the next, 17-day, 2000 km leg of the journey, which will take them up to the border with Chad.

“The second country we’ll visit will be Chad," Noufal said. "On November 29, we will have reached Adre city on the Sudan-Chad border, from where we’ll bike 900 km for 13 days heading to the Chadian capital N'Djamena.”

The last country on the team's roadmap is Cameroon. After making a pit stop in Maroa city on December 12, the pair will pedal on to the capital Yaounde before continuing on to Ambam, a city on the border between Cameroon and Gabon.

“Cameron is the country we'll spend longest in — we'll be there for 24 days and will cycle more than 1500 km,” said Noufal.

On January 6, the two travelling cyclists are expected to have reached their destination country. From Bitam town, they will cycle to the capital, Libreville, where they will be met by the Egyptian football team. The ultimate reward for their efforts, the bikers will spend the tournament staying with the Egyptian team and fly home to Egypt with them.

The roadmap for the route

“We've studied everything carefully and after some thorough research, we selected the most secure routes through each country based on previous experience of cyclists who've done the routes before,” the cyclists informed Egypt Independent.

"We’ll cycle during the daytime and camp at night to avoid danger. We'll be consulting our maps to find either campsites close to residential and populated areas, motels or will stay with locals to be safe,” Noufal said.

Harnessing the tool of social media to gain support, the two friends launched a Facebook page entitled, Road to Gabon, promoting their campaign and encouraging cyclists from the five countries they will pass through to join them.

“We have already received lots of response from Cameroon. Any cyclist is welcome to join us, but they won't be able to go beyond the borders of their country, so for example, an Egyptian cyclist will stop at Aswan,” Noufal said.

Through the Facebook page, Noufal and Sherbiny have called on their fans and supporters to share local news coverage about the ride by taking a photo of themselves with clips from news publications and publishing the photos online with the official Road to Gabonlogo.

Noufal said that the team has told the Egyptian Youth Ministry about the idea, and they have had good feedback.

“We are not asking for funds because we're well aware of the economic situation in the country, but we have asked for support with the visa application process for the various African countries we’ll be travelling through, and for the Egyptian embassy in each country to be notified about our journey,” he said.

When Egypt Independent asked if they have received their visas yet, Noufal said it is still early days, and that they are holding back to make sure their permits have not expired before the end of the journey.

He explained that each country’s embassy in Cairo has been approached for support, and have been given thorough details of the trip. “If we haven't got our visas in time we can get them in the country itself."

With five countries, thousands of kilometers and many physical, geographical and cultural challenges ahead of them, the Road to Gabon is certainly not for the faint hearted. As the riders make their final preparations for the ride, Egypt Independent wishes Noufal, Sherbiny and their companions along the way the very best of luck.