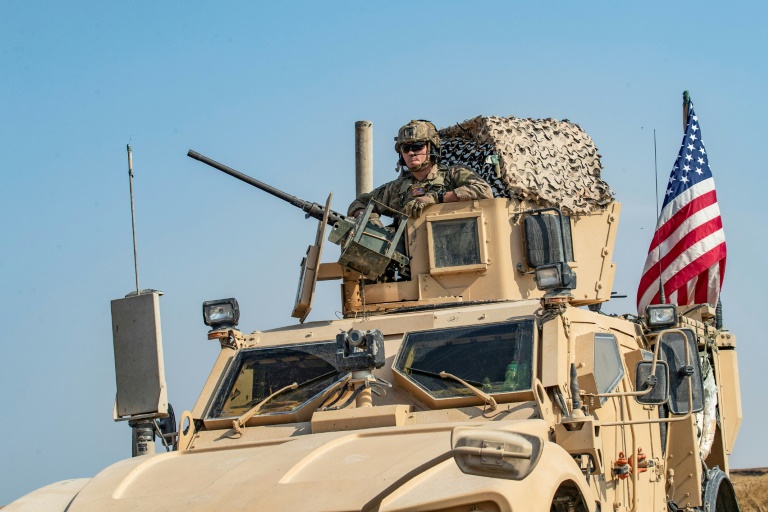 New rocket attacks in Iraq have killed a US civilian contractor, raising fears on Saturday that violence could escalate in the protest-hit country already engulfed in its worst political crisis in decades.

Washington recently promised “a firm response” to a growing number of attacks on its interests in Iraq, for which no one has claimed responsibility but which Washington blames on pro-Iran factions.

US-Iran tensions have soared since Washington pulled out of a landmark nuclear agreement with Tehran last year and imposed crippling sanctions, leaving Baghdad — which is close to both countries — worried about being caught in the middle.

In the latest attack, 30 rockets were fired at the K1 Iraqi military base in Kirkuk, an oil-rich region north of Baghdad, at 2220 GMT Friday, a US official told AFP in Washington.

“One US civilian contractor was killed and several US service members and Iraqi personnel were wounded,” the US-led international coalition against the Islamic State group said.

A direst hit on an ammunition depot caused secondary explosions, and four more rockets were found in their tubes in a truck at the launch point, a US official told AFP on condition of anonymity.

Federal security forces, Shiite militia units and Islamic State group sleeper cells all have a presence in volatile Kirkuk province, which is claimed by both Iraq’s Kurdistan and federal authorities.

The attacks come at a time when Iraq is gripped by its biggest wave of anti-government street protests since the US-led invasion of 2003 that toppled dictator Saddam Hussein.

The protesters, many of whom were born in the post-Saddam era, have vented their anger at a government they consider inept, corrupt and beholden to neighboring Iran.

Violence has claimed nearly 460 lives, most of them protesters, and left some 25,000 people wounded, but the street rallies and sit-in protests have continued.

The protests led to the resignation of the Iraqi government nearly a month ago, and Iran and its allies in Iraq have since been pushing to place one of their men in the post of prime minister, sparking more popular anger.

The president is now threatening to quit in the face of this pressure.

During the period of wider political chaos, the country has also seen a rise of rocket and mortar attacks against Iraqi bases housing US soldiers and against American diplomatic missions.

Ten attacks since October 28 have left several Iraqi military personnel wounded and one dead and caused damage to the area around the US Embassy in Baghdad’s ultra-secure Green Zone.

And more than a dozen rockets hit the Qayyarah air base in northern Iraq in November.

In Friday’s attack, a Kirkuk provincial security official told AFP, “the shots were very accurate. The attack was aimed precisely at the area where the Americans are located, near the meeting room.”

The rockets could also have been much more deadly, had it not been for recent poor weather that has led to delays in anti-IS operations and the postponement of a meeting scheduled for Friday on these missions, according to the Iraqi police.

A US source has said that pro-Iran factions in Iraq are now considered a more significant threat to American soldiers than the IS — the threat that saw Washington deploy thousands of troops to the country to assist Baghdad in countering the jihadists’ sweeping 2014 offensive.

Reflecting this concern, “a convoy of 15 American vehicles each carrying armor and weapons” recently arrived at the US embassy in Baghdad, according to an Iraqi security official.

Multiple US diplomatic and military sources have told AFP of their growing frustration with such attacks.

They say they are relying on their Iraqi partners to play a “de-conflicting” role between American forces and the Hashed al-Shaabi, an umbrella organization for paramilitary groups largely made up of Iran-backed Shiite militias.

That is a complicated task, as the Hashed has been ordered to integrate with the regular security forces, but many of its fighters continue to operate with a degree of independence.

Image: AFP/File / Delil SOULEIMAN During a period of political chaos, the country has also seen a rise of rocket and mortar attacks against Iraqi bases housing US soldiers