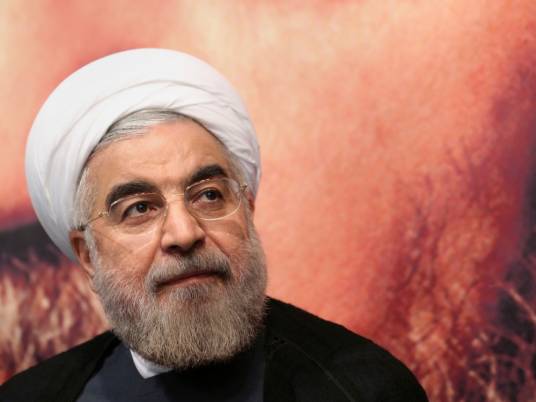 Iran will only sign a final nuclear accord with six world powers if all sanctions imposed over its disputed atomic work are lifted on the same day, President Hassan Rouhani said in a televised speech on Thursday.
Iran and the powers reached a tentative agreement last week in the Swiss city of Lausanne aimed at restricting Tehran's nuclear programme in return for removing the economic penalties.
All sides are working towards a June 30 deadline for a final deal on the nuclear work, which Western powers fear is aimed at developing an atomic bomb but Tehran says is purely peaceful.
"We will not sign any deal unless all sanctions are lifted on the same day … We want a win-win deal for all parties involved in the nuclear talks," Rouhani said.
Since the preliminary agreement was reached, Iran and the United States seem to have different interpretations over some issues, including the pace and extent of sanctions removal.
"Our goal in the talks (with major powers) is to preserve our nation's nuclear rights. We want an outcome that will be in everyone's benefit," Rouhani said in a ceremony to mark Iran's National Day of Nuclear Technology.
"The Iranian nation has been and will be the victor in the negotiations."
Iran insists all nuclear-related United Nations resolutions, as well as US and EU nuclear-related economic sanctions, will be lifted immediately once a final accord is signed.
But the United States said on Monday that sanctions would have to be phased out gradually under the comprehensive nuclear pact.
The US and EU sanctions have choked off nearly 1.5 million barrels per day (bpd) of Iranian exports since early 2012, reducing its oil exports by 60 percent to around 1 million barrels a day.
"Our main gain in the talks was the fact that US President Barack Obama acknowledged that Iranians will not surrender to bullying, sanctions and threats," Rouhani said.
"It is a triumph for Iran that the first military power in the world has admitted Iranians will not bow to pressure."
Negotiators from Iran, the United States, Germany, France, Britain, Russia and China will resume negotiations in the coming days to pave the way for the final deal.