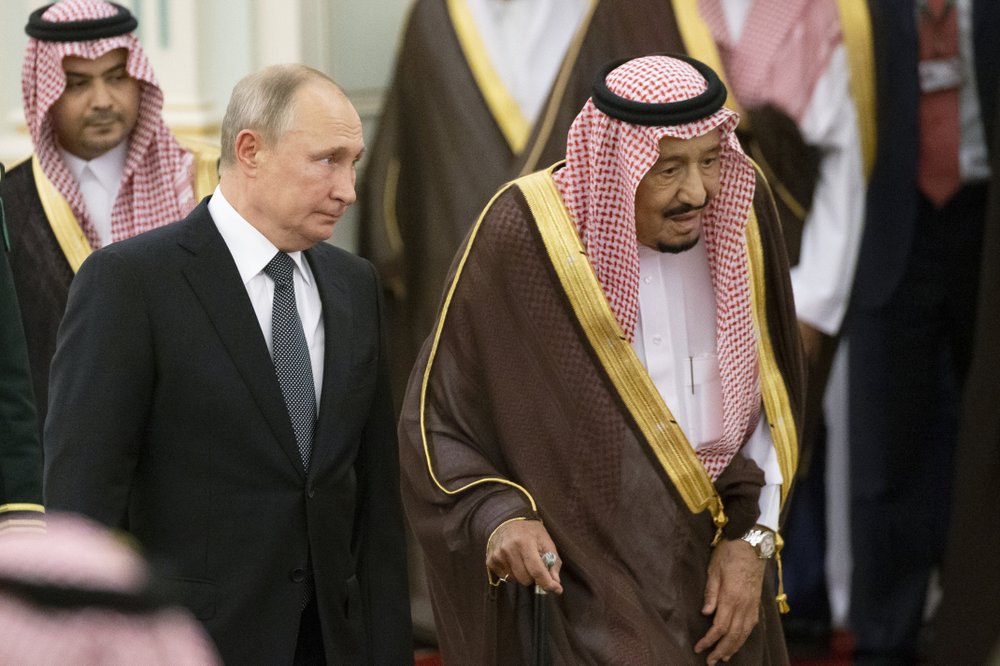 Putin received all the trappings of a state visit, with a mounted guard escorting his limousine to King Salman’s Al-Yamamah palace in Riyadh on his first visit to the kingdom since 2007.

In the intervening years, the Arab Spring roiled the wider Mideast as Putin would partner with Iran in backing Syrian President Bashar Assad in that country’s still-raging war. The kingdom unsuccessfully backed those trying to oust Assad.

That helped boost energy prices. Crude oil sold for over $100 a barrel in the summer of 2014 before bottoming out below $30 a barrel in January 2016. On Monday, it traded just under $60 a barrel.

Keeping Russia with the oil cartel, an arrangement now known as OPEC+, appeared likely to top discussions. At a recent OPEC meeting in Abu Dhabi, Saudi Energy Minister Prince Abdulaziz described the arrangement as ”’til death do us part.”

Saudi Arabia likely also wants to talk about ongoing tensions gripping the wider Middle East, where the kingdom is locked in a standoff with its archrival Iran and Turkey’s military campaign in Syria has launched an added crisis.

Saudi Arabia remains worried about Iran. Since President Donald Trump pulled out of Tehran’s nuclear deal with world powers over a year ago, risks have risen in the Persian Gulf. Since the summer, a series of attacks have targeted oil tankers in the region.

These attacks culminated in a Sept. 14 drone-and-cruise-missile assault that knocked out half of Saudi Arabia’s oil production. The U.S. blames Iran for the attack, something Tehran denies. Yemen’s Houthi rebels, whom the kingdom has been battling since March 2015, claimed the assault, though analysts say the missiles used wouldn’t have the range to reach the targets in the kingdom from Yemen.

Iran to present plan for Gulf security at UN this week

EU looks to stop arm sales to Turkey: the latest