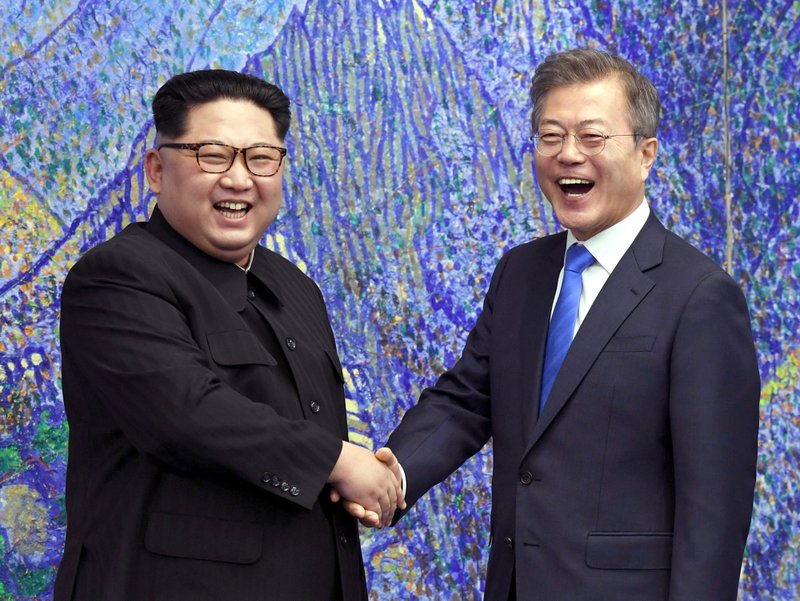 SEOUL, South Korea (AP) — South Korea’s president will send a special delegation to North Korea next week for talks on a nuclear standoff and to set up a summit planned for next month, his office said Friday.

The planned trip on Wednesday comes amid growing worry over the slow pace of getting North Korea to end its nuclear program following President Donald Trump’s Singapore summit with North Korean leader Kim Jong Un in June. Trump declared that summit a success and suggested the nuclear issue would be solved, but there has since been widespread doubt over Kim’s willingness to relinquish his nukes. Many analysts believe that Kim sees them as crucial for staying in power.

Kim and South Korean President Moon Jae-in are set to meet next month in Pyongyang for their third summit. Details for the summit, including exactly when it will happen, haven’t been disclosed.

South Korea on Friday sent a message to Pyongyang proposing it send a special envoy and North Korea agreed, Moon’s office said in a statement.

“The special envoys will have extensive discussions with their North Korean counterparts, covering a concrete schedule for the upcoming inter-Korean summit and the development of inter-Korean relations as well as denuclearization and the settlement of peace on the Korean Peninsula,” the statement said.

Moon’s office said it hasn’t decided who it will send to North Korea or how long its delegation will stay there.

The announcement comes days after Trump shelved a trip by US Secretary of State Mike Pompeo to Pyongyang, citing lack of progress on denuclearization, but remaining open to future talks. North Korea hasn’t responded to Trump’s move.

Trump has been heaping blame on China, North Korea’s traditional ally and main trading partner. On Wednesday, Trump accused Beijing of pressuring the North because of current tensions in US-China trade relations, and also of providing North Korea money, fuel, fertilizer and other commodities in violation of international sanctions, which he said was not helpful.

Moon, a liberal who favors a negotiated resolution to the nuclear disputes, earlier shuttled between North Korea and the United States before the Singapore meeting, the first summit between a North Korean and US leader.

In March, Moon sent special envoys to North Korea who later traveled to Washington with Kim’s proposal for a summit with Trump. Moon held a summit with Kim in April, during which Kim agreed to work toward “complete denuclearization of the Korean Peninsula.” Moon met Kim again in May when Trump said he was withdrawing from the planned summit with Kim — a decision Trump quickly reversed.

North Korea has so far suspended its missile and nuclear tests, shut down its nuclear test site and dismantled parts of key facilities at its main rocket launch site. But many foreign experts believe that’s not enough to prove it’s serious about disarmament.

At the heart of the current impasse is North Korea’s request to declare the end of the 1950-53 Korean War. The United States wants the North to first submit a list of its nuclear assets and take other key steps toward disarmament, many experts say. They note that the end of war declaration could allow the North to call for the signing of a peace treaty formally ending the Korean War and the pullout of 28,500 US troops deployed in South Korea.