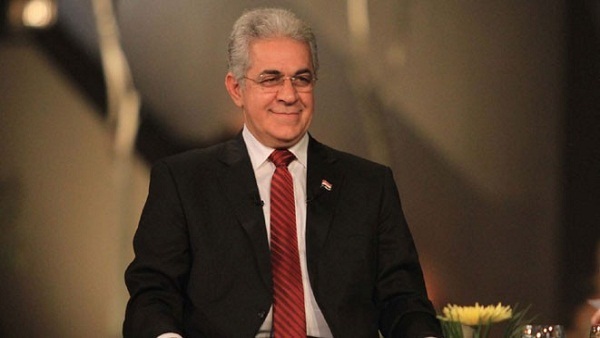 Founder of al-Tayaar al-Shaabi (translated to popular current), Hamden Sabbahi, announced that he will not run for the 2018  presidential elections. Sahbhi affirmed that he can still play his role as a revolutionary, just as he did in January 2011 and June 2013.

In a TV interview on “Bella Qyood” on MBC channel, Sabbahi added that Egypt ought to be governed by civilian rule that represents the people and believes that Egyptians deserve a decent life.

Sabbahi said that achieving the same goals as the January 25 revolution is the only way to get Egypt out its current problems. He added that he will support any presidential civilian candidate whose electoral program will fulfill the revolution’s goals.

Dr Mahmoud al-Alayli, head of Free Egyptian Party, considered Sabbahi’s announcement to withdraw as an opportunity for another candidate from al-Tayyar al-Nassari to run for the elections.

The current political atmosphere suggests that President Abd al-Fattah al-Sisi will win the 2018 elections; however, the results might change if a competitor with wide-spread popularity runs, al-Alayli told al-Masry al-Youm Saturday.

Sabahi: We battle honestly for the revolution to rule

Sabahi will run for presidency if revolutionary forces support him