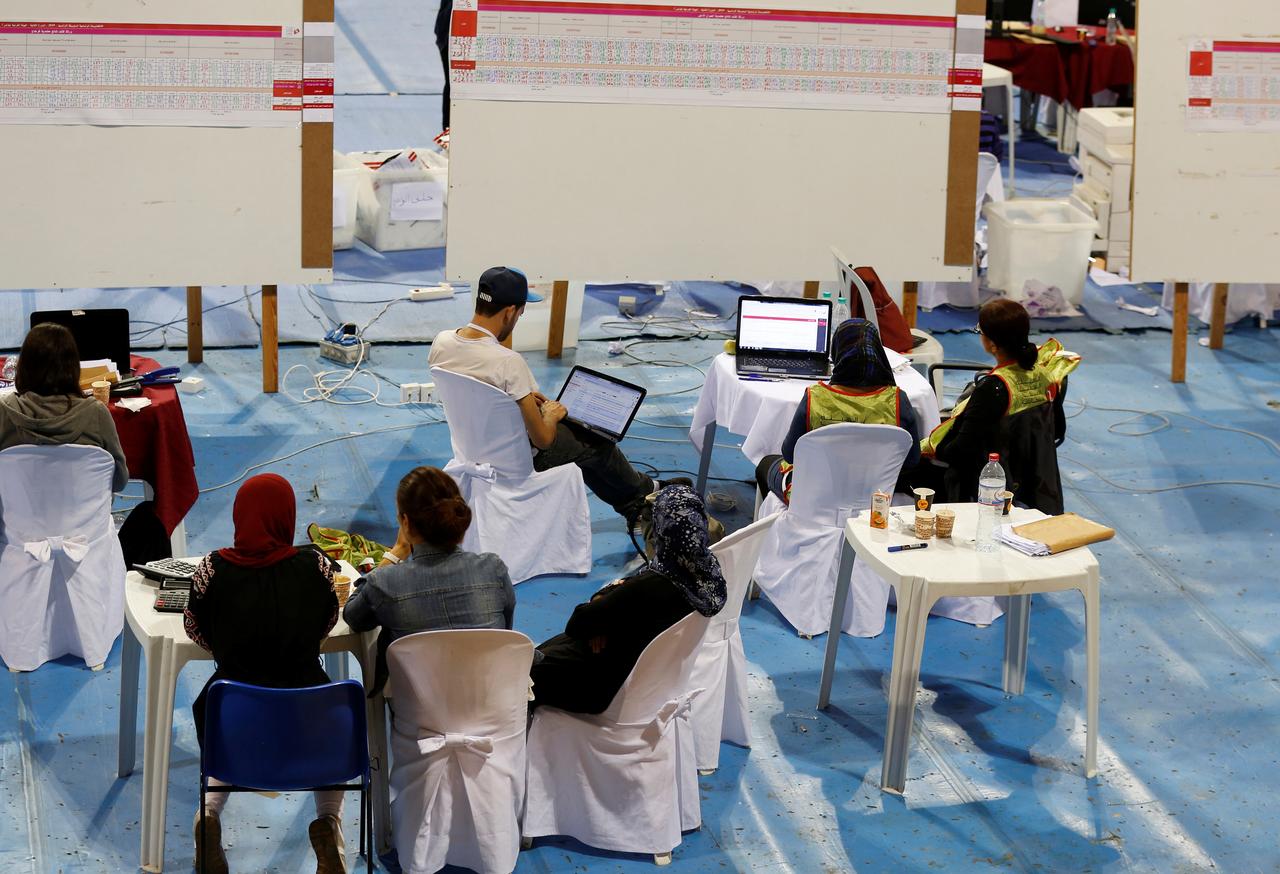 TUNIS (Reuters) – Supporters of retired law professor Kais Saied celebrated into Monday morning after exit polls indicated he won Tunisia’s presidential election, a victory they hailed as a revival of the 2011 revolution that brought democracy.

Formal results from Sunday’s presidential election were expected to be released later on Monday. Saied’s opponent, the media mogul Nabil Karoui who spent much of the election campaign period in detention, could launch an appeal if he loses.

Big crowds waving Tunisian flags and chanting many of the old songs and slogans from the 2011 uprising filled the central Habib Bourguiba Avenue until the early hours of Monday.

“What I have done is a new revolution,” Saied told a separate crowd of supporters gathering at his home in the Mnihla district on the outskirts of Tunis. “I tell Tunisians that you have impressed the world.”

Saied’s victory, if confirmed by the official results, is a sharp rebuke to a governing elite that has failed to halt a decline in living standards since the revolution, or to weed out pervasive corruption, nepotism and cronyism.

A political outsider backed by both leftists and Islamists, Saied spent virtually nothing on his campaign but has called for remaking Tunisian politics by introducing an experimental form of direct democracy.

Olfa Radouan, a 53-year-old woman who brought her husband and two children to celebrate Saied’s victory in Bourguiba street, said she understood that he would face big challenges.

“It will not be easy. He will face a complicated political situation, a very difficult economic situation, unstoppable social demands,” she said.

Two separate exit polls published shortly after voting ended on Sunday showed Saied winning more than 70% of the electorate and with a turnout of about 60 percent – the highest in any recent election.

The polls indicated that he won more than three million votes – far more than the number who elected his predecessor, Caid Beji Essebsi, who died in July, and even more than the total number of voters in last week’s parliamentary election.

He won in every region of the country, the exit polls indicated.

However, even with a large mandate, the new president has less direct control of policy than the prime minister and both will quickly face a series of tough challenges.

The parliamentary election has produced a deeply fragmented legislature in which the largest party, the moderate Islamist Ennahda, has only 52 of the 219 seats.

As the biggest party, Ennahda can name the prime minister, but he will then have only two months to form a governing coalition that can command a majority in parliament – something that may prove highly complex.

If Ennahda’s choice fails to form a government, the new president can name an alternative candidate for prime minister to embark on a new round of coalition talks. If parliament still cannot agree, there would be a new election.

Meanwhile, Tunisia’s government faces unemployment of about 15 percent nationally and 30 percent in some cities, inflation of 6.8 percent, high public debt and a weak dinar.

Foreign lenders including the International Monetary Fund have repeatedly urged fiscal tightening and a reduction of the public sector wage bill.

Those policies are all deeply unpopular and the country’s powerful union has proven able to mobilize large numbers of people and paralyze parts of the government with strikes.

Karoui said on Sunday he would wait for the official results of the election before commenting further, but said the campaign had not been fair. He was detained in August pending a verdict in his trial for money laundering and tax evasion, accusations he denies, and was released only on Wednesday.

Election workers count votes as the country awaits the official results of a second round runoff of a presidential election in Tunis, Tunisia October 14, 2019. REUTERS/Zoubeir Souissi