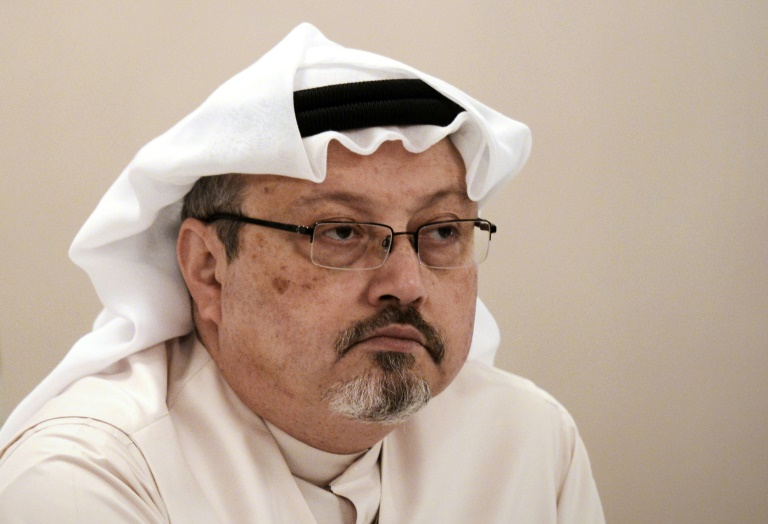 Saudi Arabia admitted on Saturday that critic Jamal Khashoggi was killed inside its Istanbul consulate, saying he died during a “brawl”, an explanation that President Donald Trump called credible but drew skepticism from top US lawmakers.

Riyadh announced the arrest of 18 Saudis in connection with their investigation and the sacking of two top aides of Crown Prince Mohammed bin Salman, who has faced mounting international pressure over the journalist’s disappearance.

Khashoggi, a Washington Post contributor and critic of the Islamic petro-state’s powerful crown prince, was last seen on October 2 entering his country’s consulate in Istanbul.

His disappearance had been shrouded in mystery and tipped Saudi Arabia into one of its worst international crises, with Turkish officials accusing it of carrying out a state-sponsored killing and dismembering the body.

The admission — after persistent claims by the Saudi authorities that Khashoggi had left the consulate alive — came amid the threat of US sanctions and appears aimed at distancing Prince Mohammed from the affair.

In the latest version of events from Riyadh, Saudi Attorney General Sheikh Saud al-Mojeb said Khashoggi died after talks at the consulate degenerated into an altercation. He did not disclose the whereabouts of his body.

“Discussions that took place between him and the persons who met him… at the Saudi consulate in Istanbul led to a brawl and a fistfight with the citizen, Jamal Khashoggi, which led to his death, may his soul rest in peace,” the attorney general said in a statement.

The Saudi king also ordered the setting up of a ministerial body under the chairmanship of the crown prince to restructure the kingdom’s intelligence agency and “define its powers accurately”, state media said.

The controversy has put the kingdom — for decades a key ally in Western efforts to contain Iran — under unprecedented pressure to offer an explanation to take the heat off its rulers.

It evolved into a major crisis for Prince Mohammed, a US administration favorite widely known as MBS whose image as a modernizing Arab reformer has been gravely undermined.

Trump swiftly endorsed Saudi Arabia’s explanation about the death of Khashoggi and termed it an “important first step”.

“I do, I do,” Trump said when asked if the Saudis’ explanation was credible, while adding: “It’s early, we haven’t finished our review or investigation.”

Trump had earlier said Washington could impose sanctions, but his administration had been notably slow to criticism its Gulf ally despite mounting evidence of what happened to Khashoggi.

The case has presented Trump with one of the most acute foreign policy crises of his nearly two-year-old presidency.

“It took an intense international outcry sustained for two weeks to acknowledge the obvious — that Khashoggi is dead, that he was killed in the Saudi consulate,” said Kristin Diwan, of the Arab Gulf States Institute in Washington.

“That gives you an idea of the immense financial and strategic interests that are invested in maintaining the US partnership with Saudi Arabia and its leadership.”

Saudi officials have roundly denied that Prince Mohammed had any involvement.

But one suspect identified by Turkey was said to be a frequent companion of the young heir to the throne, three others were linked to his security detail and a fifth is a high-level forensic specialist, according to The New York Times.

The decision to overhaul the intelligence apparatus and sack members of MBS’s inner circle is designed to “distance the crown prince from the murder”, said analysis firm Eurasia Group.

Complicating the official narrative, Ali Shihabi, head of pro-Saudi think tank Arabia Foundation which is said to be close to the government, tweeted that “Khashoggi died from a chokehold during a physical altercation, not a fist fight”, citing a senior Saudi source.

But pro-government Turkish media have repeatedly claimed that Khashoggi was tortured and decapitated by a Saudi hit squad inside the diplomatic mission, although Turkey has yet to divulge details of its investigation.

“Each successive narrative put out by the Saudis to explain what happened to Khashoggi has strained credulity,” Kristian Ulrichsen, a fellow at Rice University’s Baker Institute in the United States, told AFP.

“Especially because the Saudis are still unable or unwilling to produce the one piece of evidence — a body — that could provide a definitive answer one way or the other.”

UN chief Antonio Gutterres said he was “deeply troubled” by the kingdom’s disclosure on Saturday, adding there needed to be “full accountability for those responsible.”

“To say that I am skeptical of the new Saudi narrative about Mr Khashoggi is an understatement,” he tweeted.

Bob Menendez, the top US Democrat on the Senate Foreign Relations Committee, called for sanctions, saying “we need to keep up international pressure” on the kingdom.

Saudi Arabia’s admission comes after Turkish authorities widened their probe on Friday, searching a forest in Istanbul where the body might have been dumped and interviewing the consulate’s staff.

Rubio: No amount of money could 'purchase back our credibility on human rights' if US doesn't take action after Khashoggi's disappearance