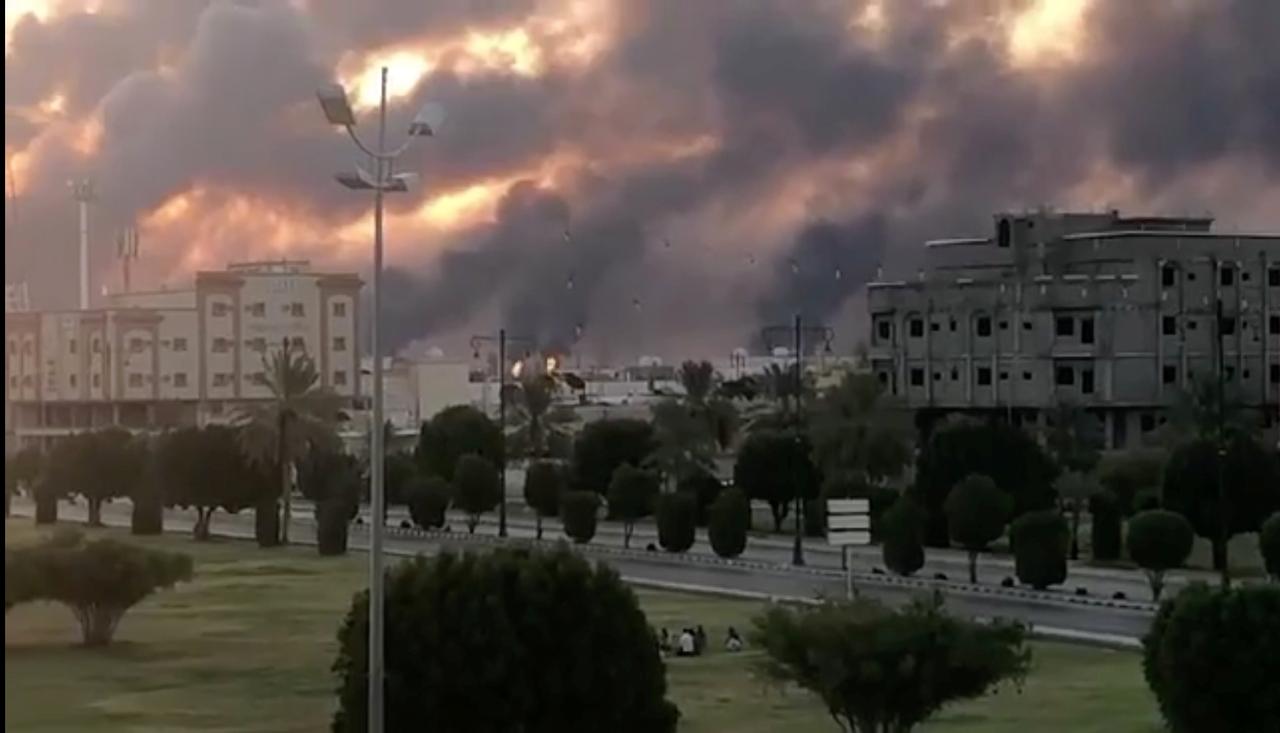 RIYADH (Reuters) – Drone attacks on two Saudi Aramco factories in Abqaiq and Khurais provinces on Saturday sparked fires that the state oil company brought under control, the Saudi interior ministry spokesman said without identifying the source of the drones.

The precise targets and the extent of possible damage were unclear. Aramco did not immediately respond to a request for comment.

Tensions are running high in the region after attacks in June and July on oil tankers in Gulf waters that Riyadh and Washington blamed on Iran. Tehran denies the accusations.

Iran-aligned Houthi fighters in Yemen have also launched attacks over the border, hitting Shaybah oilfield with drones last month and two oil pumping stations in May. Both attacks caused fires but did not disrupt production.

Security forces foiled an al Qaeda attack on Abqaiq in 2006.

Aramco is preparing to float shares as early as this year as part of efforts to diversify the economy of the world’s top oil exporter away from crude. It has hired nine banks as joint global coordinators to lead the IPO and has been meeting bankers this week in Dubai as it speeds up the listing plans.

Reporting by Ahmed Tolba in Cairo, Rania al-Gamal in Dubai and Stephen Kalin in Riyadh; Editing by Richard Borsuk

Image: Smoke is seen following a fire at an Aramco factory in Abqaiq, Saudi Arabia, September 14, 2019 in this picture obtained from social media. VIDEOS OBTAINED BY REUTERS/via REUTERS

Aramco doubles down with $1.6bn bet on Hyundai Oilbank