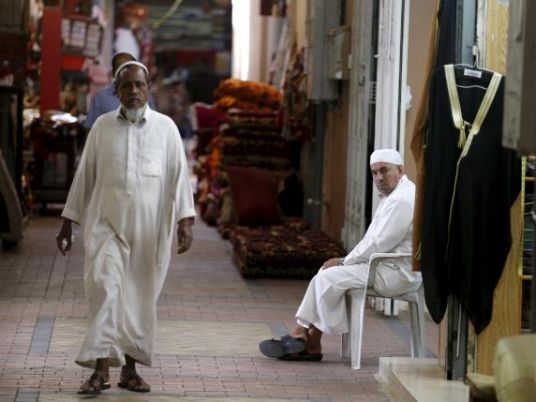 Reforms promised by a young Saudi prince are couched in references to the kingdom's Islamic tradition but include ideas likely to upset some conservatives, risking future ruptures over the direction of society.

However, it also stepped into areas that have long been cultural battlegrounds in a country defined by its religious conservatism.

For the Al Saud dynasty, which has always ruled in alliance with the powerful clergy of the kingdom's semi-official Wahhabi school of Sunni Islam, that may require care in how far to risk a conservative backlash.

Presenting the plan, Prince Mohammed batted away the question of whether women would soon be allowed to drive. Instead, he turned to the usual formulation of Saudi rulers that their society was not yet ready for this, but he appeared to raise the possibility of change elsewhere.

In Saudi Arabia, cinemas are banned and women's sports are discouraged as promoting sin. The pre-Islamic era is dismissed as the age of ignorance, its relics deemed ungodly, and some clerics even see patriotism as tantamount to idolatry.

"When he talked about quality of life, about entertainment, he is aware of the changes in our culture and that's what people understood him to be talking about. But at the same time, he showed reluctance," said Jamal Khashoggi, a leading Saudi journalist.

Prince Mohammed has presented himself as the face of Saudi youth, devoutly Muslim but in a way different from the older generation of clerics, being more open to the outside world and more accepting of its cultural influences.

As a mark of the internationally-oriented nature of Prince Mohammed's ambitions, Vision 2030 used the Western calendar in its title, not the Islamic Hijri calendar officially used in Saudi Arabia, under which this year is 1437.

When he presented his plan, the prince gathered clergy, intellectuals and journalists from across the spectrum.

But the government's recent decision to increase curbs on the religious police, and continued support for women working, have prompted conservative anger, showing how sensitive the cultural struggles are.

A video posted on YouTube before Prince Mohammed announced the reforms was titled "Before the Catastrophe" and portrayed a society riven by the moral degeneracy of the West before succumbing to chaos and violence.

The Al Saud have always stepped warily with the clergy, aware that the most dangerous challenges to their rule in the kingdom's 70-year history have come from aggrieved religious conservatives.

However, they have also traditionally balanced that caution by giving space to the Westernized business elite, and to those liberal intellectuals who have historically backed Al Saud rule, to push social boundaries and nudge the kingdom toward change.

Under a pact between the Al Saud and the Wahhabi clergy dating back to the 18th century, the princes had responsibility for governing and the clerics for religion.

Over the centuries, however, the definition of where each of those spheres of influence begins and ends has shifted, often marking the boundary of cultural battlegrounds.

In recent years changes to education, which is shifting from the domain of the clergy to that of government, to law, in which proposed reforms have encroached on clerical prerogatives, and to the public role of women, have dominated internal disputes.

"If you do it too fast, it has a negative impact. Reform in Saudi Arabia always has a precondition: it has to come from inside, it has to be gradual and it has to take into account what people believe is right," said Abdulaziz al-Sager, head of the Gulf Research Centre based in Jeddah and Geneva.

Saudi Arabians are avid consumers of Western media and culture. Despite the cinema ban, Hollywood films and recent television series are widely watched at home and discussed. Saudis view YouTube more than any other nationality, measured per capita, and both liberals and conservatives use social media to spread their views.

Slick, often funny, online videos produced by young Saudis score millions of hits on YouTube and the 2012 movie Wadjda — the work of a female Saudi director about a young girl navigating religious strictures — won awards at a number of international film festivals.

So when Prince Mohammed promises land for cultural and entertainment projects, and support for "talented writers, authors and directors", he seems to point toward a reversal of the ban on cinemas, but without explicitly doing so.

But potentially most explosive of all is the renewed commitment to reform education, a process started under King Abdullah who died last year. Prince Mohammed has sworn to create "an education system aligned with market needs", a far cry from schooling that still draws heavily on Quranic teachings.

Traditionally, one way the Al Saud had of persuading the clergy to accept change was to spend money on a big religious projects, thereby demonstrating their continued support for Islam in Saudi Arabia.

While one aspect of the new plan was for a huge Islamic museum, even that may cause friction: Wahhabi doctrine holds the display of ancient artefacts, even those associated with the Prophet Mohammed, to risk committing idolatry.

With his plan predicated on cutting the indiscriminate spending of the past, however, and with a new age of austerity looming due to cheap oil, Prince Mohammed might be denied the luxury to stage cultural warfare with petrodollars.