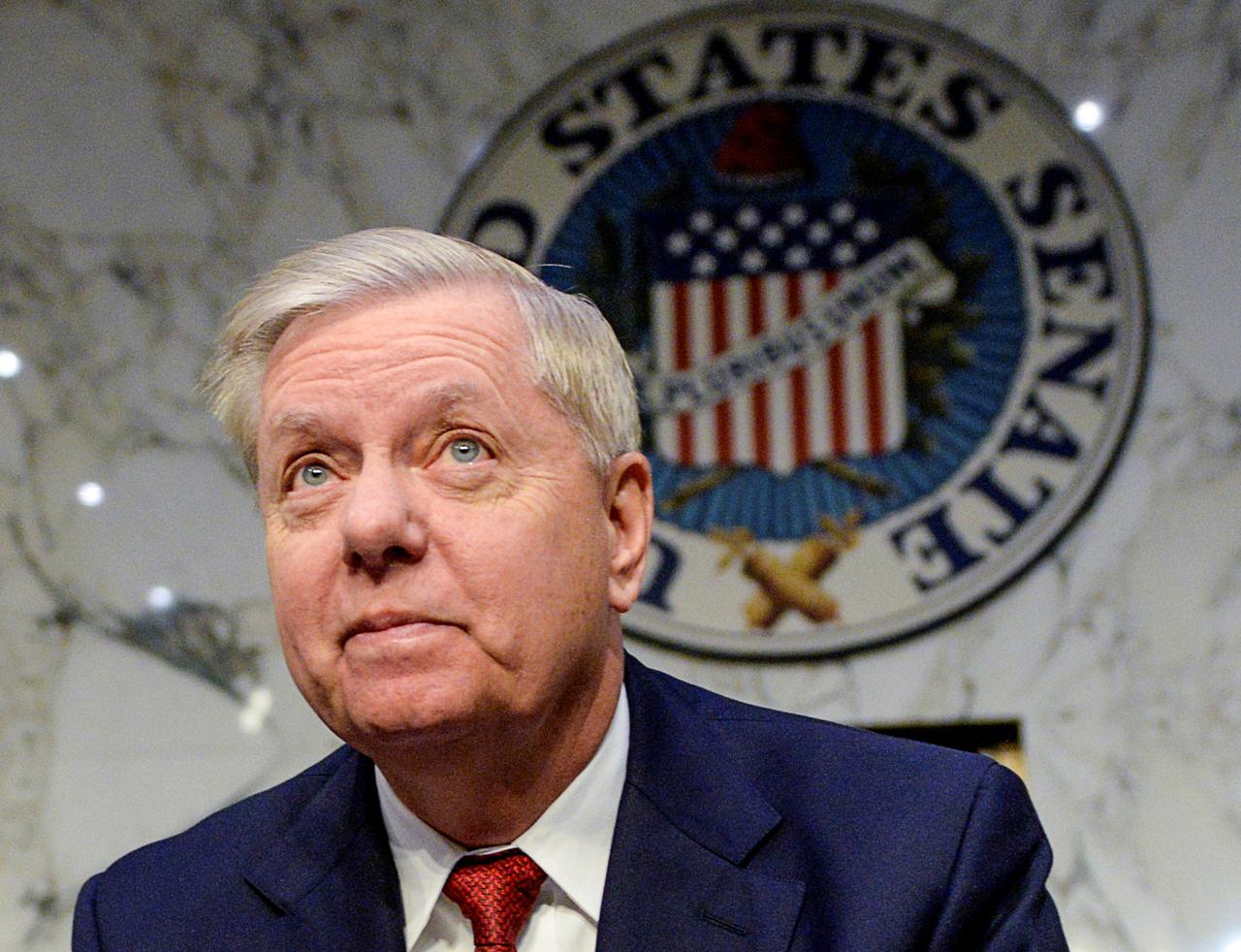 WASHINGTON (Reuters) – The head of the US Senate Judiciary Committee said on Sunday he wants the Senate to launch an impeachment trial of President Donald Trump within days and wrap it up this month, even if it means changing Senate rules.

The Democratic-controlled House of Representatives last month voted to impeach Trump for abuse of power in pressuring Ukraine to investigate a political rival and for obstructing the House impeachment probe.

House Speaker Nancy Pelosi, however, has not yet sent the articles of impeachment to the Republican-led Senate, where the president would be tried, as Democrats have sought to pressure Republicans to call witnesses.

Speaking on Fox News Channel’s “Sunday Morning Futures,” Republican Senator Lindsey Graham said he wants to change the Senate rules to kick start a trial if Pelosi does not send the articles of impeachment.

Senate Majority Leader Mitch McConnell, a Republican, said on Friday the Senate cannot proceed with a trial under its rules until it receives them.

McConnell has argued that any decision on potential witnesses should come after senators have heard opening arguments and have had a chance to ask questions.

“My goal is to start this trial in the next coming days,” Graham said. “If we don’t get the articles this week, then we need to take matters in our own hands and change the rules.”

“This thing needs to be over with in January,” he said, arguing that a delay denies Trump an opportunity to confront the accusations and impedes Congress’ ability to pursue other business.

McConnell’s office on Sunday did not comment on Graham’s call for a possible rule change.

An aide to Pelosi referred to a statement she issued on Friday in which she accused McConnell of being complicit in Trump’s “cover-up of his abuses of power.”

US Representative Adam Schiff, the Democratic Chairman of the House Intelligence Committee that led the House impeachment proceedings said on CNN: “Both Democrats and Republicans are now having to go on the record and say, do we want witnesses? Do we want to see the documents? Do we want the American people to hear the evidence? Do we want a real trial? Or do we want a cover-up? It’s clear, I think, from the president and Mitch McConnell they don’t want a trial anymore.”

With no agreement in sight on how to proceed, senators on Monday are expected to resume consideration of a nominee to head the Small Business Administration as they return to town for business after a holiday break.

Trump is accused of abusing his power by asking Ukraine to announce a corruption investigation of former Vice President Joe Biden, a leading candidate for the Democratic nomination to face Trump in the November presidential election.

He was also accused of obstructing Congress by directing administration officials and agencies not to cooperate with the House impeachment inquiry.

Trump says he did nothing wrong and has dismissed his impeachment as a partisan bid to undo his 2016 election win.

With Trump’s fellow Republicans controlling the Senate with a 53-47 majority, he is unlikely to be convicted and removed from office, which would require a two-thirds majority vote.

Democrats, however, hope they could peel off a few Republicans to push through a resolution for witnesses, which would only require a simple majority.

“We need the truth,” Senate Democratic leader Chuck Schumer said on Twitter. “Not a cover-up. Not a nationally televised mock trial with no evidence.”

Trump has one of best weeks - apart from impeachment

Trump rails against delay in moving impeachment to Senate