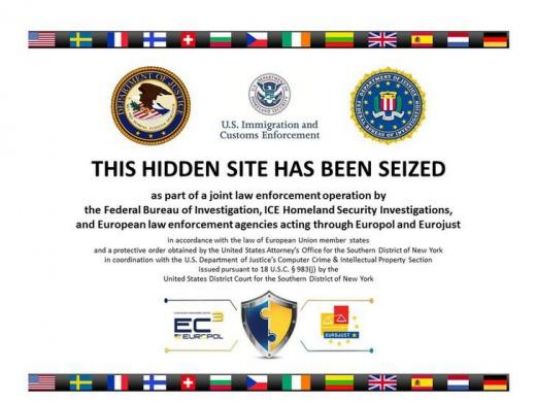 The accused mastermind behind the Silk Road underground website was sentenced on Friday to life in prison for orchestrating a scheme that enabled more than US$200 million (£130.8 million) of anonymous online drug sales using the digital currency bitcoin.
Ross Ulbricht, 31, was sentenced by US District Judge Katherine Forrest in Manhattan after a federal jury in February found him guilty of charges including distributing drugs through the Internet and conspiring to commit computer hacking and money laundering.
"What you did was unprecedented," Forrest said. "And in breaking that ground as the first person, you sit here as the defendant having to pay the consequences for that."
Ulbricht stood silently as Forrest announced the sentence, which also included an order to forfeit $183.9 million.
Outside of court, Joshua Dratel, his lawyer, promised an appeal, calling the sentence "unreasonable, unjust and unfair."
A sniffling Ulbricht, who had admitted to creating Silk Road but denied wrongdoing at trial, told the judge before being sentenced that, contrary to what the prosecutors argued, he did not build Silk Road out of greed.
"I wanted to empower people to make choices in their lives and have privacy and anonymity," he said.
Serrin Turner, a prosecutor, said Ulbricht was like any drug other kingpin, having fantasized about becoming a billionaire through his criminal enterprise and taking extreme steps, including soliciting murders, to protect it.
"This was not some disinterested do-gooder," he added.
Silk Road operated for more than two years, allowing users to anonymously buy drugs and other illicit goods and generating over $214 million in sales in the process, prosecutors said.
They said Ulbricht ran Silk Road under the alias Dread Pirate Roberts, a reference to a character in the 1987 movie "The Princess Bride."
The website relied on the Tor network, which lets users communicate anonymously, and accepted bitcoin as payment, which prosecutors said allowed users to conceal their identities and locations.
Prosecutors said Ulbricht, who grew up in Austin, Texas, took extreme steps to protect Silk Road, soliciting the murders of several people who posed a threat. No evidence exists the murders were carried out.
The online black market was shutdown in October 2013, when authorities seized the website and arrested Ulbricht at a San Francisco library.
Prosecutors say Silk Road became a blueprint for other so-called "dark market" websites that allow illegal drug sales, a phenomenon law enforcement agencies continue to battle.
"Ulbricht went from hiding his cybercrime identity to becoming the face of cybercrime and as today’s sentence proves, no one is above the law," Manhattan US Attorney Preet Bharara said in a statement.
At trial, Dratel said his client had indeed created what he intended to be a "freewheeling, free market site" where all but a few harmful items could be sold.
Dratel said Ulbricht handed off the website to others after it became too stressful, and was lured back toward its end to become the "fall guy" for its true operators.
Ahead of sentencing, prosecutors urged Forrest to take into account how at least six people died from overdoses on drugs linked to Silk Road. The parents of two of them spoke at the hearing.
One was a man who identified himself only as Richard, whose son, named Bryan B. in court papers, overdosed in Boston in 2013 using heroin authorities said was bought on Silk Road.
"He did not consider the impact on society of the expansion of the market for deadly drugs," the father told Forrest.
Ulbricht, who appeared in court in blue jail clothing, apologized to the families, saying he never wanted to harm anyone. He said he had ruined his life.
"I wish I could go back to convince myself to take a different path," he said. "But I can't do that."
The case is US v. Ulbricht, US District Court, Southern District of New York, No. 13-06919.