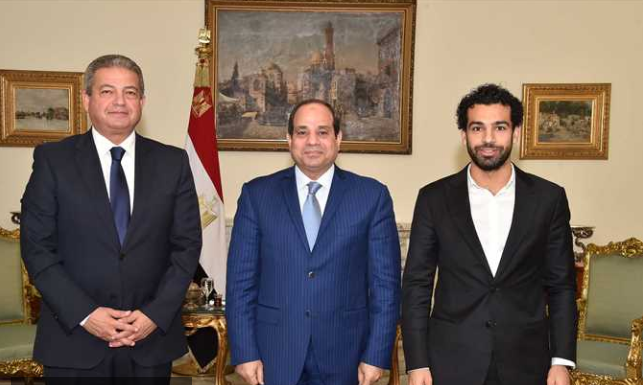 “I congratulate the son of Egypt, Mohamed Salah, for his achievement which requires pride, and affirms the amazing capabilities of Egyptians in all fields. I’m proud of him and of every Egyptian who upholds the name of Egypt,” Sisi said on his Twitter page.

Salah was crowned the 2017/18 Premier League Player of the Year by the PFA after his spectacular ongoing 41-goal debut season.

In a remarkable feat, the Egyptian king snatched the celebrated award after fierce competition with Manchester City midfielder Kevin De Bruyne and Spurs forward Harry Kane, to become the first Egyptian player to win the award.

Salah is the second African player to win the award, after Algerian and Leicester City star Riyad Mahrez, who won the award in the 2015-16 season.

Salah also became the seventh Liverpool player to win the award in the club’s history.