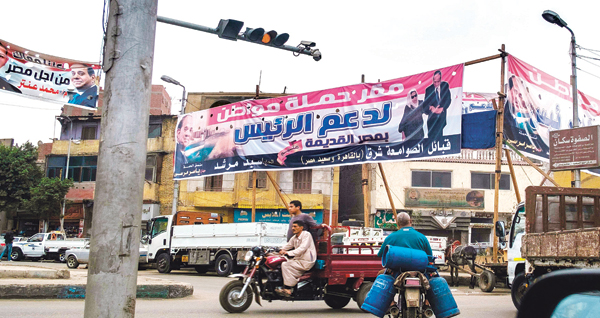 The campaign’s official spokesperson Mohammed Abu Shoqa asserted that state officials will not participate in the campaigns. He said, “during 2014, we faced a lot of lies and rumors. We committed ourselves to the utmost restraint, either in expression or behaviour, to be more committed to the law.”

Shoqa added that the campaign’s maximum costs will be LE20 million, adding that Sisi’s campaign is preparing to hold meetings, interviews and conferences with the press.

Meanwhile, Mousa Mostafa Mousa held two meetings with Arab tribes and members of his Ghad party on Saturday to start the electoral campaign, which mainly will include two rallies in Cairo and Giza as well as several conferences nationwide.

Mousa’s supporters posted banners on the party’s walls in Cairo’s downtown and printed thousands of pamphlets containing a brief on Mousa and his electoral program.

I am not funded nor have I been pressured to run for presidency: Moussa