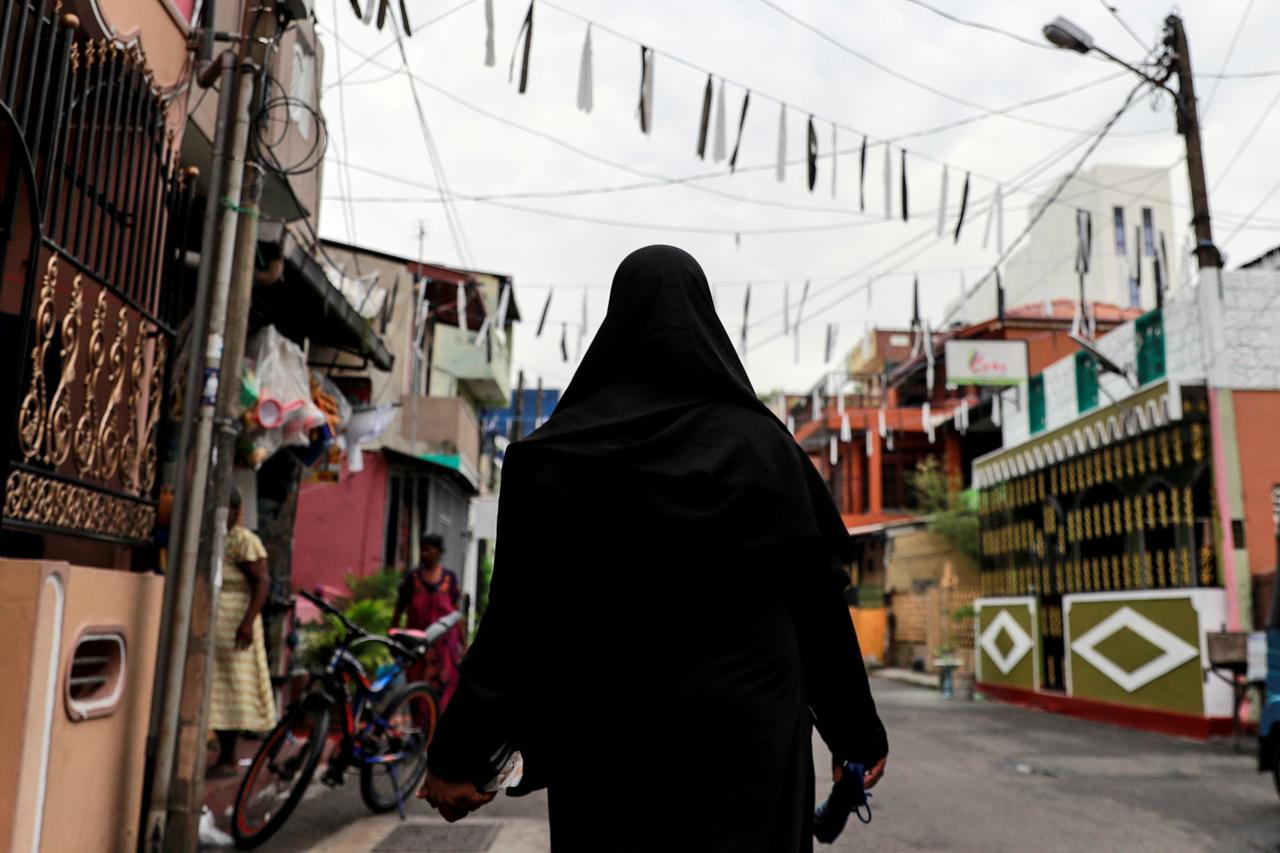 The measures would help security forces to identify people as a hunt for any remaining attackers and their support network continues across the Indian Ocean island, authorities said.

But there are concerns within the Muslim community that a prolonged ban could fuel tensions in the religiously-diverse nation that emerged from a civil war with ethnic minority Tamil separatists a decade ago.

Officials have warned that the militants behind the April 21 suicide bombings on hotels and churches that killed over 250 people were planning more attacks, using a van and bombers disguised in military uniforms.

“It is a presidential order to ban any dress covering faces with immediate effect,” Dharmasri Bandara Ekanayake, a spokesman for President Maithripala Sirisena, told Reuters.

Separately, Prime Minister Ranil Wickremesinghe, who is feuding with Sirisena, issued a statement saying he had asked the justice minister to draft regulations to ban the burqa.

The All Ceylon Jamiyyathul Ulama (ACJU), the top body of Islamic scholars in Sri Lanka, said they supported a short-term ban on security grounds, but opposed any attempt to legislate against burqas.

“We have given guidance to the Muslim women to not to cover their faces in this emergency situation,” ACJU assistant manager Farhan Faris said after the scholars asked the government to drop plans for a law against the burqa and niqab.

“If you make it a law, people will become emotional and this will bring another bad impact … it is their religious right,” he told Reuters.

About 9.7 percent of Sri Lanka’s roughly 22 million people are Muslim. Only a small minority of women, usually in Muslim areas, fully hide their faces.

“That needless restriction means that Muslim women whose practice leads them to cover up now won’t be able to leave home,” the group’s executive director Kenneth Roth tweeted.

In Kattankudy, the Muslim-majority hometown of Mohamed Hashim Mohamed Zahran, the suspected leader of the militant group behind the attacks, there few women in the streets and none had their faces covered.

Two women declined to be interviewed by Reuters. Residents said only a small percentage of women in the town wear the burqa.

Owais Ibrahim, a Muslim shopkeeper, said he supported a ban on face coverings for security reasons.

“If it is not allowed it is not a problem,” he told Reuters. “If we are living in Sri Lanka, we must respect their rules.”

IS says its fighters behind police clashes in Sri Lanka