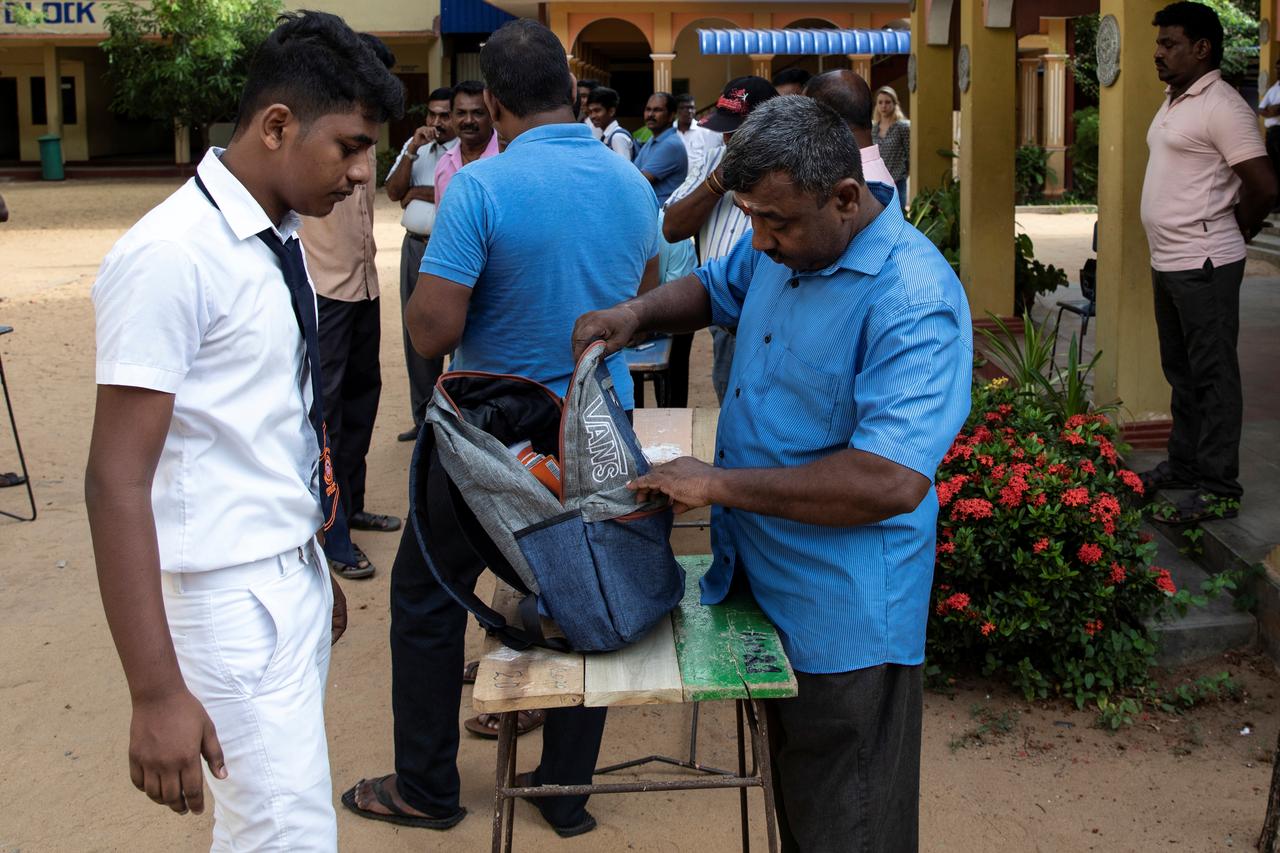 NEGOMBO, Sri Lanka/COLOMBO (Reuters) – Sri Lanka police arrested two men after a personal feud led to clashes between two sectarian groups in a beachside resort north of the capital, the site of one of the deadliest Easter Sunday suicide bombings, as schools reopened to near-empty classes.

Two weeks after 257 people were killed by Islamist militants in hotels and churches across the country, police were hunting plotters on the loose as fears grew of ethnic clashes targeting Muslims.

Islamic State has claimed responsibility for the bombings.

Police spokesman Ruwan Gunasekera said a clash on Sunday between two individuals in Negombo, where 102 people attending an Easter service were killed on April 21, quickly escalated.

Government sources told Reuters that some Catholics and Muslims clashed, prompting an overnight curfew in Negombo.

A Reuters witness saw at least one shop, an office, three motorbikes and three three-wheel taxis had been damaged. Gunesekera said there were no reports of any serious injuries.

Archbishop of Colombo Malcolm Ranjith and some Muslim religious leaders visited the area to try to defuse the tension and asked liquor shops to be closed.

A brief ban on social media platforms imposed during the clash was lifted, but authorities said they would stay alert for threats against Muslims.

Security remained tight across the country as state schools resumed classes on Monday, but many anxious parents kept their children at home.

Mid-to-upper stream classes resumed on Monday, a day after soldiers conducted a security sweep of schools. Lower grades are expected to resume on May 13.

Despite the tight security and military patrols, most classrooms were near empty. Private schools, including Catholic institutions, remained closed.

“I have decided not to send my son to school until the country returns to normal,” said Sujeeva Dissanayake, whose son goes to the state-run Asoka College in Colombo.

Security forces are on high alert after intelligence reports indicated militants could strike before the start of the Islamic holy month of Ramadan, which is due to begin on Monday.

Muslim schools will be closed for the holidays.

Archbishop Ranjith, who has criticized the government’s handling of security around key establishments, has asked for Catholic schools in the Western Province, which includes Colombo and its suburbs, to close this week.