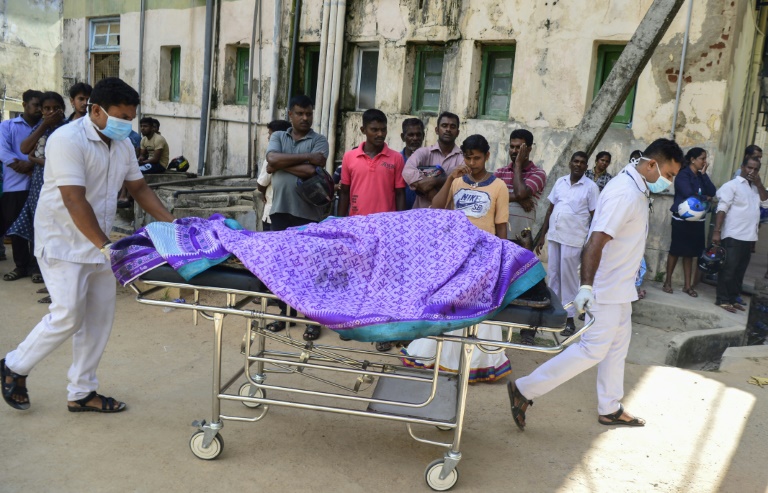 Another 12 foreigners remain unaccounted for and could be among still unidentified bodies at Colombo’s police morgue, foreign ministry officials said.

Five wounded foreigners were still in hospital after the April 21 blasts at churches and hotels claimed by the Islamic State group.

A ministry statement said the highest number of victims were from India (11) followed by Britain (six), China (four) and Denmark (three).

There were six other people with more than one nationality.

Previously authorities had said that 40 foreign nationals were killed and had not given a breakdown on their nationalities.

“Human remains of 25 foreign nationals have been repatriated by Monday evening,” the foreign ministry said in a statement.

“Additionally, 12 foreign nationals are unaccounted for at present, and could be among the unidentified victims at the Colombo Judicial Medical Officer’s mortuary.”

Identification of those killed at the luxury hotels was difficult because many of the bodies were badly mutilated, health authorities have said.

The government has declared a state of emergency after the devastating blasts and banned two jihadists groups accused of responsibility for the bombings.

Many tourists have left the country after the attacks and there has been a sharp decline in the number of foreigners visiting the island after several countries warned against travel to Sri Lanka.

Sri Lanka’s finance ministry expects a 30-percent decline in tourist arrivals this year leading to a loss in revenues of about $1.5 billion.

IS says its fighters behind police clashes in Sri Lanka