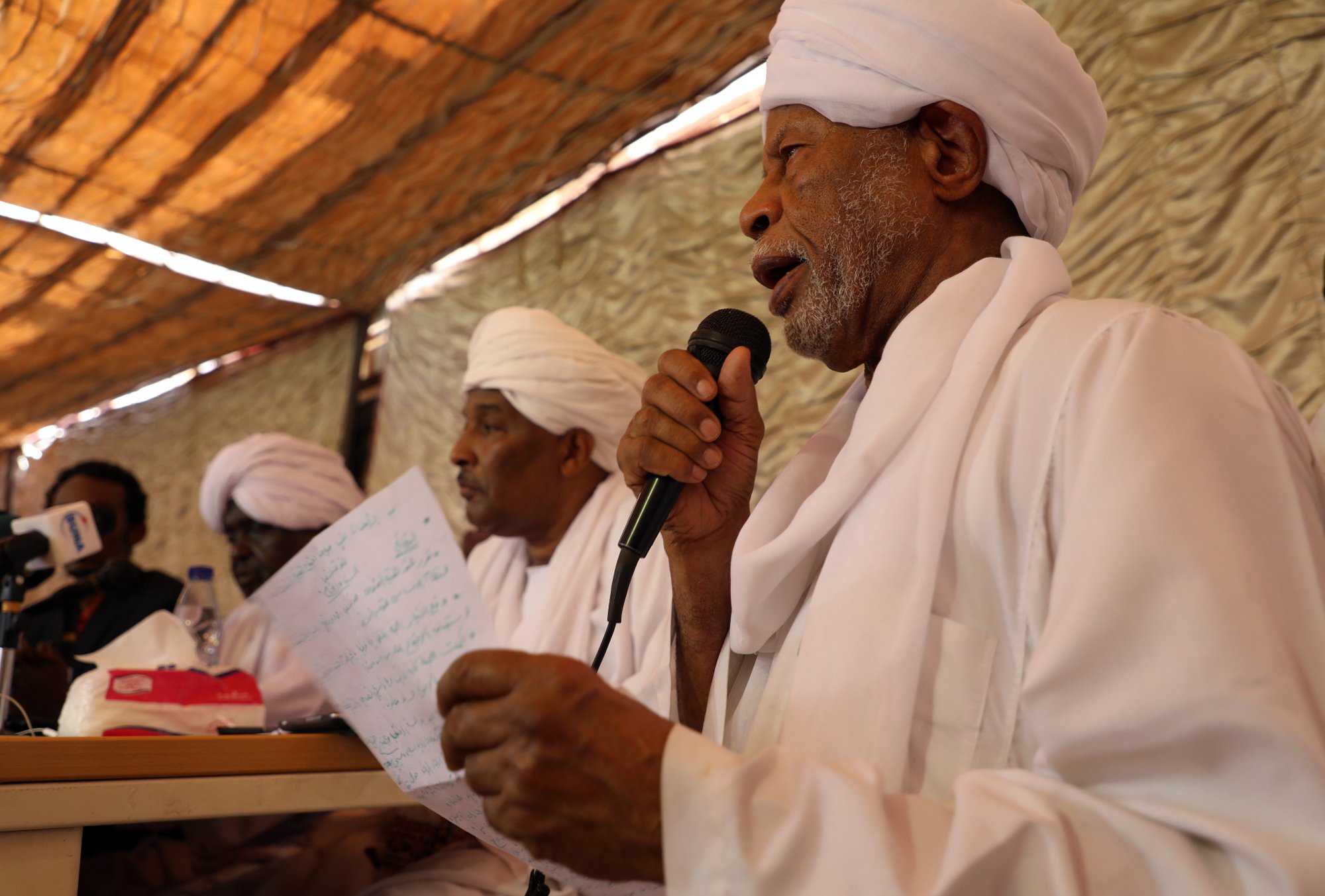 CAIRO (AP) — The Sudanese protesters who succeeded in driving President Omar al-Bashir from power say their revolution won’t be complete until they have dismantled what many describe as an Islamist-dominated “deep state” that underpinned his 30-year rule.

That has already escalated tensions with the transitional military council, leading to the resignation of three Islamist members last month after the protesters refused to meet with them. An Islamist political party said protesters attacked one of its meetings , wounding more than 60 members in clashes, and a hard-line preacher cancelled a march in support of Islamic law over fears of violence.

The conflict between the pro-democracy protesters and Islamists could further stall the transition to civilian rule, already the subject of tense negotiations between the protesters and the military. It could also draw in regional powers as Egypt, Saudi Arabia and the United Arab Emirates look to counter Islamist factions across the region and Qatar and Turkey lend them support.

The 1989 military coup that brought al-Bashir to power was orchestrated by Hassan al-Turabi, a charismatic intellectual who founded the country’s modern Islamist movement. Fearing a Western backlash, al-Turabi disguised his Islamic revolution as a military coup, even having himself briefly detained in an effort to conceal his role.

Under al-Turabi’s guidance, the government imposed a harsh version of Islamic law in the 1990s that included amputations and stoning as punishment for some crimes, and which heavily restricted women’s rights. It conscripted self-styled mujahedeen, or holy warriors, to battle rebels in Christian and animist south Sudan, and created an array of Islamist militias to impose its edicts. The government also welcomed Islamic militants from around the world, including Osama bin Laden, before expelling him in 1996 under international pressure.

Al-Bashir and al-Turabi later had a falling out, but even as al-Bashir adopted a more pragmatic stance in the 2000s, he remained committed to political Islam.

They “politicized the army and other state institutions and enabled regime insiders to take control of key sectors and companies within the economy,” she said. “This Islamist deep state constitutes a formidable barrier to real change.”

It’s unclear how much support Islamists have outside the government. The last time Sudan held free elections, in 1986, al-Turabi’s National Islamic Front came in a distant third behind two long-established mainstream parties. The poor showing may have been behind al-Turabi’s decision to embark on a top-down Islamic revolution three years later.

The Popular Congress Party, established by al-Turabi after his falling out with al-Bashir in 1999, was part of the opposition for years before joining al-Bashir’s government in 2017, a year after al-Turabi’s death. It did not officially support the protests against al-Bashir but criticized the crackdown against the protesters, which killed nearly 100 people. Abu Bakr Abdel Razek, a senior member of the PCP, said the group had “martyrs” among the protesters killed in the crackdown, and had threatened to withdraw from the government if al-Bashir forcibly dispersed the main sit-in.

The party held a meeting last week that it said was attacked by protesters. Both the military council and the Sudanese Professionals Association, which spearheaded the protests against al-Bashir, condemned the violence. But the protesters often chant slogans against Islamists at their rallies, referring to them by the slang word “keizan.”

The PCP and other Islamists have gravitated toward the military council in the weeks since al-Bashir’s April 11 ouster.

“Most of the Islamist groups have been supporting a strong role for the military in the transitional period, probably because they see them as a potential shield against secularists in the opposition Forces of Freedom and Change,” said Willow Berridge, a professor at Newcastle University who has written a book about al-Turabi and Sudan’s Islamists.

In a Friday sermon in late April, Abdel-Hay Youssef, an ultraconservative preacher in Khartoum with a wide following, accused the protest movement of seeking to “dictate their own will on the people.”

“Did you take to the streets to impose laws that contradict people’s identity and to divorce God’s Shariah (Islamic law) from the government?” he asked. Youssef rejected the blueprint for transition to civilian rule suggested by protesters and called upon the military to protect the role of Islam in the government. He later called for a mass rally in support of Shariah, but cancelled it after saying he had received assurances from the military council that Islamic laws would not be abolished.

The military council is led by Gen. Abdel-Fattah Burhan, a rare non-Islamist among the top military brass. Three Islamist members of the council resigned last month after the protesters complained that they were too close to al-Bashir, who has been jailed in Khartoum along with several other top officials.

The two sides have yet to agree on a blueprint for the transition, and the protesters have vowed to stay in the streets until the military hands power to civilians. At a mass rally on Thursday, protesters chanted: “Dirty Burhan, who brought him? It is the Islamists.”

“Any clean break (with the former regime) would require dismantling the shadow Islamist militias and comprehensive security sector reform under civilian oversight,” said Marsden, the Sudan expert. “This process is likely to take some time as the deep state has been created over a period of 30 years.”