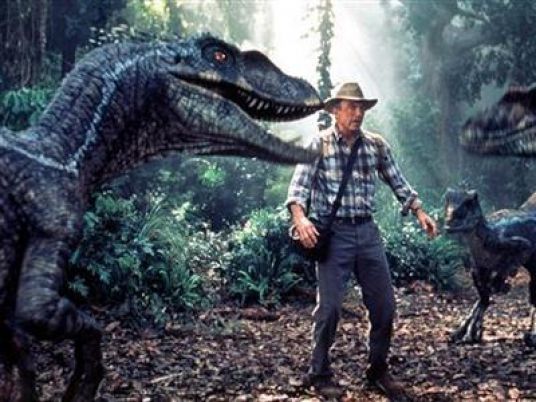 After a lackluster 2014 summer, Hollywood has bounced back with one of its best seasons ever. But the most surprising part of the turnaround is that superheroes aren't the ones who saved the day.
Instead, Hollywood's summer was led by a banner season from Universal Pictures, the lone major studio with nary a cape in its cupboard. With a record-setting $5.3 billion-plus in revenue so far this year, Universal has powered Hollywood to a near record summer with a diverse string of hits including the season's top film "Jurassic World" ($1.6 billion worldwide), the top animated hit, "Minions," and one of the most successful sequels, "Pitch Perfect 2."
After the summer limps to a close over Labor Day weekend, the North American box office will have tallied about $4.4 billion in ticket receipts, according to box office data firm Rentrak. That's second only to the record $4.75 billion summer of 2013 and an improvement of about 7.5 percent from last summer's downturn.
And the superhero-less Universal led the way.
"It's a lot of hard work, but it's also an indication that we're tapping audiences in different ways with the different kind of movies we're releasing," says Nick Carpou, distribution head for Universal. "I think our diverse slate doesn't tend to tire people out."
If superhero domination is slipping at all, it's not by much. "Avengers: Age of Ultron" was the summer's second highest grossing film in North America with $457.7 million, and Marvel has already staked out prime summer release dates for years to come, the billions sure to follow.
But this was the first summer since the final "Harry Potter" chapter in 2011 that a comic book movie didn't top all films.
"Ant-Man" (seventh place with $170.1 million) was bedeviled by creative differences and fell well short of Marvel's last irreverent entry, the mammoth summer 2014 hit "Guardians of the Galaxy." And Fox's "Fantastic Four," which the director Josh Trank, himself, suggested was marred by studio overreach, was the biggest superhero debacle in at least a decade. Its $25.7 million opening sent analysts back to the likes of 2004's "Catwoman" to find a comic book disaster of similar proportions.
It will probably go down as merely a dent in the superhero movie's armor, but it's also possible that the summer of 2015 will later be seen as a turning point. As Steven Spielberg reminded in a recent interview with The Associated Press, these things are cyclical: "There will be a time when the superhero movie goes the way of the Western," he said.
More important, perhaps, is that the movie business is generally quite healthy – robust, even. Despite clamors over the effect of digital media and the competition of television, films are finding success in a variety of ways. The summer proved that many of the characteristics that have long driven hits – a reputation for quality (Pixar's "Inside Out"), the allure of top-flight stunts ("Mission: Impossible – Rogue Nation"), a sense of cultural timeliness ("Straight Outta Compton"), blinding B-movie thrills ("Mad Max: Fury Road") – still work just fine.
"What audiences are looking for – and they found it, in large part, this summer – is a lot of options, a lot of different types of movies," says Paul Dergarabedian, senior media analyst for Rentrak. Universal, he says, "took what most would see as a negative and turned it into a positive by their movies seeming absolutely fresh."
There were bombs, just as there always are. Disney's "Tomorrowland," starring George Clooney, made barely $200 million globally – a mark Sony's heavily marketed "Pixels," with Adam Sandler, hasn't reached. And Warner Bros.' "The Man From U.N.C.L.E.," based on the `60s TV series, also failed to entice audiences.
Reboot fever, too, was set back with the latest attempt to revive the "Terminator" franchise with Paramount's "Genisys." Coming six years after the last entry, "Salvation," it made a lackluster $89.4 million. (It has fared better in its recent release in China.)
Some of the slack was picked up by releases that easily outgained their budgets, like Amy Schumer's "Trainwreck" ($105.5 million domestically) and Melissa McCarthy's "Spy" ($110.4 million").
"The summer lives and dies based on the smaller movies," says Phil Contrino, chief analyst for BoxOffice.com. "You need those surprises in there to really make a summer healthy. You can't really solely on blockbuster because sometimes they bomb."
Though the summer failed to set a record, Dergarabedian believes 2015 may still set new overall highs, potentially surpassing $11 billion in North America and $40 billion worldwide. The fall boasts some of the year's biggest films, including "Star Wars: The Force Awakens," the latest James Bond film, "Spectre," and the final "Hunger Games" installment – none of which, it should be noted, happen to feature superheroes.