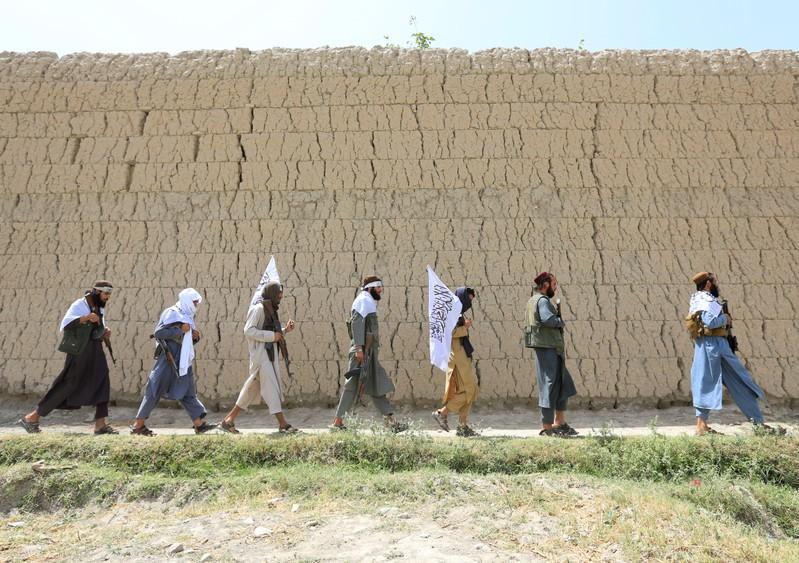 KABUL/PESHAWAR, Pakistan (Reuters) – The Taliban have rejected Kabul’s offer of talks next month in Saudi Arabia where the militants, fighting to restore strict Islamic law in Afghanistan, will meet US officials to further peace efforts, a Taliban leader said on Sunday.

Representatives from the Taliban, the United States and regional countries met this month in the United Arab Emirates for talks to end the 17-year war in Afghanistan.

But the Taliban have refused to hold formal talks with the Western-backed Afghan government.

“We will meet the US officials in Saudi Arabia in January next year and we will start our talks that remained incomplete in Abu Dhabi,” a member of the Taliban’s decision-making Leadership Council told Reuters. “However, we have made it clear to all the stakeholders that we will not talk to the Afghan government.”

Taliban spokesman Zabihullah Mujahid also said the leaders of the group would not talk to the Afghan government.

The militants have insisted on first reaching an agreement with the United States, which the group sees as the main force in Afghanistan since US-led forces toppled the Taliban government in 2001.

Diplomatic efforts to resolve the conflict have intensified after Taliban representatives started meeting US envoy Zalmay Khalilzad this year. Officials from the warring sides have met at least three times to discuss the withdrawal of international forces and a ceasefire in 2019.

But the United States has insisted that any final settlement must be led by the Afghans.

According to data from the NATO-led Resolute Support mission published in November, the government of President Ashraf Ghani has control or influence over 65 percent of the population but only 55.5 percent of Afghanistan’s 407 districts, less than at any time since 2001. The Taliban say they control 70 percent of the country.

A close aide to Ghani said the government would keep trying to establish a direct line of diplomatic communication with the Taliban.

“Talks should be Afghan-led and Afghan-owned,” the aide said on condition of anonymity.

“It is important that the Taliban acknowledge this fact.”

US President Donald Trump has announced a pullout of American troops from Syria, a decision that prompted the resignation of Defense Secretary James Mattis, and there have been reports that he is considering a partial pullout from Afghanistan.

'Worse every day': Afghans expect 2019 to be even deadlier