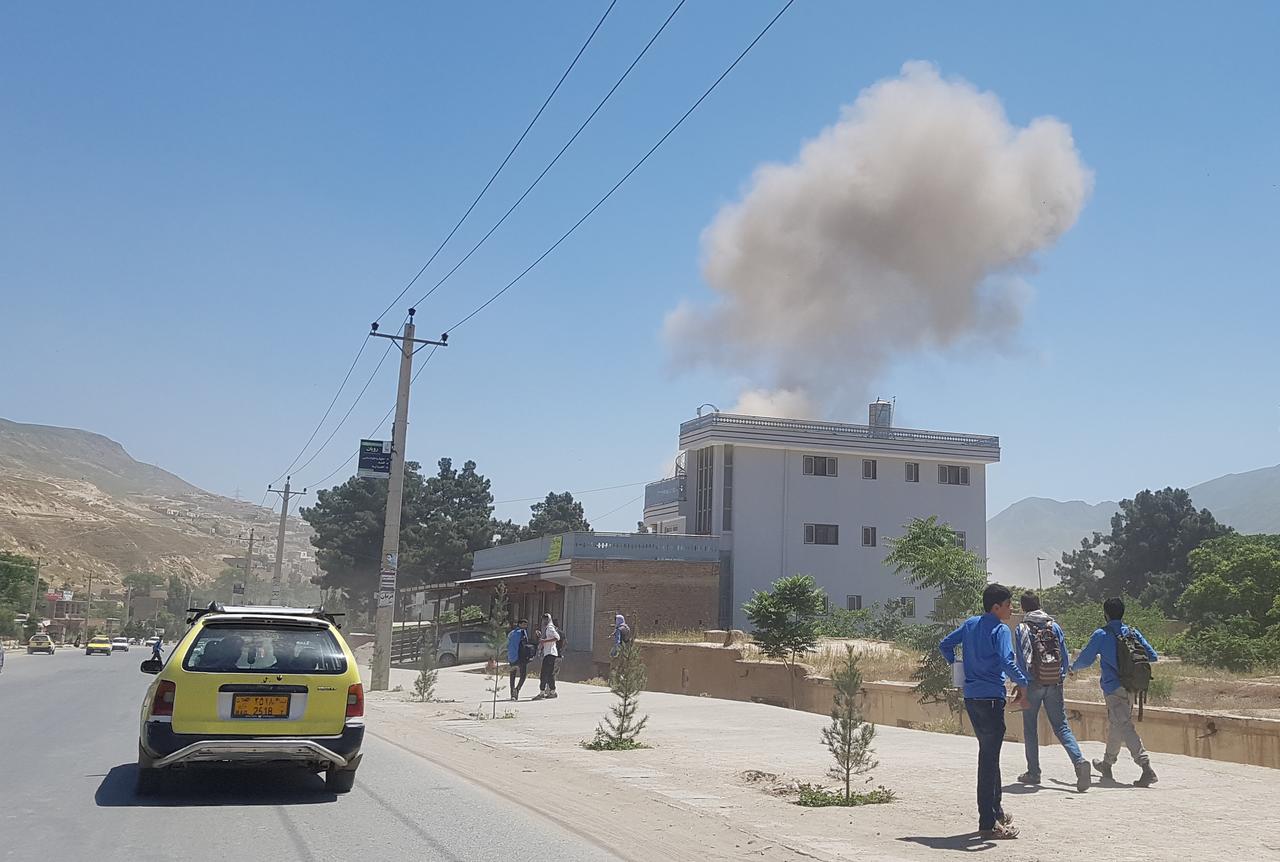 KABUL (Reuters) – At least seven people were killed and 55 wounded after a Taliban suicide bomber detonated his explosives-laden car at a police headquarters in northern Afghanistan on Sunday, with officials saying clashes between gunmen and security forces continued.

An interior ministry official in Kabul said the bomber blew up a Humvee loaded with explosives at the entrance gate of police headquarters in the city of Pul-e-Khumri.

“At least seven civilians and security officials have been killed. We have also received bodies of women and children,” said Abdul Aleem Ghafari, deputy provincial health director in Pul-e-Khumri.

A member of the Baghlan provincial council said clashes were ongoing and that it had sought immediate deployment of security forces from neighboring provinces.

The Taliban, which is seeking to restore strict Islamic rule and, claimed responsibility for the attack.

Nasrat Rahimi, a spokesman at the Interior Ministry in Kabul, said that several Taliban fighters had managed to penetrate the police headquarters.

“Two of the attackers have been shot dead and operations are underway to eliminate militants engaged in a gun battle with Afghan forces,” said Rahimi.

The Taliban frequently capture US-made armored Humvee vehicles from Afghan forces to load with explosives and use them as car bombs to breach military fortifications.

They have stepped up attacks on security installations, even as they hold direct talks with US officials to end the war in Afghanistan.

The hardline Islamists group holds sway over more territory than at any point since its ousting by US-led troops after the Sept. 11 attacks on the United States in 2001.

The group rejected appeals made last week by Afghan President Ashraf Ghani and the US special envoy for peace in Afghanistan, Zalmay Khalilzad, to declare a ceasefire in the 17-year conflict.

Afghan-born US diplomat Khalilzad is leading the sixth round of talks with the Taliban in Doha to pursue a deal that would bring the withdrawal of foreign forces in return for Taliban security guarantees.

“All sides agreeing to reduce violence is a necessary step toward achieving that outcome and the morally responsible choice to make. We stand ready,” Khalilzad wrote on Twitter on Saturday.

Khalilzad’s comments came a day after Ghani said he was prepared to call an “immediate” and “permanent” ceasefire.

About 45,000 Afghan security forces have been killed since Ghani took office in September 2014.

The Taliban said they will not lay down their arms ahead of the holy month of Ramadan.

“A ceasefire will only get discussed once a deal about foreign force withdrawal gets finalised,” Suhail Shaheen, the Taliban’s Doha-based political spokesman, told Reuters.

The Resolute Support Mission in Afghanistan consists of 17,000 troops, about half of them from the United States. A smaller number of US troops operate in Afghanistan under a counter-terrorism mission.

The United Nations’ top official in Afghanistan, Tadamichi Yamamoto, on Sunday called on all parties to halt the fighting before Ramadan.

Kabul on lockdown as assembly discusses peace with the Taliban