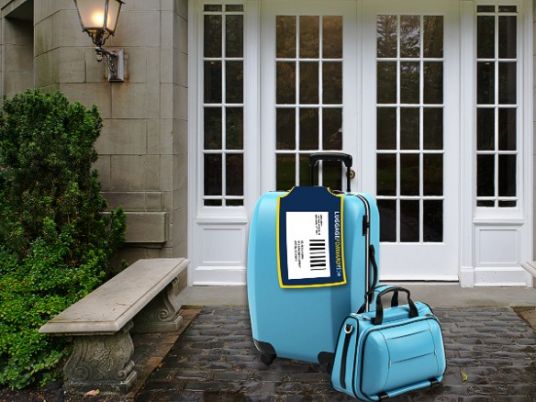 There's never been a better time to be a tourist.
Whether it's a cool new app helping find the best flight deal or a website to help book an authentic meal in a stranger's home in a foreign city, travel tech has made it easier than ever to make the most of your time away from home.
And it's all thanks to the people behind today's great industry innovations — including these 11 individuals who make us more excited than ever to hit the road.
Chris Lopinto, ExpertFlyer.com Claim to fame: Getting you out of the middle seat
We've surfed the Internet to find the best airline deal, only to get stuck in the middle seat on a plane with limited reclining space and no legroom whatsoever.
If we'd checked out ExpertFlyer.com beforehand, that scenario wouldn't have happened.
Co-founded by Long Island, New York, native Chris Lopinto, it's a free app and subscription-based website that offers a bit of empowerment for frequent bargain travelers.
Lopinto says ExpertFlyer was born out of he and his co-founders' own bad experiences as frequent fliers.
They designed the site to give users a way to check ticket prices or "fare buckets" (along with respective restrictions), availability of award tickets and upgrades (in real time) and create automated searches for a better seat based on traveler guidelines (seat alerts) before purchase.
Even travel agencies and airlines themselves are now using ExpertFlyer's Seat Alerts app.
Layton Han, ADARA ADARA CEO Layton Han.
Claim to fame: Dissecting complex travel data
Next time anyone gets a tweet from an airline about a seat upgrade opportunity, it's more than likely Layton Han was behind it.
As the man in charge of the ADARA Magellan platform, Han works with 80 of the world's most established travel brands, including Delta, United and Hertz.
The way it works is ADARA collects information from 300 million travelers to customize marketing and advertising messages, personalize websites and tailor customer communications based on individual preferences.
Before joining ADARA, Han co-founded the online loyalty marketing company MyPoints.com (now owned by United Airlines).
"Today, there are many different ways to communicate with existing and potential customers, such as through social media and mobile applications," says Han.
"Travel brands need to develop and synchronize customer-marketing messages across various channels."
Harri Kulovaara, Royal Caribbean Cruises Claim to fame: Adding thrills to massive cruise ships
Harri Kulovaara, who heads up fleet design and new build operations for Royal Caribbean International and Celebrity Cruises — his official title is "executive vice president of maritime and new building" — has a passion for the creating biggest, most advanced and most thrilling theme parks at sea.
In fact, the world's four biggest passenger ships have been built under his watch — each one rocking 16 decks, 2,700 staterooms and the capacity to carry 6,000 passengers.
Kulovaara, a naval architect with more than 20 years in the cruise industry, also launched the world's first smartship — Quantum of the Seas — in 2014.
This monster has two virtual balconies, skydiving at sea, an oversea viewing pod, an 82-foot-long zip line, a handcrafted carousel, a floating bar, robotic bartenders and a 10-floor waterslide than lands into a giant champagne bowl.
Roberto Milk, NOVICA

Claim to fame: Changing the way we shop for souvenirs
The "ah-ha" moment for Roberto Milk, co-founder and CEO of NOVICA (partly owned by National Geographic), came while he was in a Portuguese language class at Stanford University.
His professor remarked how hard it was for traditional Brazilian artists to make a living off their craft, giving Roberto the idea of creating an online, fair trade marketplace — all while working as an investment banker.
In 1999, Novica was born.
Fifteen years on, shoppers can now browse more than 45,000 pieces of limited edition and one-of-a-kind handmade works of art — including artisan-crafted jewelry, handmade apparel and world-style home decor — and get them delivered right to their door.
Championing local artists, NOVICA has given back almost $50 million to creatives worldwide by connecting them directly to consumers.
Geraldine Calpin, Hilton Worldwide Geraldine Calpin, head of digital for Hilton Worldwide.
Claim to fame: Opening hotel doors
Walking up to the check-in counter of a hotel could soon be an old school experience thanks to the technological leadership of Geraldine Calpin, global head of digtal and vice president of global ecommerce for Hilton Worldwide.
She's bringing the same level of convenience travelers are used to when booking airlines and car rentals to hotel rooms.
This year Calpin, who joined Hilton International in 2002 and is also VP of global ecommerce services, is spearheading an initiative that will enable Hilton's guests to unlock rooms with their smartphones, a technology that has existed for some years but not been implemented on a global scale.
Guests can browse through floor plans at more than 4,100 properties globally before making a personalized room selection.
Then, they can check in digitally using the smartphone app.
Ed Kushins, HomeExchange.com Claim to fame: Swapping bedrooms
The idea of trading bedrooms with a complete stranger might not be for everybody, but for those who want to save money and literally live like a local when on vacation there's HomeExchange.com.
California-based founder Ed Kushins' came up with the the idea in 1992 as a solution to the high expense of accommodations and the lack of cultural immersion that traditional hotels and resorts offer.
Kushins, a former US Navy submarine office, was way ahead of his time. Back then, it was a printed, mailed book.
Today it's the largest online home exchange network in the world.
To date, HomeExchange.com has facilitated an estimated 1 million property swaps worldwide.
Dale Moser, Coach USA/Megabus.com Claim to fame: Making bus travel hip again
Thanks to Dale Moser, CEO of Coach USA/Megabus.com, bus travel doesn't have to conjure images of sketchy seat mates and smelly washrooms.
Armed with a state-of-the-art fleet of double-decker buses equipped with Wi-Fi, power outlets, the latest safety technology and tickets that start at $1 sold online, Moser created "The Megabus Effect" and made traveling by bus between cities cooler and affordable.
By marketing to college students and young professionals, Moser has guided Coach USA, Coach Canada and Megabus into a $700 million business — with Megabus.com alone serving more than 40 million customers in just nine years, in more than 120 cities across North America.
Ruzwana Bashir, Peek Claim to fame: Saving travelers hours in research time
Co-founded by CEO Ruzwana Bashir in 2011, Peek is a digital platform best described as an online concierge — a one-stop site for travelers looking to book one-of-a-kind experiences, from swimming with sharks to shopping with stylists.
It's especially key for those of us disillusioned by the sheer quantity of attractions on the mainstream travel booking sites — and conflicting user reviews that accompany them.
With Peek, the theory is, we know we're getting the goods.
The platform combines Peek.com — the online marketplace — with PeekPro.com, a suite of back-end software tools that power online bookings for activity operators on their own websites.
With Bashir leading the way, Peek Pro has grown more than 500% in the last year, while the Peek team has more than tripled in size.
How'd she do it?
Probably doesn't hurt that she's got an MBA from Harvard Business School — where she was a Fulbright scholar — and a BA in economics from Oxford University.
Zeke Adkins and Aaron Kirley, Luggage Forward Aaron Kirley and Zeke Adkins, Luggage Forward co-founders.
Claim to fame: Skipping the luggage carousel
After spending a fair amount of time schlepping bags through airports, Aaron Kirley and Zeke Adkins set out to form a company that ensures bags arrive at the destination at the same time as travelers — by mailing them.
Why not just check the bags?
Luggage Forward offers a reliable and cost-effective door-to-door luggage delivery service that saves time, excess baggage fees and customs hassles.
Naturally, the founders — who met in high school — say the idea sprang from their own unfortunate experiences lugging bags through airports.
Travelers can ship luggage and sports gear (bikes, skis, snowboards, golf clubs) to more than 200 countries and territories worldwide using Luggage Forward.
Travis Kalanick, Uber Claim to fame: Changing the way we get from point A to point B
Of all the names on this list, Uber founder Travis Kalanick definitely has created the most headlines.
And not all of them favorable, with everyone from taxi drivers and journalists to politicians coming out to criticize his ride-booking app.
Just last week, the French government ordered Paris police to crack down on Uber after violence erupted at demonstrations by taxi drivers against the online ride service.
Neither fans nor Kalanick appear to be deterred.
His app is now available for travelers in close to 300 cities on six continents.
According to a report in the Wall Street Journal, he sent a letter to investors announcing plans to invest more than $1 billion in its Chinese business this year.
Kalanick is also fighting to get legal access to major U.S. airports, most of which ban ride-sharing service drivers from picking up passengers.
Your next airport pickup could be just a click away, if Kalanick has his way.