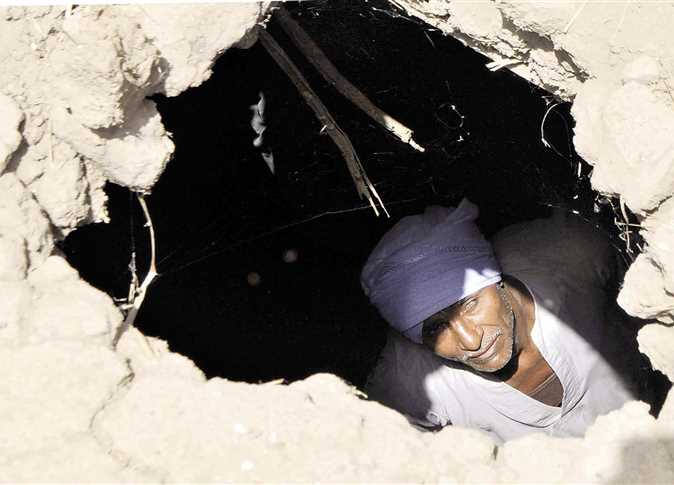 Many upper Egyptian families are suffering from the destruction brought on by termites in Luxor and Aswan eating through everything with wood, such as floors or furniture, to the point that some houses are at the brink of collapse.

Abdel Wahab Fakhry, a Nubian resident told Al-Masry Al-Youm that the termites usually spread in hot places, and the real danger is that they rely on wood for their food, pointing out that most Nubian houses use natural materials such as palm trunks and leaves.

“For years, termites have been eating everything, digging around ceramics, destroying most of the housing floors, but the problem is that ministry campaigns have been suspended since last year. Hot weather has also encouraged termite swarms to be present most of the year and the ministry’s pesticide is weak, as the insects disappear for a period and then return again,” Fakhry lamented.

Fakhry added that the people of the village have suffered many losses from the lack of cleaning campaigns, with most the roofs of houses were destroyed in addition to furniture and kitchenware.

Prime Minister Moustafa Madbouly assigned both the Minister of Agriculture and the Governor of Luxor to follow up the problem and to rapidly move onward to fight the pests and report to him with updates on the situation.

Madbouly moreover stressed on the importance of taking preventive measures to avoid any further damages in the future, stating that the government looks forward to tackling all problems facing citizens across the nation.

Khalid Abdel Rady, undersecretary of the Ministry of Agriculture in Luxor, said that a campaign to fight the termites was carried out in several houses in the villages of Qurna, al-Toud, Esna and Arment in Luxor.

Agriculture minister seeks harsher punishment for excessive use of pesticides