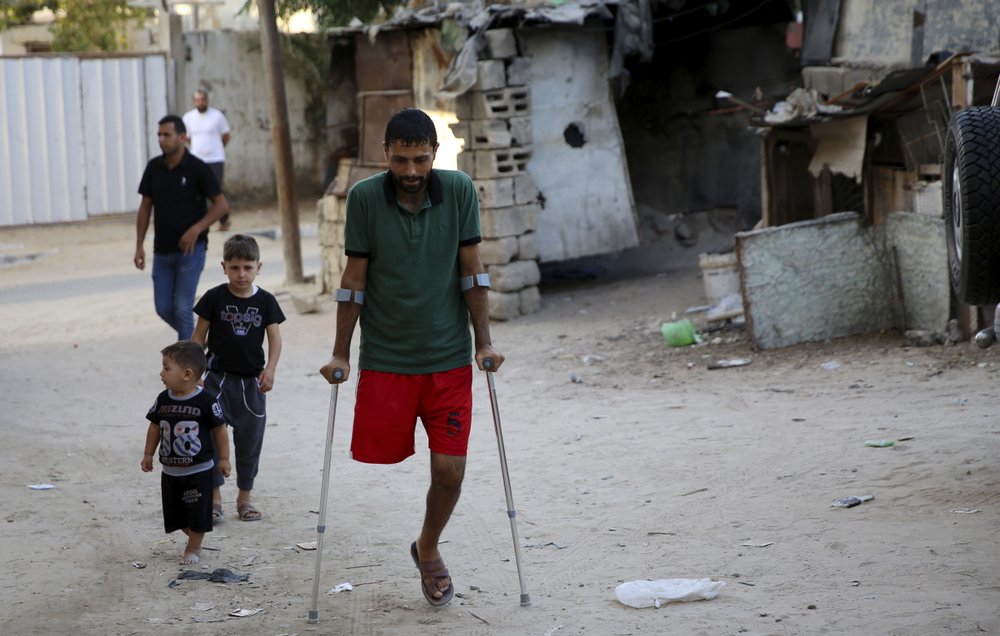 GAZA/JERUSALEM (Reuters) — A U.S. charity building a tent hospital in the Gaza Strip is causing Palestinian unease by offering foreign medical volunteers the opportunity of weekend tourism in Israel, just across the volatile border.

The facility, to be operated by the U.S. evangelical Christian group FriendShips, had won rare joint support from Gaza’s Islamist rulers Hamas and their enemy, Israel, which maintains a blockade along its frontier with the enclave.

Now, however, eyebrows are being raised in Gaza over a Holy Land pilgrimage pitch on the Louisiana-based organization’s website that is promoting an endeavor to improve health services strained by years of conflict.

The 50-bed encampment in northern Gaza across from Israel’s Erez border crossing “will offer a wonderful opportunity to work in an important and productive project and, at the same time, to see and enjoy the Biblical sites of Israel”, the website said.

Volunteers at the facility would be expected to work and live onsite Monday through Thursday but they “will be free to go to Israel and tour” on their days off, it said.

Asked about the NGO’s tourism perk to volunteers, Hamas official Basim Naeem said: “We are certainly against using our people’s suffering to market Israel or attracting employees at our people’s expense.”

There was no suggestion from Hamas that it was about to scrap the project as a result of the sightseeing offer.

A de facto truce brokered between Israel and Hamas by Qatar, Egypt and the United Nations after deadly cross-border fighting in May included the mediators’ support for the field hospital.

Gaza’s 13 hospitals often lack equipment for specialized treatments, while its two million residents need hard-to-obtain permits from Israeli authorities to get medical care in Israel and the Israeli-occupied West Bank.

The FriendShips encampment will have “telemedicine for worldwide consultation with specialists” and eventually offer cancer treatment and PTSD therapy, among other services, the NGO’s website says.

“It will either be an uplifting humanitarian tool for our people, or it will be asked to leave immediately,” senior Hamas official Khalil Al-Hayya said.

FriendShips, which previously operated a tent hospital along Israel’s border with Syria, did not respond to multiple requests for comment and it was not clear when the facility would open.

Israel declined to comment on the project. It keeps Gaza under a blockade, citing security concerns posed by Hamas, with which it has fought three wars and waged dozens of other deadly skirmishes over the past decade.

But the hospital’s construction with private U.S. funding drew criticism from Hamas’s rivals in the Palestinian Authority (PA), which exercises limited self-rule in the West Bank.

“It will be an American-Israeli military base put forward on the land of Gaza Strip,” said Mai Alkaila, the PA’s health minister.

Image: In this Wednesday, Oct. 2, 2019 photo, Palestinian amputee Ziad al-Madani, who lost his leg when he was shot by Israeli troops during a protest on the border, walks on the main street of Khan Younis, Gaza Strip (AP Photo/Adel Hana)

Palestinian journalist may lose eye after shot by Israel