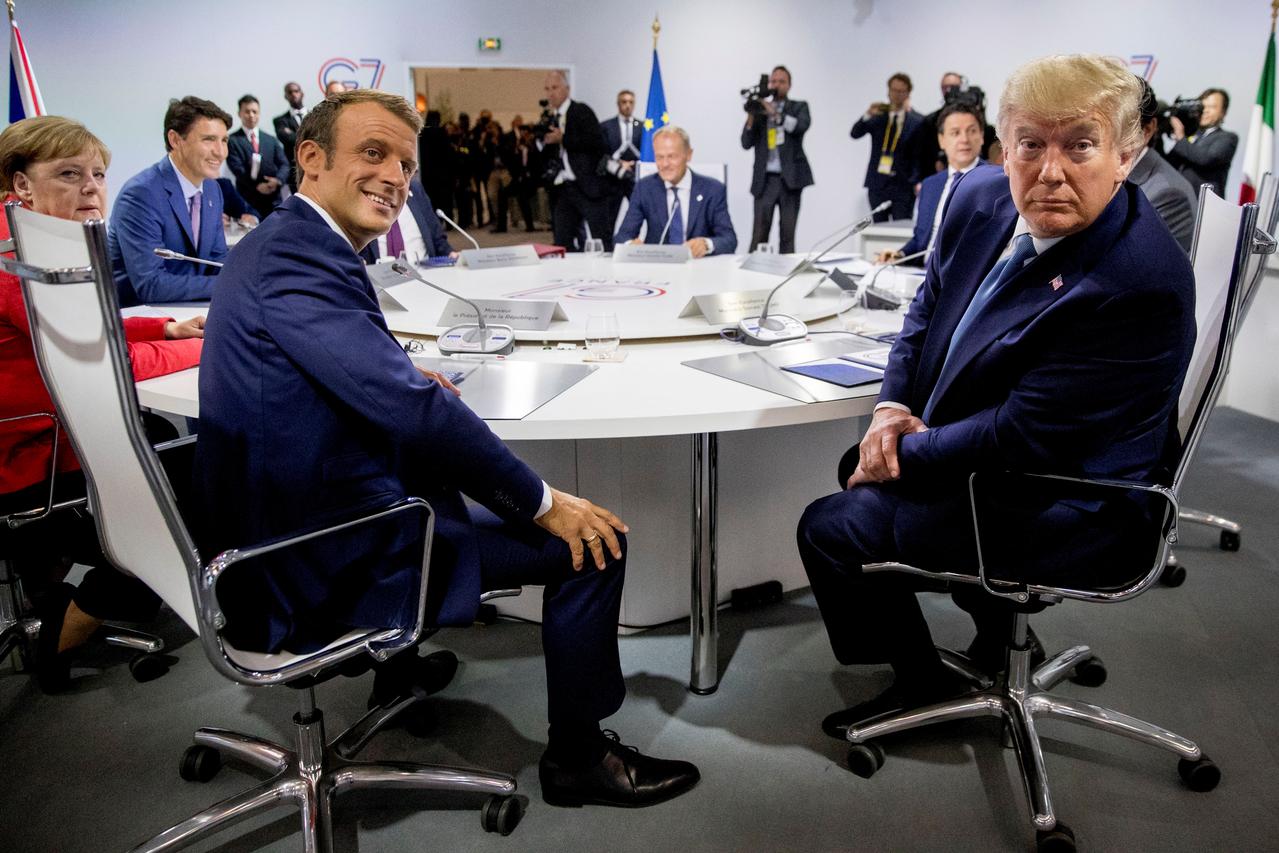 BIARRITZ, France (Reuters) – US President Donald Trump appeared to brush aside French efforts to mediate with Iran on Sunday, saying that while he was happy for President Emmanuel Macron to reach out to Tehran to defuse tensions he would carry on with his own initiatives.

European leaders have struggled to tamp down the brewing confrontation between Iran and the United States since Trump pulled his country out of Iran’s internationally-brokered 2015 nuclear deal and reimposed sanctions on the Iranian economy.

Macron, who has pushed mediation efforts in recent weeks to avoid a further deterioration in the region, had told LCI television that the G7 had agreed on joint action on Iran.

The French presidency said G7 leaders had even agreed that Macron should hold talks and pass on messages to Iran after they discussed the issue over dinner at a summit in southwestern France on Saturday evening.

However, Trump, who has pushed a maximum pressure policy on Iran, pushed back.

Asked if he had signed off on a statement that Macron intends to give on behalf of the G7 on Iran, Trump said:

“I haven’t discussed this. No I haven’t,” he told reporters, adding that Macron and Japanese Prime Minister Shinzo Abe were free to talk to Iran.

“We’ll do our own outreach, but, you know, I can’t stop people from talking. If they want to talk, they can talk.”

Macron, who has taken the lead to defuse tensions fearing that a collapse of the nuclear deal could set ablaze the Middle East, met Iranian Foreign Minister Mohammad Javad Zarif on Friday. The aim was to discuss proposals that could ease the crisis, including the idea of reducing some US sanctions or providing Iran with an economic compensation mechanism.

He was supposed to discuss those ideas with Trump on the sidelines of the G7, which also comprises Britain, Germany, Italy, Canada, Japan and the EU.

“We agreed on what we wanted to say jointly on Iran,” Macron told LCI television. There is a message from the G7 on our objectives and the fact that we share them is important, which avoids divisions that in the end weaken everybody.”

“Everyone wants to avoid a conflict. Donald Trump was extremely clear on that point.”

He said the priority remained to prevent Iran obtaining nuclear weapons and defuse tensions in the Gulf, but he gave no details.

“We have to continue to take initiatives and in the coming weeks that on the one hand there are no more Iranian decisions that contradict this objective and that we open new negotiations,” Macron said.

In response to the tougher US sanctions and what it says is the inability of European powers party to the deal – France, Britain and Germany, to compensate it for its lost oil revenue, Tehran has responded with a series of moves, including retreating from some of its commitments to limit its nuclear activity made under the deal.

The United States has made no indication it will ease any sanctions and it is unclear what kind of compensation mechanism Macron wants to offer Iran given at this stage a proposed trade channel for humanitarian and food exchanges with Iran is still not operational.

Macron has also said that in return for any concessions he would expect Iran to comply fully with the nuclear deal and for Iran to engage in new negotiations that would include its ballistic missile programme and regional activities.

Iran-backed militias blame US for attacks on bases in Iraq

Iran moves to strike 4 zeroes from its battered currency