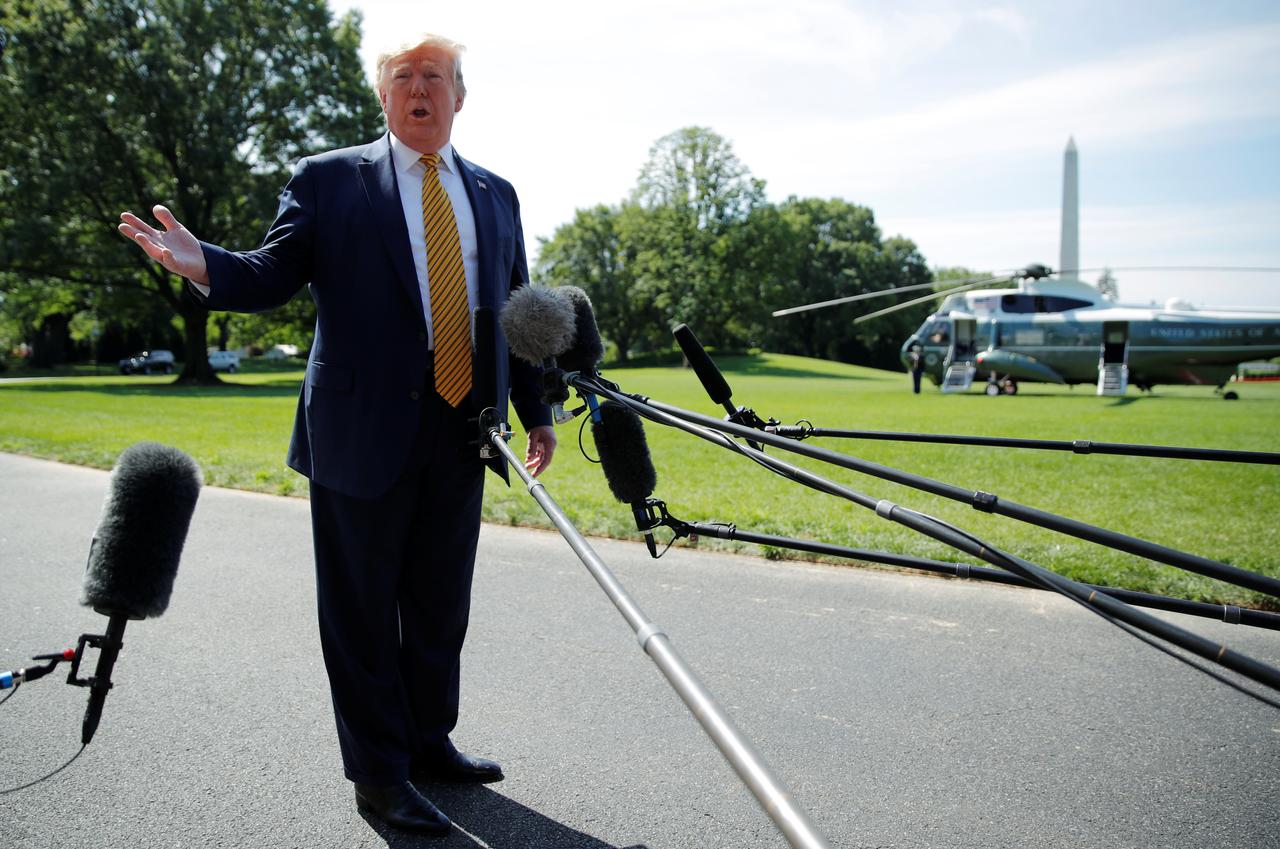 WASHINGTON (Reuters) – US President Donald Trump said on Saturday he would postpone mass deportation raids for two weeks as he seeks compromise with Democratic leaders on immigration issues.

The president was under pressure from Democrats to call off the roundup, which was expected to target families in up to 10 US cities on Sunday.

US House of Representatives’ Speaker Nancy Pelosi, the top Democrat in Congress, asked Trump by phone on Friday night to call off the raids, according to a person familiar with the matter. Pelosi also urged religious leaders on Saturday to put pressure on Trump.

The president, a Republican, has made illegal immigration a centerpiece of his administration and is highlighting the issue in his campaign for the 2020 election.

He has railed against an increase in people crossing the US southern border, many from Central America who are seeking refuge in America under US asylum laws. On Saturday he said the US Immigration and Customs Enforcement agency was focused on getting the transnational street gang MS-13 out of the United States.

Trump said in a Twitter message he was delaying the raids at the request of Democrats to see if a compromise could be reached. If a solution isn’t found to “Asylum and Loophole problems,” he said, “Deportations start!”

Many asylum seekers from Guatemala, Honduras and El Salvador cite gang violence driven largely by groups like MS-13 as the reason they come to the United States for refuge.

Neither Pelosi nor Senator Chuck Schumer, the top Democrat in the Senate, had immediate comment on the delay. Pelosi said earlier in the day the expected raids would “inject terror into our communities” and tear families apart. “The President’s action makes no distinction between a status violation and committing a serious crime,” Pelosi said.

Mark Morgan, acting director of ICE, said this week his agency would target for deportation families that have received a removal order from a US immigration court.

An operation was slated to launch on Sunday and expected to target up to 2,000 families facing deportation orders in as many as 10 US cities, including Houston, Chicago, Miami and Los Angeles, the Washington Post reported on Friday.

Trump wrote on Twitter earlier on Saturday that ICE will apprehend people who have run from the law. “These are people that are supposed to go back to their home country,” Trump wrote.

Trump says US to begin removing 'millions' of illegal migrants