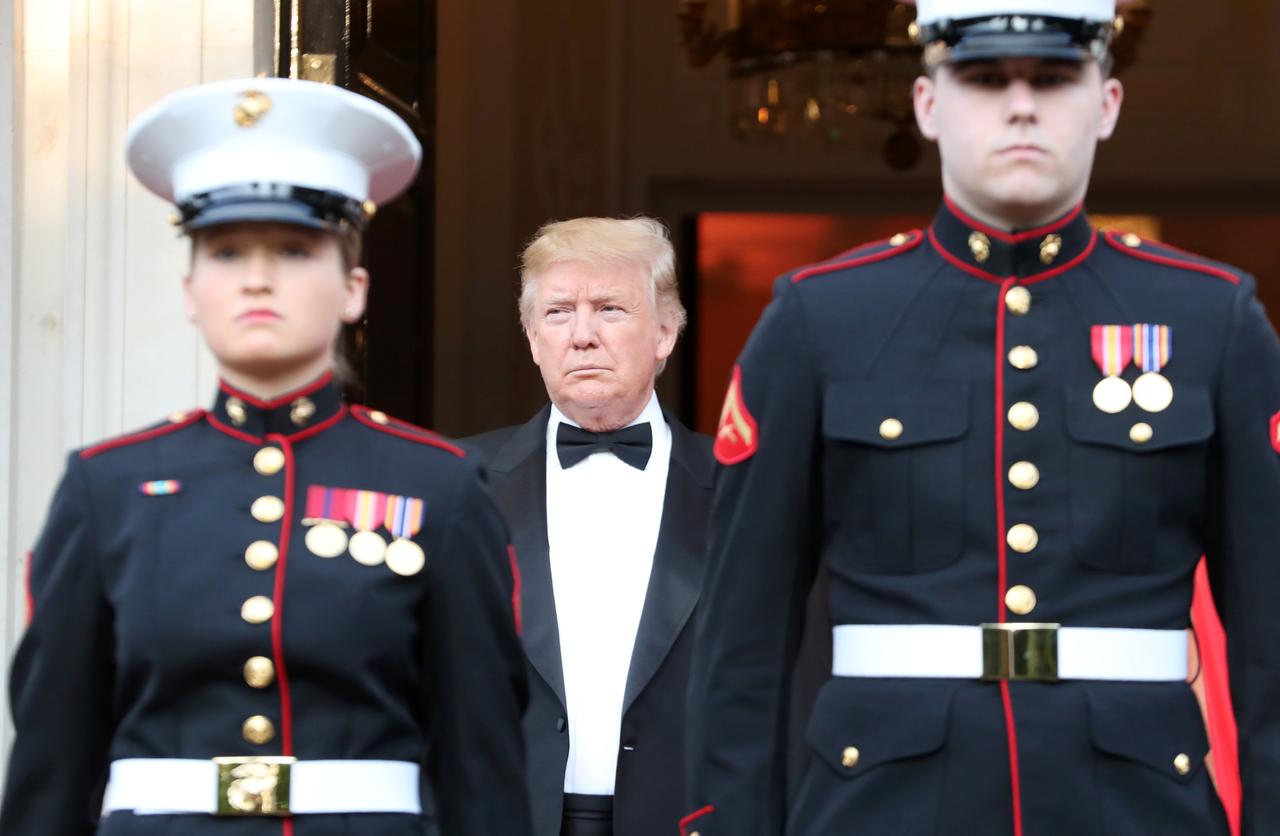 LONDON (Reuters) – US President Donald Trump said he was prepared to talk to Iranian President Hassan Rouhani but that there was always a chance of US military action against the Islamic Republic.

“So Iran is a place that was extremely hostile when I first came into office,” Trump told British television station ITV. “They were a terrorist nation number one in the world at that time and probably maybe are today.”

He said, when asked, that he was prepared to talk to Rouhani: “Yeah of course. I would much rather talk.”

Image: US President Donald Trump looks on ahead of a dinner with Britain’s Prince Charles, Prince of Wales and Camilla, Duchess of Cornwall, at Winfield House, during their state visit in London, Britain June 4, 2019. Chris Jackson/Pool via REUTERS

Iran will defend itself against any aggression, says foreign minister

Iran stays within nuclear deal's main limits while testing another