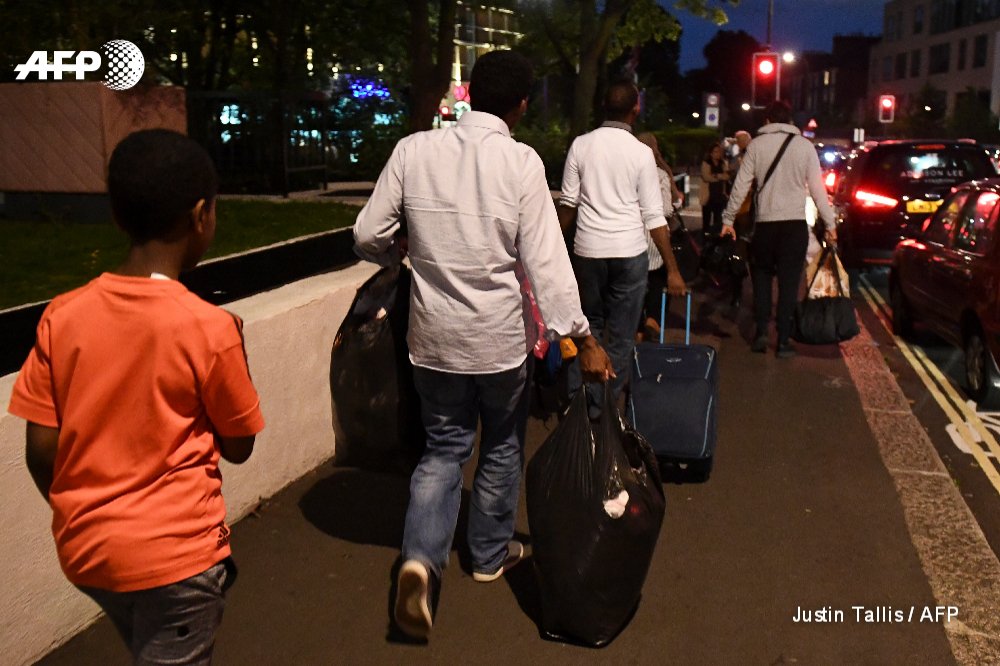 US and North Korean officials met Sunday at a border truce village as preparations resumed for a high-stakes, high-drama summit that President Donald Trump suggests could help the North realize its “brilliant potential.

“I truly believe North Korea has brilliant potential and will be a great economic and financial Nation one day,” Trump said on Twitter.

“Kim Jong Un agrees with me on this. It will happen!,” the president said, confirming that a US team “has arrived in North Korea to make arrangements for the summit” between himself and North Korean leader Kim.

His upbeat language contrasted sharply to that of only three days earlier, when Trump canceled the planned summit, citing “open hostility” from the North. An extraordinary flurry of diplomacy since then — much of it led by South Korea — appears to have put the meeting back on track.

The Washington Post reported that the US delegation to the Panmunjom meeting — in the Demilitarized Zone between North and South Korea — was led by Sung Kim, a former US ambassador to South Korea and former nuclear negotiator with the North. It said the Americans met with North Korean Vice Foreign Minister Choe Son Hui.

Tokyo stocks opened higher Monday on the news, although trading was thin.

“Excessive worries receded as efforts resumed for a summit between the US and North Korea,” Okasan Online Securities strategist Yoshihiro Ito said in a commentary, which added that uncertainty remains.

The United States currently has no ambassador to South Korea, even as it takes up one of the most delicate diplomatic challenges in years.

It remains far from clear how Trump and Kim might be able to bridge what appear to be vast differences in their expectations for what would be a historic meeting. But analysts on Sunday expressed increasing confidence that it will take place.

The apparent progress in the on-again-off-again talks followed a tense and turbulent few days of diplomatic brinkmanship.

Within 24 hours of cancelling the summit Trump reversed course, saying it could still go ahead after productive talks were held with North Korean officials.

“It’s moving along very nicely,” Trump said at the White House on Saturday. “We’re looking at June 12 in Singapore. That hasn’t changed.”

His abrupt decision to pull out of the meeting had blindsided South Korea and Moon, who had been brokering a remarkable detente between Washington and Pyongyang in a bid to avoid a devastating conflict.

But Trump accompanied the cancellation with a letter to Kim that mixed tough language with an almost beseeching plea to get things back on track. Some critics mocked the letter’s tone, but it may have achieved the desired result.

James Clapper, director of US national intelligence under former president Barack Obama, told CNN: “I support the letter that President Trump sent… In some ways, Kim Jong Un may have met his match here with our very unconventional president.”

Victor Cha, who was President George W. Bush’s top advisor on North Korea and was briefly expected to get Trump’s nod as ambassador to South Korea, said Sunday he was now confident the summit will take place.

The Moon and Trump administrations very much want the meeting, he said, “and Kim says he wants a summit, so it’s going to happen.”

There are still stark differences between what the two sides hope to achieve.

Washington wants North Korea to quickly give up all its nuclear weapons in a verifiable way in return for sanctions and economic relief.

Pyongyang has a different view of denuclearization and remains deeply worried that abandoning its deterrent would leave the country — and its leader — vulnerable, especially while the United States maintains a robust military presence in South Korea.

If Trump is unable to negotiate those weapons away and unwilling to live in a world where North Korea poses a nuclear threat, then “you’re going to have to do something to go after them at some point,” the senator said.