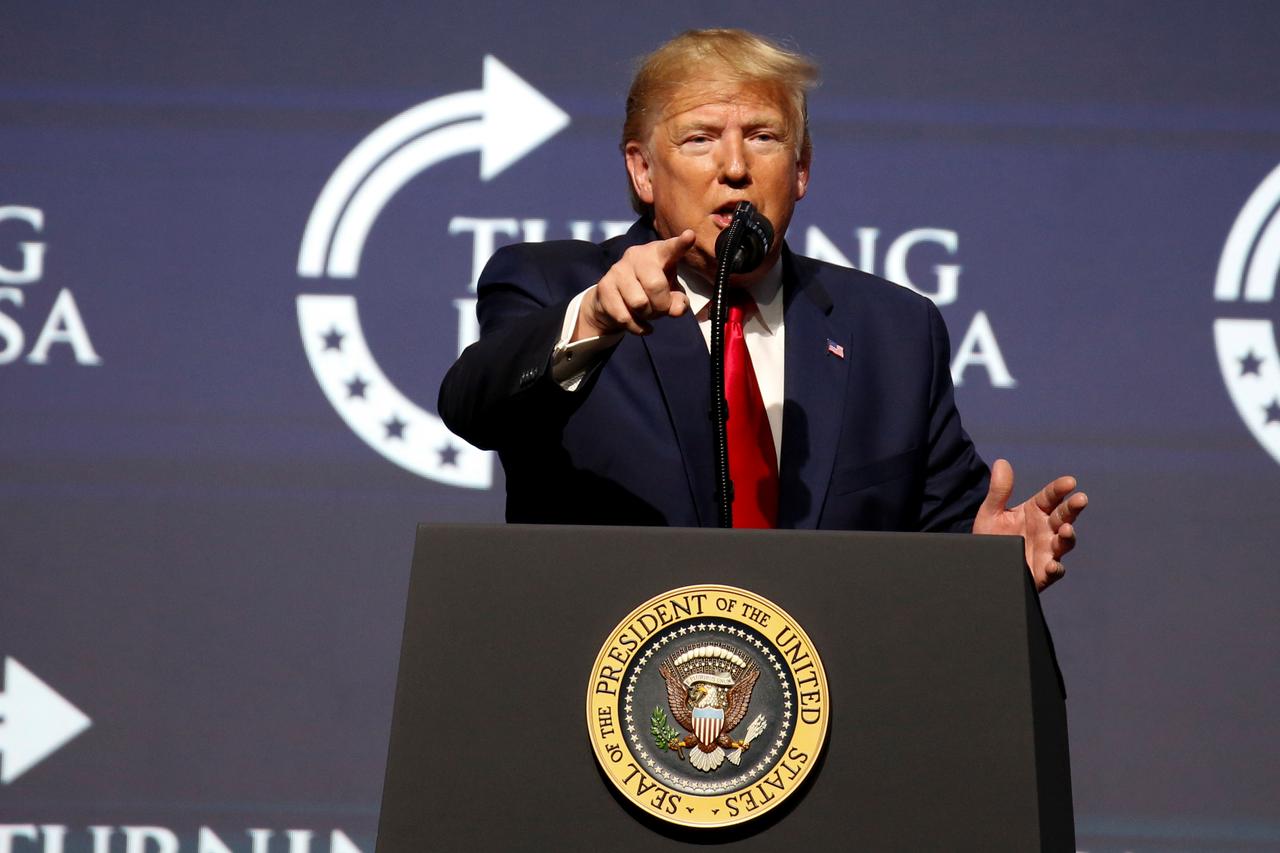 WEST PALM BEACH, Fla. (Reuters) – President Donald Trump on Saturday criticized House of Representatives Speaker Nancy Pelosi for holding off on sending the articles of impeachment against him to the Senate.

“It’s so unfair,” Trump said, days after he was impeached by the House, during a speech to conservative student group Turning Point USA, saying that Pelosi adopted the strategy because she has “no case.”

The Democratic-controlled House voted on Dec. 18 to impeach Trump, setting the stage for a trial in the Senate. Trump is very unlikely to be convicted and removed from office by the upper chamber of Congress because it is controlled by his Republican Party. A two-thirds majority vote in the Senate is needed for a conviction on impeachment charges.

Republicans and Democrats are at loggerheads over how the trial will play out. Pelosi and other Democrats want to call top Trump aides as witnesses and are seeking assurances that the trial will be held on terms they consider fair.

Senate Republican leader Mitch McConnell has said he is working in tandem with the White House on trial preparations, drawing accusations from Democrats that he is ignoring his duty to consider the evidence in an impartial manner.

Pelosi has not yet sent the impeachment package to the Senate in a bid to increase pressure on Republicans there. Pelosi has also not yet announced the managers, or prosecutors, who will present evidence in the trial.

“Until the House gets a clearer picture of what a Senate trial will look like, the Speaker will not be in the position to appoint managers and take the next steps in holding this President accountable and ensuring the Senate fulfills its constitutional duty,” Pelosi’s office said in a statement on Saturday.

Pelosi’s office said senators have a constitutional obligation to conduct a “fair process that provides both the Senators, who will act as jurors, and the public with the opportunity to understand the full extent of President Trump’s abuse of power.”

Trump is accused of abusing his power by holding back $391 million in security aid to Ukraine in an effort to get Kiev to announce a corruption investigation of former Vice President Joe Biden, a leading candidate for the Democratic nomination to face Trump in the November 2020 election.

The president is also charged with obstruction of Congress for directing administration officials and agencies not to cooperate with the impeachment inquiry.

Trump says he did nothing wrong and has dismissed his impeachment as a partisan bid to undo his 2016 election win.

Trump has one of best weeks - apart from impeachment

Trump rails against delay in moving impeachment to Senate

Trump impeached for abuse of power