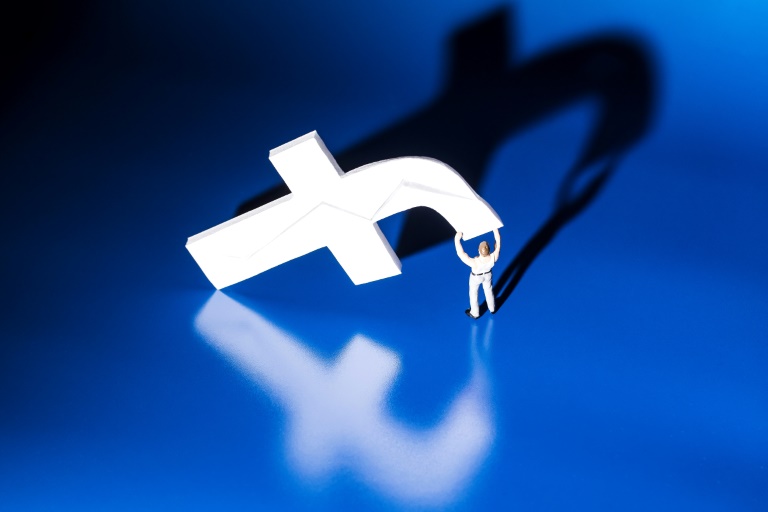 There is little evidence to back up Donald Trump’s persistent claim that social media firms “silence” or “censor” conservatives, but the notion has nonetheless gathered widespread acceptance among his considerable following.

The US president returned to the topic on Friday with a tweet saying: “Social Media Giants are silencing millions of people… People have to figure out what is real, and what is not, without censorship!”

The comments marked the second time in a week Trump has attacked tech platforms over alleged political bias.

Days earlier, he tweeted that “Social Media is totally discriminating against Republican/Conservative voices. Speaking loudly and clearly for the Trump Administration, we won’t let that happen.”

Both Twitter and Facebook deny bias in policing their platforms, and various studies suggest conservatives are thriving on social media.

The blocking of Alex Jones, who operates the conspiracy theory site Infowars, has given ammunition to those claiming motivations behind bans.

And on Friday, a US House committee announced that Twitter CEO Jack Dorsey and other tech executives will appear before a panel on September 5.

Dorsey acknowledged in a recent CNN interview that the company’s bias “is more left-leaning” but that this is not reflected on the platform.

“The real question behind the question is, are we doing something according to political ideology or viewpoints? And we are not. Period,” Dorsey said.

According to Angelo Carusone, president of the left-leaning media watchdog group Media Matters for America, conservatives are railing at social media firms “to game the refs,” and put more pressure on the platforms.

Carusone said this strategy worked in 2016 when Facebook “essentially fell for a fake news story” after claims of bias against conservatives and eliminated its “trending topics” section.

Social media firms are to blame in part, because “in an attempt to mollify their right wing critics they have reinforced and validated the critiques even though they are baseless,” he said.

Carusone said a study by his group and another by the social media monitoring firm NewsWhip found no systematic bias on tech platforms and concluded that conservatives had substantial presence on tech platforms.

But the loud complaints from the president and his supports can still influence public opinion even if the claims are untrue, notes Jeff Hemsley, a Syracuse University professor of information studies.

“Conservatives have long held the view that all media is liberal, so this is an old complaint they’re now applying to social media,” Hemsley said.

Complicating the debate is how social media feeds are organized by algorithms based on user profiles.

While some users might claim bias, “the algorithms take into account your interests, your habits and those collectively can influence what you see,” said Liz Woolery, a policy analyst at the Washington-based Center for Democracy and Technology.

Trump’s assault however raises of host of legal and political issues about the rights and obligations of social media platforms.

As private entities, they can set their own terms. If they are not public spaces they can’t be accused of censorship.

Conversely, the president’s threats could be viewed as an infringement of the constitutional rights of the companies, legal scholars say.

“Even if social media providers were biased against conservatives (and there is no evidence to support this), they would be fully permitted to do so — just like the constitution protects Fox News’s or Breitbart’s strong editorial biases,” Eric Goldman, co-director of the High-Tech Law Institute at Santa Clara University, said in a blog post.

“As a result, any action Trump might take against social media providers would be clearly and unambiguously unconstitutional.”

Still, social media firms could face pressure from the unrelenting attacks by the president, said Hemsley.

“I’m not sure the president has much legal recourse but I wouldn’t put it past this administration to try to institute laws that give the government more control over media in general and that includes social media,” said Hemsley.

Dannagal Young, a University of Delaware communications professor, said the various political factions have differing views on bias and freedom of speech.

“Liberals want social media to protect vulnerable communities from harmful speech and conservatives want the freedom to say the things they want to say,” Young said.

Woolery said one concern is that the pressure may prompt companies to take action rashly. She noted that Facebook’s curbs on political ads, for example, have impacted many users with no political agenda because of how the policy is being enforced.

“These companies are being told to do something, to do anything,” she said.

“They must be careful it doesn’t create more problems down the road.”