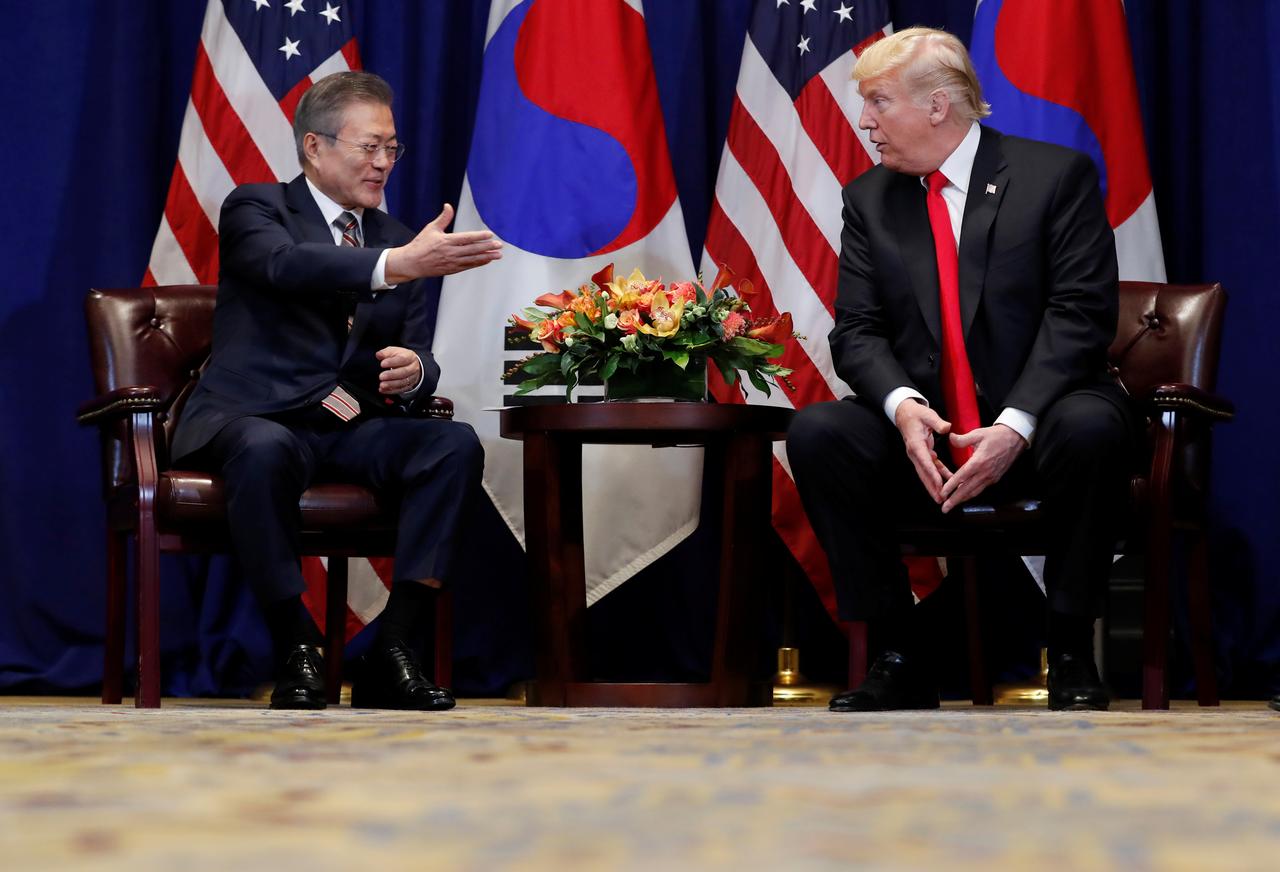 Trump is set to arrive in South Korea for a two-day visit on Saturday, and will meet President Moon Jae-in on Sunday, following a summit of G20 leaders in Japan, Moon’s spokeswoman, Ko Min-jung, said.

The announcement comes hours after US Secretary of State Mike Pompeo said he hoped a letter Trump sent to Kim could pave the way for a revival of stalled nuclear talks.

Trump and Moon would have “in-depth discussions on ways to work together to foster lasting peace through the complete denuclearization of the Korean peninsula, while strengthening the two countries’ alliance”, Ko told a news briefing on Monday.

Pompeo, who spoke of Trump’s letter to Kim before departing from Washington for the Middle East, said the United States was ready to resume talks with North Korea immediately.

“I’m hopeful that this will provide a good foundation for us to begin … these important discussions with the North Koreans,” Pompeo told reporters.

Trump is considering a visit to the demilitarized zone (DMZ) separating the two Koreas, a South Korean official said. Trump wanted to go there during a 2017 trip to South Korea but heavy fog prevented it.

Kim and Moon held their historic first summit in the DMZ last year, so a Trump visit to the border between the two Koreas this weekend could spark speculation of a meeting with Kim there.

Another official in the South Korean presidential office said she was not aware of any plan for Trump to meet Kim.

Trump and Kim held their first, ground-breaking summit in Singapore in June last year, agreeing to establish new relations and work towards the denuclearization of the Korean peninsula.

But a second summit in Vietnam in February collapsed when the two sides were unable to bridge differences between US demands for denuclearization and North Korean demands for sanctions relief.

With talks stalled, tension mounted last month when the North test-fired a series of short-range ballistic missiles, though Trump and South Korea both played won the tests.

One June 11, Trump said he had received a very warm, “beautiful” letter from Kim, adding he thought something positive would happen.

North Korea’s state news agency KCNA said on Sunday Kim had received a letter from Trump, which he described as being “of excellent content”, but did not disclose any details.

Shin Beom-chul, a senior fellow at the Asian Institute for Policy Studies in Seoul, said Trump may have proposed a new round of working-level talks but a major breakthrough was not likely for now.

“North Korea has to show what the final state of denuclearization would look like and what roadmap it has toward that end, but it’s not desirable to reopen talks just to manage the situation after recent weapons tests,” Shin told Reuters.

A US official said on Wednesday the United States had no pre-conditions for talks, but progress would require meaningful and verifiable North Korean steps to abandon its nuclear weapons program.

Pompeo did not discuss the contents of Trump’s letter, but said the United States had been working to lay foundations for discussions since the Hanoi summit was abruptly ended by Trump.

“I think we’re in a better place,” Pompeo said.

Asked if working-level discussions would begin soon, Pompeo said: “I think the remarks you saw out of North Korea this morning suggest that may well be a very good possibility. We’re ready to go, we’re literally prepared to go at a moment’s notice if the North Koreans indicate that they’re prepared for those discussions.”

Pompeo will join Trump at the G20 summit and accompany him to Seoul, after stops in Saudi Arabia and the United Arab Emirates to consult the US allies on growing tension with Iran.

Trump and Kim one year on: A "beautiful letter", stalled diplomacy