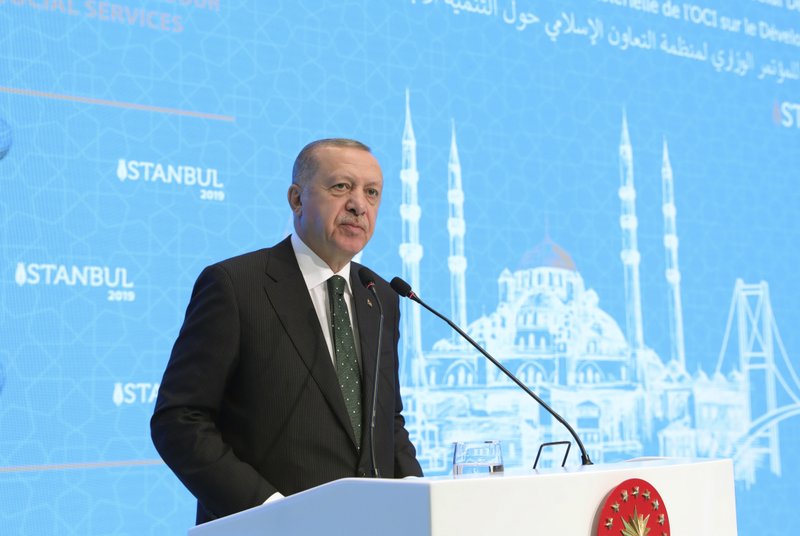 Mevlut Cavusoglu comments came amid reports that U.S. lawmakers had agreed on a defense bill that also includes calls to sanction Turkey over its decision to proceed with the purchase and deployment of Russian-made S-400 missile defense systems.

“In the event of a decision to sanction Turkey, the Incirlik and Kurecik airbases can be brought to the agenda,” Anadolu quoted Cavusoglu as saying.

He said: “Congress members must understand that it is not possible to get anywhere with sanctions.”

Incirlik airbase in southern Turkey has been a main base for U.S. operations in the Middle East and more recently in the fight against the Islamic State group in Syria and Iraq, while Kurecik, in eastern Turkey, is a key NATO base.

Turkey’s decision to proceed with the purchase of the Russian system has added to growing tensions between the two NATO allies. Washington says the Russian system poses a threat to NATO and has removed Turkey from the U.S.-led F-35 stealth fighter jet program.

Tensions were raised further after Turkey launched an incursion into northeastern Syria to drive away Syrian Kurdish forces that had partnered with the U.S. in the fight against the Islamic State group. Turkey considers the Kurdish fighters as terrorists because of their links to outlawed Kurdish rebels fighting inside Turkey.