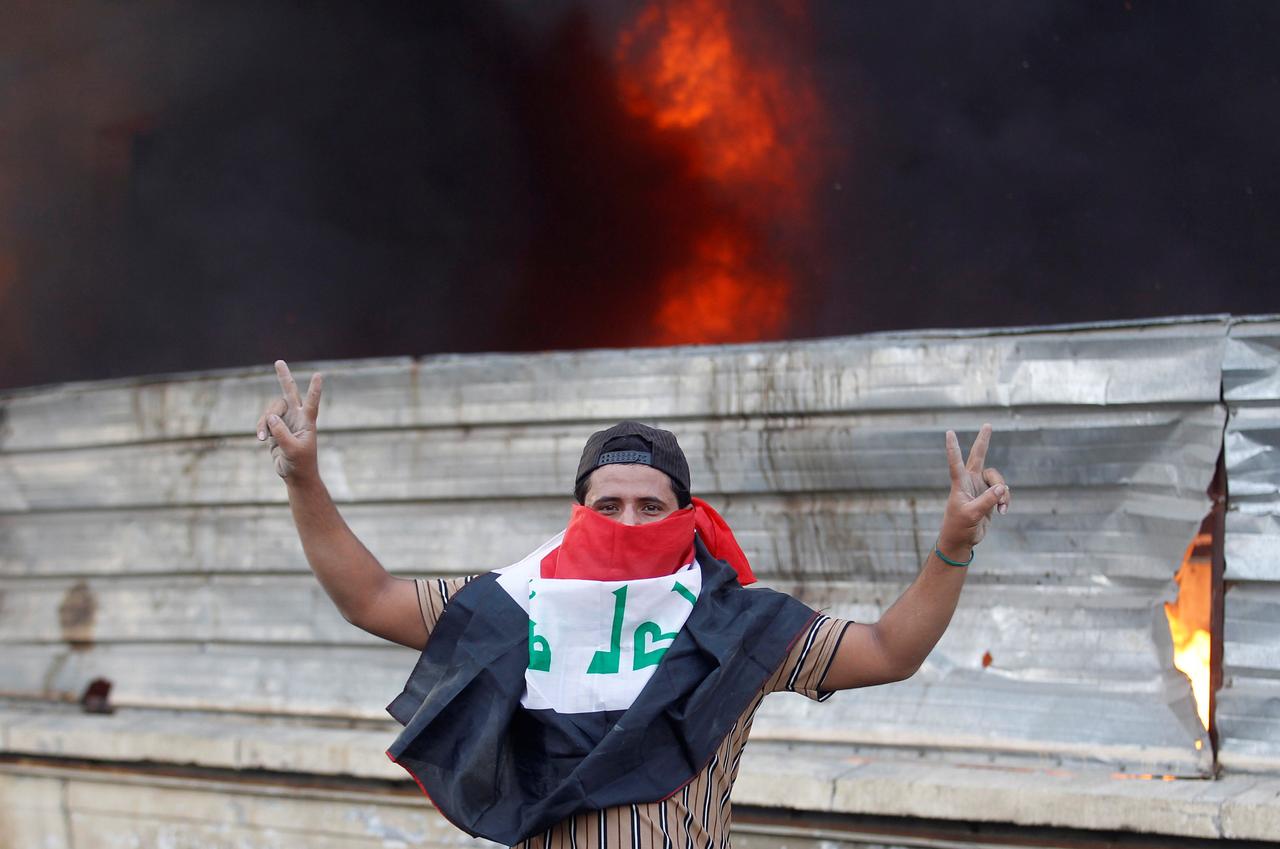 The main protest took place in Baghdad, with some demonstrations in other areas.

A government statement and a health ministry spokesman said one person was killed, and that 40 members of the security forces were among those injured. They did not say where the death took place.

Police sources in the southern city of Nassiriya said a protester there was shot dead.

The government statement blamed “groups of riot inciters” for the violence and said the security forces were working to ensure the safety of peaceful protesters.

In Baghdad, police opened fire in the air as some 3,000 protesters tried to cross a bridge leading into Baghdad’s fortified Green Zone, which houses government buildings and foreign embassies.

Iraqis blame politicians and officials for endemic corruption that is preventing Iraq from recovering after years of sectarian conflict and a devastating war to defeat Islamic State.

“This is not a government, it is a bunch of parties and militias who destroyed Iraq,” said one protester who declined to give his name out of fear of reprisal.

Shi’ite Muslim paramilitary groups known as Popular Mobilization Forces play a large role in Iraqi politics and have representation in parliament and government. They are also said to control parts of Iraq’s economy, which they deny.

Prime Minister Adel Abdul Mahdi, who chaired the weekly cabinet meeting on Tuesday, issued a statement promising jobs for graduates. He instructed the oil ministry and other government bodies to start including a 50% quota for local workers in subsequent contracts with foreign companies.

Oil-rich Iraq has suffered for decades under the rule of Saddam Hussein and U.N. sanctions, the 2003 U.S.-led invasion and civil war it unleashed, and the battle against Islamic State, which was declared won in 2017.

Photo: A demonstrator shows the victory signs during a protest against government corruption amid dissatisfaction at lack of jobs and services in Baghdad, Iraq October 1, 2019. REUTERS/Khalid al-Mousily