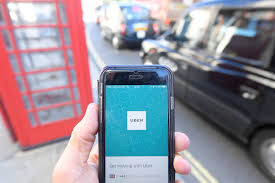 A British parliamentary committee has written to Facebook’s Mark Zuckerberg asking for information on any paid-for activity by Russian-linked Facebook accounts around the 2016 EU referendum and the 2017 UK election.

The request was made by Damian Collins, chair of parliament’s Digital, Media and Sport Committee as part of its effort to gather evidence for an inquiry it is conducting into fake news.

“Part of this inquiry will focus on the role of foreign actors abusing platforms such as yours to interfere in the political discourse of other nations,” Collins wrote in a letter to Zuckerberg circulated to media by the committee.

“I believe that the information I have requested is in line with that already supplied to Facebook to several United States Senate Committees, including the Senate Intelligence Committee, in relation to the 2016 US presidential election,” wrote Collins.

The committee of British lawmakers launched its inquiry into fake news in January but it was suspended when a general election was called for June. The closing date for submitting evidence is Nov. 7.

The inquiry aims to shed light on issues such as the impact of fake news on public understanding of the world and response to traditional journalism, the responsibilities of social media platforms and how people can be educated to assess news sources.

The issue of whether and how much Russia intervened in the 2016 US presidential election is a huge issue in Washington, where it is the subject of multiple investigations.

Facebook said on Oct. 2 that some 10 million people in the United States saw politically divisive ads on its network that were purchased in Russia in the months before and after the presidential election.

In Britain, interest in whether Russia also played a part in domestic political processes such as the June 2016 referendum on withdrawing from the European Union and the June 2017 general election has been increasing in recent weeks.

Last week, another member of parliament, Ben Bradshaw, called on the government to get to the bottom of reports of opaque funding sources for some elements of the pro-Brexit campaign, citing “widespread concern over foreign and particularly Russian interference”.

Russia has denied interfering in the internal affairs of other countries.

Passports for purchase: Open citizenship doors around the world