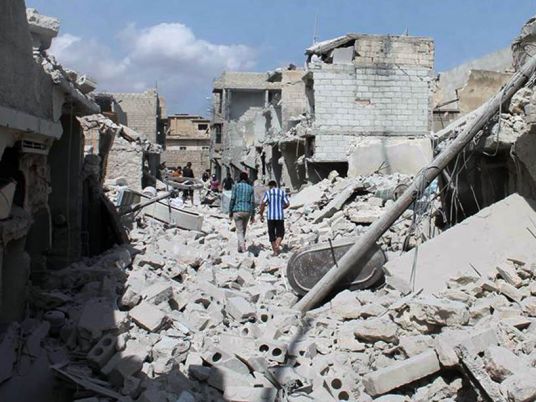 The father who lost two of his sons fighting in Syria has said that he does not want others to suffer the same fate.

Abubaker Deghayes, who lives in Saltdean, East Sussex, has lost his second son last week in the space of a year, to the fighting in Syria.

Jaffar Deghayes, 17, is believed to have died last weekend in a battle against Syrian regime troops near Idlib.  Deghayes' eldest son is still fighting in the country.

It has only been six months since he lost his other son, 18-year-old Abdullah, who was killed in Latakia.

Deghayes told the Anadolu Agency (AA) that his eldest son, Amer, messaged him with the news. “He told me that Jaffar had been shot in the head, but was alive for 15 minutes after that,” the father said.

“Jaffar recited the shahada (article of faith) and praised God before his death,” he told AA.

However, Deghayes was adamant that others should not go.  He said that he would encourage other people who wanted to help in Syria not to go and fight, but to send aid and to lobby politicians to help the people of Syria.

“I hope my son comes back safe. Don’t let your families go through what we are going through,” he told AA.

All three of his sons were fighting for the Al Nusra front, which the UK government considers a terrorist organisation.

Deghayes says that the Al Nusra front fighters are not terrorists, but are helping the Syrian people.

“I have been to the refugee camps and the Syrians I have spoken to speak highly of Al Nusra, and how they are helping people, they are not terrorists,” he told AA.

Following the death of Abdullah in April, the police raided Abubaker's home and confiscated laptops, mobile phones and passports. Deghayes told AA that he is yet to receive the items back, including his passport.

“The police said that they were investigating Abdullah’s death,” he said.

The three brothers travelled together to Syria in January this year to take part in the fighting against the Syrian regime.

Deghayes has six children.  He is of Libyan origin, and has been living in the UK since 1986.  Deghayes’ father was killed by the Gaddafi regime when he returned to Libya.

Abubaker’s brother was held without charge at the US military prison at Guantanamo bay.  He was released in 2007.

Last month King’s College London’s International Centre for the Study of Radicalisation reported that 23 British fighters had died fighting in Syria and Iraq.

Their research revealed that British fighters are being killed in Syria and Iraq at the rate of one every three weeks.

The British government states that up to 500 Britons have traveled abroad to take part in fighting in Syria and that at least 218 of those have returned to the UK.