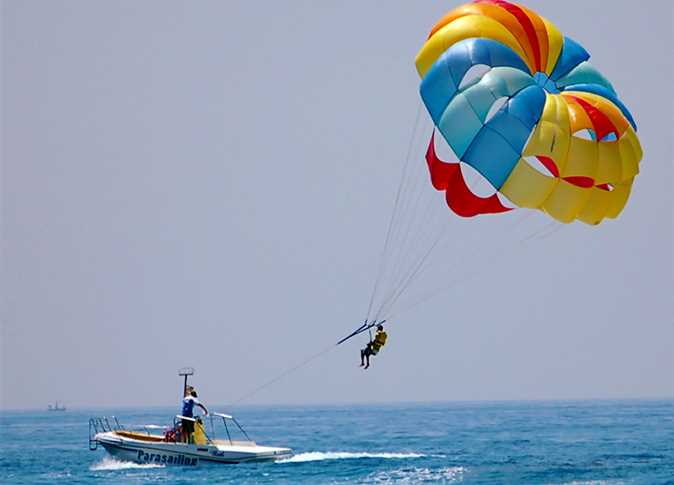 The Red Sea Governorate’s city of Hurghada welcomed a delegation of eight journalists from the International Journal of Tourism on Thursday in a bid to promote tourism in Hurghada and Luxor.

The delegation, which publishes in the Ukrainian press, will spend several days in Hurghada before visiting touristic areas in Luxor, a city which boasts an array of temples, sites, and excellently preserved antiquities from Ancient Egypt.

The journalists are scheduled to be hosted by a number of tourism experts, hotel managers, representatives for tourism companies, and Red Sea officials, before they are scheduled to depart the country next Sunday.

This comes recently after a Ukrainian airline started running charter flights between Cairo and the Ukrainian capital Kiev on September 7.

Closer touristic ties between the countries are expected, as the Ukrainian Ambassador to Egypt Hennadii Latii revealed in August that Ukraine International Airlines – the country’s largest airline – plans to have direct flight between Cairo and Kiev by Spring 2018.

Eastern European visitors to Egypt has been climbing and experts anticipate it to continue to rise. Latii added that the number of Ukrainian tourists visiting Egypt reached 450,000 in 2016, while the number of tourists visiting Egypt from Ukraine and other eastern European countries including Belarus and Estonia reached 600,000 from January to August 2017.

The head of the Egyptian Tourist Authority (ETA), Hisham el-Demeiry, said in a visit to Kiev in August that tour operators are anticipating a 30 percent rise in tourist reservations during the winter season, compared to the same time in 2016.