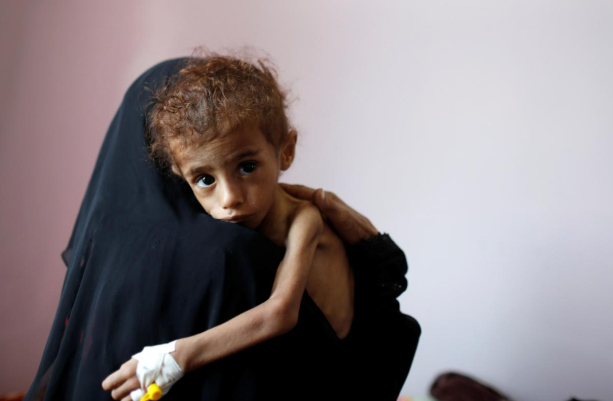 UNITED NATIONS (Reuters) – The United Nations aid chief sounded the alarm at the Security Council on Tuesday that half the population of war-torn Yemen – some 14 million people – could soon be on the brink of famine and completely relying on humanitarian aid for survival.

“There is now a clear and present danger of an imminent and great big famine engulfing Yemen: much bigger than anything any professional in this field has seen during their working lives,” UN aid chief Mark Lowcock said.

He described the scale of what was being faced in Yemen as “shocking” given that only two famines had been declared in the world in the past 20 years – Somalia in 2011 and a localized famine in South Sudan last year.

A proxy war is playing out in Yemen between Iran and Saudi Arabia. A Saudi-led military coalition intervened in Yemen in 2015, backing government forces fighting the Iran-allied Houthi group. Iran has denied supplying weapons to the Houthis.

Lowcock said the United Nations currently coordinates the delivery of aid to some eight million people in Yemen and that the humanitarian crisis has been deepened by an economic crisis and continued fighting around the country’s key Hodeidah port. Yemen traditionally imports 90 percent of its food.

He appealed for a humanitarian ceasefire, protection of the supply of food and essential goods across the country, a larger and faster injection of foreign exchange into the economy through the central bank, increased humanitarian funding and support, and for the warring parties to engage in peace talks.

“Beyond the sheer numbers, while millions of people have been surviving on emergency food assistance for years, the help they get is enough merely to survive. Not to thrive. The toll is unbearably high,” Lowcock said.

“The immune systems of millions of people on survival support for years on end are now literally collapsing, making them – especially children and the elderly – more likely to succumb to malnutrition, cholera and other diseases,” he said.