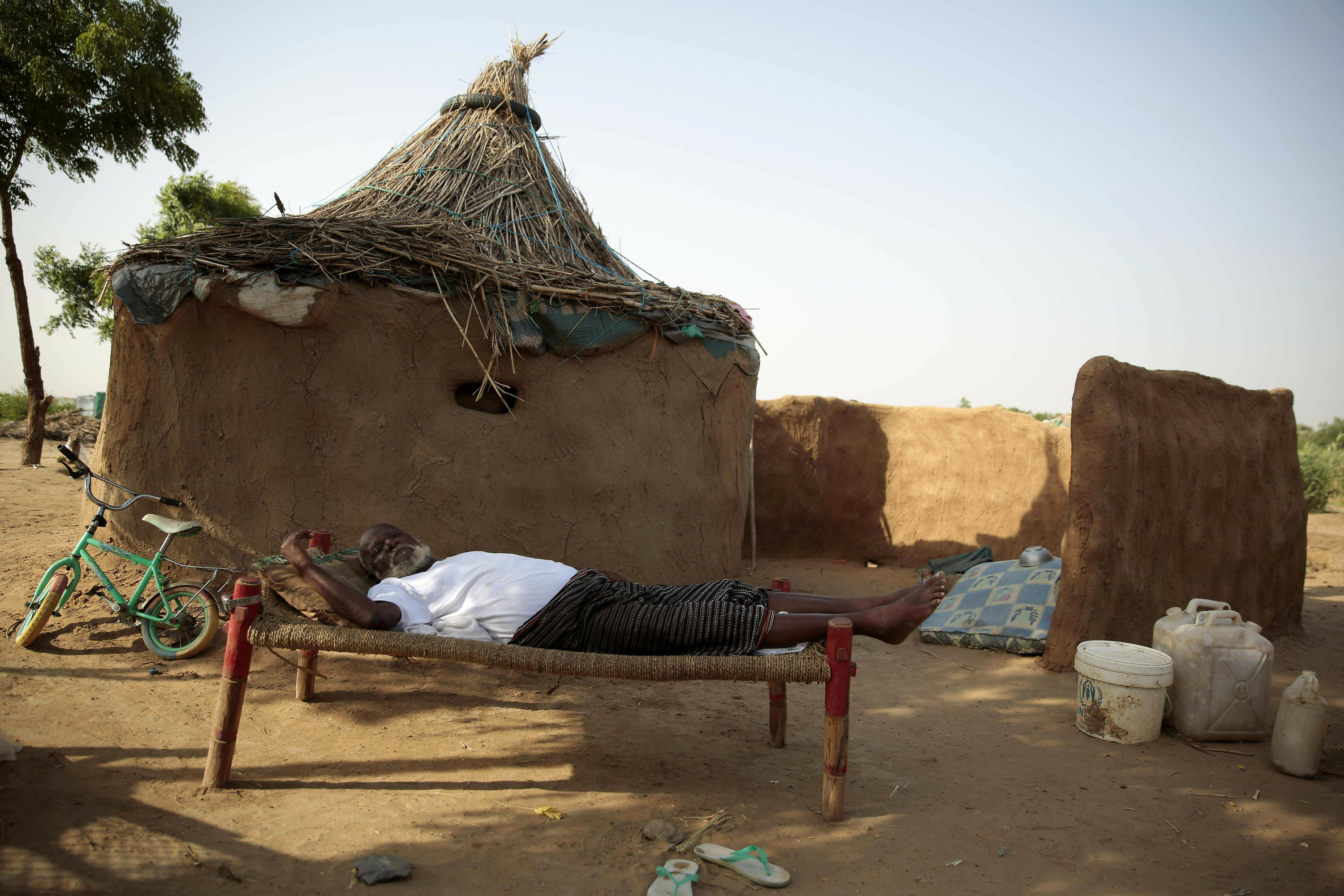 CAIRO (AP) — A U.N. humanitarian agency warned Tuesday that thousands of Yemeni civilians caught in fierce clashes between warring factions are trapped in an embattled northern district, an area that has become another flashpoint in the country’s bitter civil war.

More than 5,300 families have fled from the district of Kushar and surroundings in the past weeks, according to the U.N. Office for the Coordination of Humanitarian Affairs, or OCHA. The overall number of displaced people in the governorate of Hajjah, where Kushar is located, has doubled the past six months, the U.N. said.

Kushar, a mountainous district only 50 kilometers (31 miles) from the border with Saudi Arabia, has been isolated from the outside world — roads and all communication lines are cut and “thousands of civilians are reportedly trapped between conflicting parties,” the U.N. and local residents said.

Over the past days, airstrikes by the Saudi-led coalition, which is fighting Iran-backed Houthi rebels on behalf of Yemen’s internationally recognized government, killed 22 people, including women and 14 children in the area.

“It is outrageous that innocent civilians continue to die needlessly in a conflict that should, and can be solved,” said Lise Grande, the U.N. humanitarian coordinator in Yemen.

Yemen’s Houthi rebels imposed tight control over Kushar after powerful local tribesmen took up arms against them. The Houthis subsequently shelled the district — home to 100,000 people — and killed and wounded scores of civilians. Thousands were displaced. As the Houthi siege strangled the area, the Saudi-led coalition airdropped food and medicine to the tribes.

“Ongoing fighting in the north of Hajjah is creating an extremely concerning situation for the population,” Doctors Without Borders, which is operating in the region, said in a statement.

The group, which supports a hospital that receives victims of airstrikes and other fighting, is “calling on all parties to respect health facilities and to allow immediate access to the affected population to ensure the provision of basic needs and medical care.”

The district’s tribes, in a 2012 deal with the Houthis, remained neutral in Yemen’s civil war, which erupted in 2014. The area’s Hajour tribes also largely belong to the same Zaydi Shiite sect as the Houthis.

But after the Houthis tried to use the district to send weapons and reinforcements to the war’s front lines, the deal collapsed.

Ali Argash, a Yemeni university professor who grew up in Kushar, said that for the past two months mediation between tribal leaders and Houthis failed to prevent a conflict.

“We were searching for peace and told them you are the de facto authority. Tell us what you want and we will do it,” he said. “We tried to avoid the war but we were forced into it.”

Recent developments in Hajjah — where the total number of displaced due to the fighting numbers around 30,000 — underscore the fragmentation of the Houthis’ support base in northern Yemen, where the rebels have mostly been in control since the start of the conflict.

Yemen’s civil war has killed over 60,000 people — both civilians and combatants — and displaced 3 million, pushing the already impoverished nation to the brink of famine.

Also on Tuesday, the five permanent members of the U.N. Security Council — China, France, Russia, Britain and the U.S — called on both sides to implement a peace deal on the key port city of Hodeida.

Under the plan agreed on during talks in December, coalition-backed forces and Houthi militiamen would pull out of Hodeida, while allowing a local force to take control.

On Sunday, fighting erupted in the city, the first significant clashes since warring sides agreed to a cease-fire during the talks in Stockholm.