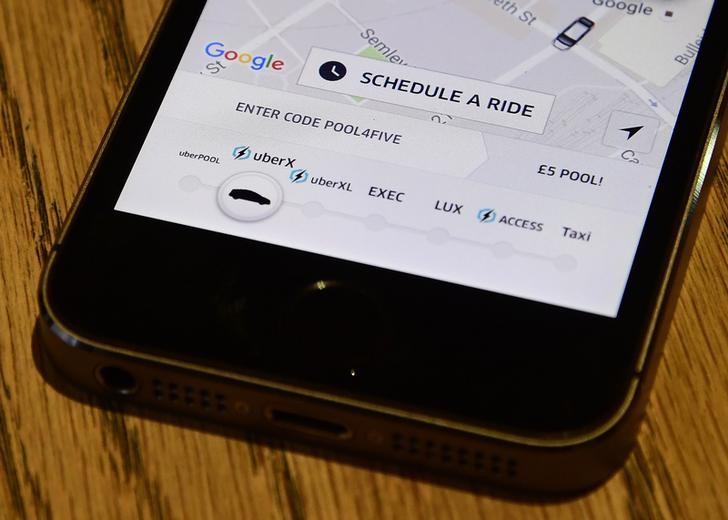 Uber Technologies Inc paid hackers $100,000 to keep secret a massive breach last year that exposed the personal information of about 57 million accounts of the ride-service provider, the company said on Tuesday.

Discovery of the US company’s cover-up of the incident resulted in the firing of two employees responsible for its response to the hack, said Dara Khosrowshahi, who replaced co-founder Travis Kalanick as CEO in August.

“None of this should have happened, and I will not make excuses for it,” Khosrowshahi said in a blog post. (ubr.to/2AmxlQt)

The breach occurred in October 2016 but Khosrowshahi said he had only recently learned of it.

The hack is another controversy for Uber on top of sexual harassment allegations, a lawsuit alleging trade secrets theft and multiple federal criminal probes that culminated in Kalanick’s ouster in June.

The stolen information included names, email addresses and mobile phone numbers of Uber users around the world, and the names and license numbers of 600,000 U.S. drivers, Khosrowshahi said.

Uber passengers need not worry as there was no evidence of fraud, while drivers whose license numbers had been stolen would be offered free identity theft protection and credit monitoring, Uber said.

Two hackers gained access to proprietary information stored on GitHub, a service that allows engineers to collaborate on software code. There, the two people stole Uber’s credentials for a separate cloud-services provider where they were able to download driver and rider data, the company said.

A GitHub spokeswoman said the hack was not the result of a failure of GitHub’s security.

“While I can’t erase the past, I can commit on behalf of every Uber employee that we will learn from our mistakes,” Khosrowshahi said.

“We are changing the way we do business, putting integrity at the core of every decision we make and working hard to earn the trust of our customers.”

Regulators in Australia and the Philippines said on Wednesday they would look into the matter. Uber is seeking to mend fences in Asia after having run-ins with authorities, and is negotiating with a consortium led by Japan’s SoftBank Group for fresh investment. SoftBank declined to comment.

Uber said it had fired its chief security officer, Joe Sullivan, and a deputy, Craig Clark, this week because of their role in the handling of the incident. Sullivan, formerly the top security official at Facebook Inc and a federal prosecutor, served as both security chief and deputy general counsel for Uber.

Kalanick learned of the breach in November 2016, a month after it took place, a source familiar with the matter told Reuters. At the time, the company was negotiating with the US Federal Trade Commission over the handling of consumer data.

A board committee had investigated the breach and concluded that neither Kalanick nor Salle Yoo, Uber’s general counsel at the time, were involved in the cover-up, another person familiar with the issue said. The person did not say when the investigation took place.

Uber said on Tuesday it was obliged to report the theft of the drivers’ license information and had failed to do so.

Kalanick, through a spokesman, declined to comment. The former CEO remains on the Uber board of directors, and Khosrowshahi has said he consults with him regularly.

Although payments to hackers are rarely publicly discussed, US Federal Bureau of Investigation officials and private security companies have told Reuters that an increasing number of companies are paying criminal hackers to recover stolen data.

“The economics of being a bad guy on the internet today are incredibly favorable,” said Oren Falkowitz, co-founder of California-based cyber security company Area 1 Security.

Uber has a history of failing to protect driver and passenger data. Hackers previously stole information about Uber drivers and the company acknowledged in 2014 that its employees had used a software tool called “God View” to track passengers.

Khosrowshahi said on Tuesday he had hired Matt Olsen, former general counsel of the US National Security Agency, to restructure the company’s security teams and processes. The company also hired Mandiant, a cybersecurity firm owned by FireEye Inc, to investigate the breach.

The new CEO has traveled the world since replacing Kalanick to deliver a message that Uber has matured from it earlier days as a rule-flouting startup.

“The new CEO faces an unknown number of problems fostered by the culture promoted by his predecessor,” said Erik Gordon, an expert in entrepreneurship and technology at the University of Michigan’s Ross School of Business.