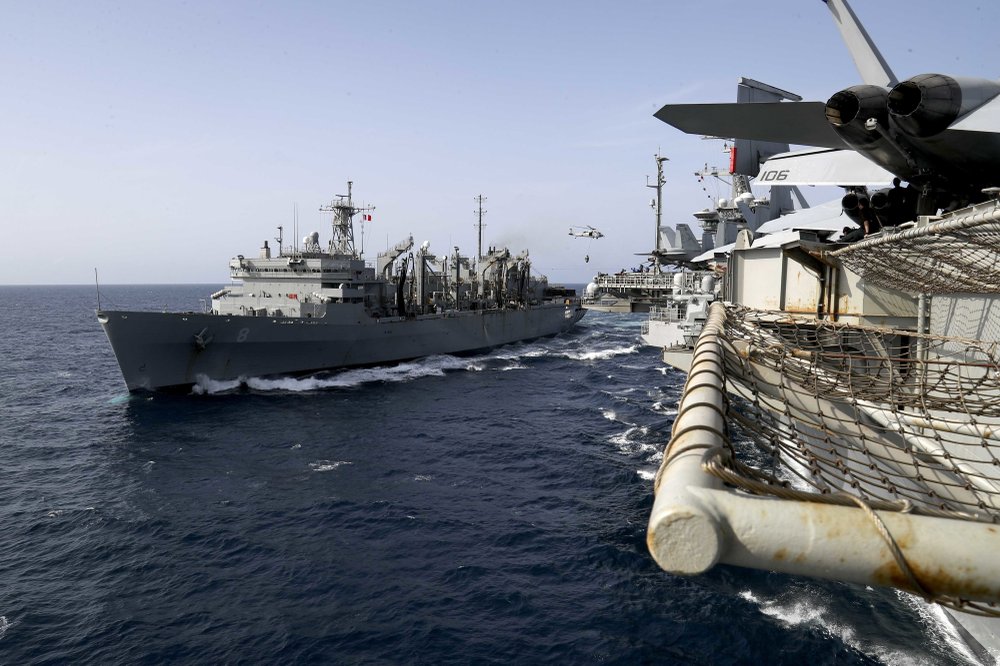 WASHINGTON (AP) — A Navy warship has seized a “significant cache” of suspected Iranian guided missile parts headed to rebels in Yemen, U.S. officials said on Wednesday, marking the first time that such sophisticated components have been taken en route to the war there.

The seizure from a small boat by the U.S. Navy and a U.S. Coast Guard boarding team happened last Wednesday in the northern Arabian Sea, and the weapons have been linked to Iran.

Officials said the incident illustrates the continuing illegal smuggling of weapons to Huthi rebels and comes as Secretary of State Mike Pompeo and Israeli Prime Minister Benjamin Netanyahu were meeting, with Iran as the main topic.

The U.S. has consistently accused Iran of illegally smuggling arms to Huthi rebels battling the Yemeni government and has seized smaller and less sophisticated weapons in transit. The missile parts found in this latest incident were described as more advanced than any others previously seized.

Since the spring, the Pentagon has beefed up its military strength in the region, adding about 14,000 troops, ships, aircraft and other assets in response to what officials said is a growing threat from Iran. Officials have been considering another increase of several thousand forces, which could include air, naval and ground troops, and weapons systems, but no decisions have been made.

According to the U.S. officials, the USS Forrest Sherman was conducting routine maritime operations when sailors noticed a small wooden boat that was not displaying a country flag. The Navy and Coast Guard personnel stopped, boarded the boat for inspection and found the weapons.

Officials did not provide the exact number of missiles or parts but did describe it as a significant cache and said it was headed to Yemen. They said the small boat was towed into port because a leak was discovered during the inspection, and the people on the boat were transferred to the Yemeni Coast Guard. The officials did not say where the crew of the small boat was from. The weapons are still on board the U.S. ship.

The officials said the U.S. is still examining the weapons to specifically pinpoint their origin. But they said the missile parts had all the hallmarks of previous Iranian weapons that have been found in Yemen or Saudi Arabia.

Smuggling weapons into Yemen is a violation of a U.N. Security Council resolution.

Huthi rebels control much of northern Yemen, and a Saudi-led coalition, allied with the internationally recognized government, has been fighting them since 2015. A localized cease-fire in the port of Hodeida was brokered last December by the U.N. but was never fully implemented. Saudi Arabia has been holding indirect talks with the Huthis in Oman, and officials have said that momentum is building in other efforts to end the war.

On at least four occasions during 2015 and 2016, the U.S. seized suspected Iranian weapons during similar ship inspections. In those cases, however, the arms were smaller and less sophisticated.

Nearly two years ago, U.S. officials laid out a display of truck-sized missile remnants at a military base in Maryland, telling reporters that they had been launched into Saudi Arabia from inside Yemen. At the time, then-U.N. Ambassador Nikki Haley said U.S. intelligence experts had concluded “unequivocally” that the weapons came from Iran.

Haley and the Trump administration used the display to substantiate repeated claims that Iran had been funneling weapons to Huthi rebels in Yemen.

While the U.S. did not point to a specific delivery of the weapons remnants by Iran to the Huthis, officials said that markings and other characteristics indicated the missiles were manufactured in Iran. One shredded piece of metal displayed to reporters bore the logo of Shahid Bakeri Industrial Group, an Iranian defense entity under U.S. sanctions. And others had specific technical characteristics, such as a certain valve, that only Iranian missiles have.

At the time, the Iranian government insisted that it was not sending missiles to Yemen, where Shia Huthi rebels aligned with Iran have taken over much of the country. Iran’s envoy to U.N., Gholamali Khoshroo, called the accusations “fake and fabricated” evidence that illustrates America’s “irresponsible, destructive and provocative role” in the region, according to a statement.