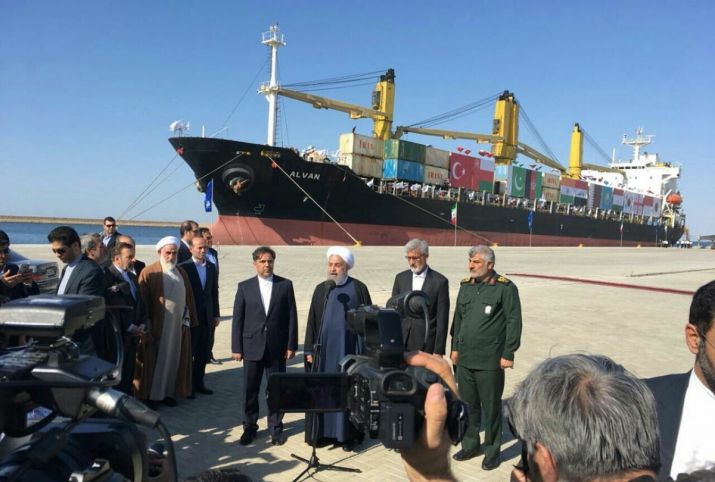 U.S. President Donald Trump’s decision to pull out of the Iran nuclear accord and re-impose sanctions on Tehran threatens to derail a project to help build Afghanistan’s economy, endangering a key goal of the U.S. strategy to end America’s longest war.

The Indian-backed Chabahar port complex in Iran is being developed as part of a new transportation corridor for land-locked Afghanistan that could potentially open the way for millions of dollars in trade and cut its dependence on Pakistan, its sometimes-hostile neighbor.

But Trump’s decision to re-impose sanctions on Iran and penalize financial institutions for doing business with Tehran is clouding Chabahar’s viability as banks, nervous they could be hit with crippling penalties, pull back from financing.

“President Trump’s decision has brought us back to the drawing board and we will have to renegotiate terms and conditions on using Chabahar,” a senior Indian diplomat said. “It is a route that can change the way India-Iran-Afghanistan do business, but for now everything is in a state of uncertainty.”

The White House did not respond to requests for comment.

Launched in 2016, the joint Iran-India-Afghanistan Chabahar project already was facing holdups. It has yet to see significant traffic apart from some containers of donated wheat from India, and the first shipments of Afghan dried fruit to India are not expected before July.

At least three contracts to build infrastructure at the port now have been delayed, with two Chinese companies and a Finnish group left hanging while bankers seek clarity from Washington before approving guarantees, a person close to the project said.

Iran may remain part of nuclear accord: President