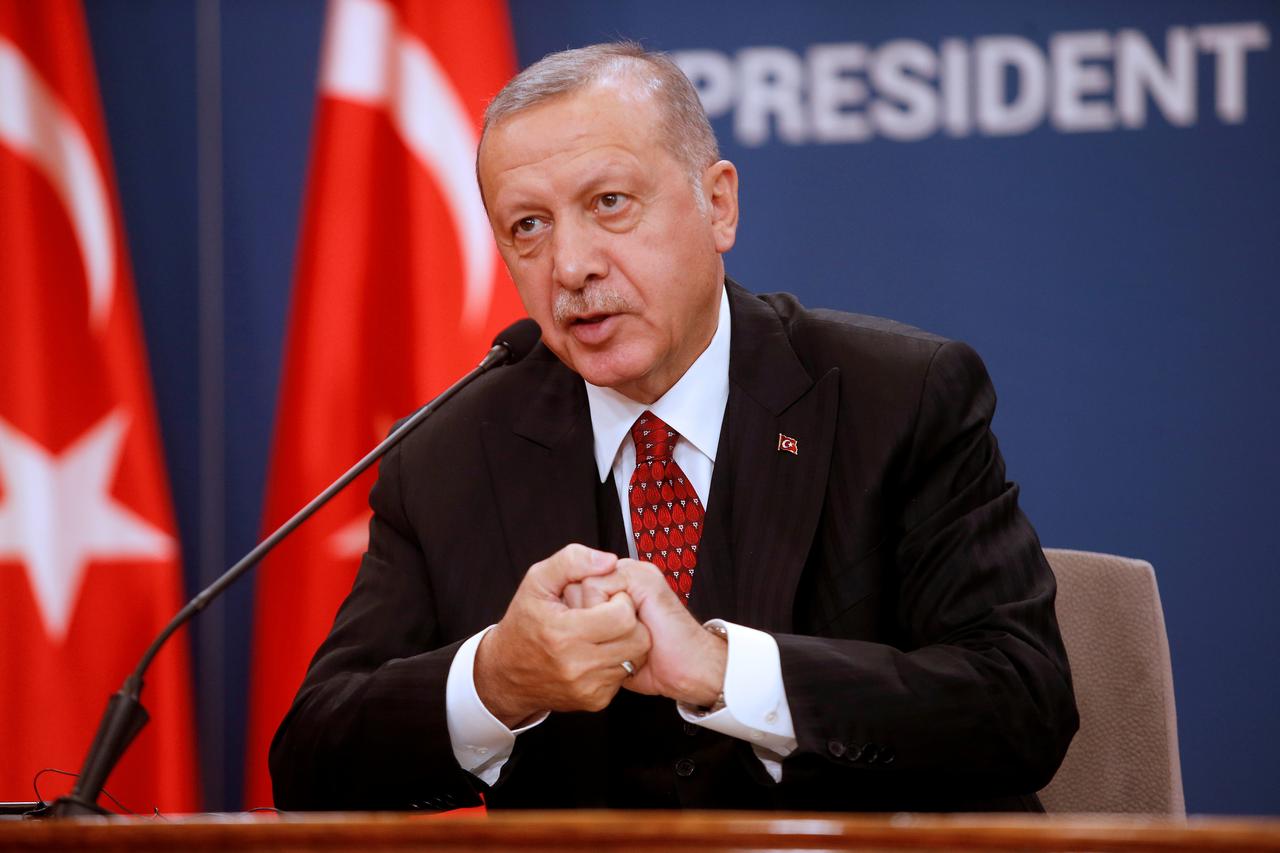 ISTANBUL (Reuters) – Turkey’s incursion into Syria will stretch from Kobani in the west to Hasaka in the east, going some 30 km (19 miles) into Syrian territory, President Tayyip Erdogan said on Sunday, and the town of Ras al-Ain was already under Turkish control.

Addressing a news conference in Istanbul, Erdogan said the Turkish-led forces had also besieged the Syrian border town of Tel Abyad, west of Ras al-Ain, in its fight against the YPG Kurdish militia, which Ankara says is a terrorist organization.

“We focused first on the 120-km (75-mile) area between Ras al-Ain and Tel Abyad. Thus we will divide the 480-km terrorist corridor down the middle,” Erdogan said.

“Then we will take control of Hasaka on the one side and Ain al Arab (Kobani) on the other and complete the operation,” he said, referring to towns either side of the current focus of operations. “We will go down to a depth of around 30-35 km, in line with the safe zone map which we declared previously.”

Erdogan said two Turkish soldiers and 16 Turkey-backed Syrian rebels had been killed in the operation.

He added that Turkish-led forces had killed 440 fighters from the Kurdish-led Syrian Democratic Forces (SDF), in which the YPG comprises the main fighting element.

IS supporters escape as Turkish troops near key Syrian town