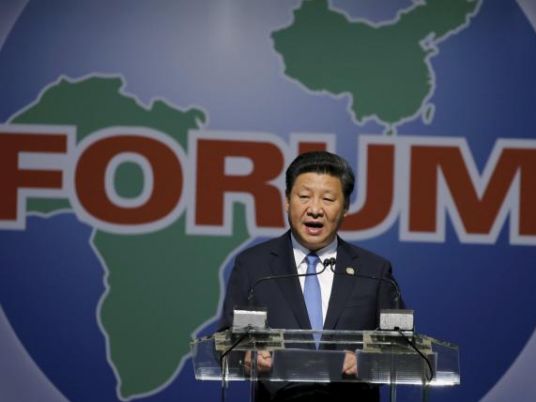 WASHINGTON (AP) — The Trump administration wants to see an increase in US investment and trade in Africa as part of a new strategy aimed at countering China’s growing influence on the continent.

National security adviser John Bolton is expected to lay out priorities Thursday for what the administration calls “the continent of the future” during remarks at the Heritage Foundation. Critics are skeptical because it has taken so long into the presidency to announce the initiative and Trump has made disparaging remarks about a region that is home to 1.2 billion people.

Addressing members of Congress on Wednesday, Assistant Secretary of State Tibor Nagy warned of China’s increasing economic, military and political influence in Africa, a continent with some of the world’s fastest-growing economies and trillions of dollars’ worth of natural resources.

“One of the things that really, really irritated me during my trips to Africa is you go to an African city and there is a stadium invariably built by the Chinese,” Nagy told the House Foreign Affairs Committee.

He said African countries will benefit from increased investment by US companies and projects that will create jobs and bring higher environmental and business standards.

“We must remain a positive alternative and make clear that engaging with the United States will mean greater prosperity and security for Africa,” Nagy said. “Our potential in Africa is limitless.”

Africa is facing a “demographic tsunami,” he said, with the continent’s population expected to double by 2050 to some 2.5 billion people, half under the age of 24. That is why, he said, it was important to create jobs and opportunities for them.

Any renewed US effort to counter China in Africa, however, will face some obstacles.

“The Trump administration has shown little or no serious interest in Africa and has gotten off to a rocky start in its relations,” Johnnie Carson, a former assistant secretary for African affairs during the Obama presidency, told The Associated Press. “Unveiling a new strategy may give the administration an opportunity for a course correction, but only if it begins to take Africa seriously.”

China opened its first overseas military base last year in the Horn of Africa nation of Djibouti, the site of the only permanent US military base on the continent.

As Beijing and others seek to grow their military presence, the US is pulling back. The Pentagon in November said it planned a 10 percent cut in the US Africa Command’s total force of 7,200 troops, to be carried out over several years, as its global focus shifts from counterterrorism to perceived threats from Russia and China.

Whatever the Trump administration’s new Africa strategy, perceptions are an immediate hurdle. The president is known for his reported unflattering remarks: comparing some countries to a filthy toilet, referring to the nonexistent nation of “Nambia” and saying Nigerians — from Africa’s biggest economy and a top oil producer — would never return to their “huts” once they saw the US.

His first tweet as president that mentioned Africa was an inaccurate claim about alleged white-owned farm seizures in South Africa. His only other tweet mentioning Africa praised his wife during her multination visit this year.

While Congress has restrained some of his administration’s proposed deep cuts in foreign aid, Trump has put forth no signature Africa project and there is no sign he intends to visit.

In the meantime, “China has been doubling down on Africa across the board with a dramatic commercial strategy combined with increased arms sales, linkages to political parties and cultural exchanges,” said Grant Harris, former senior director for African affairs at the White House during the Obama administration. “The US needs to show itself to be the better long-term partner to African states.”

Jennifer Cooke, director of the Institute for African Studies at George Washington University, said the US should avoid trying to be too transactional.

“We are not going to beat China at its own game, which is massive investments and in infrastructure and roads, ports, railroads and vanity projects,” Cooke said. “What sets the U.S. apart has been a broader engagement, beyond government, looking at development, civil society and, frankly, serving as something of a moral authority on human rights, democracy and governance issues.”