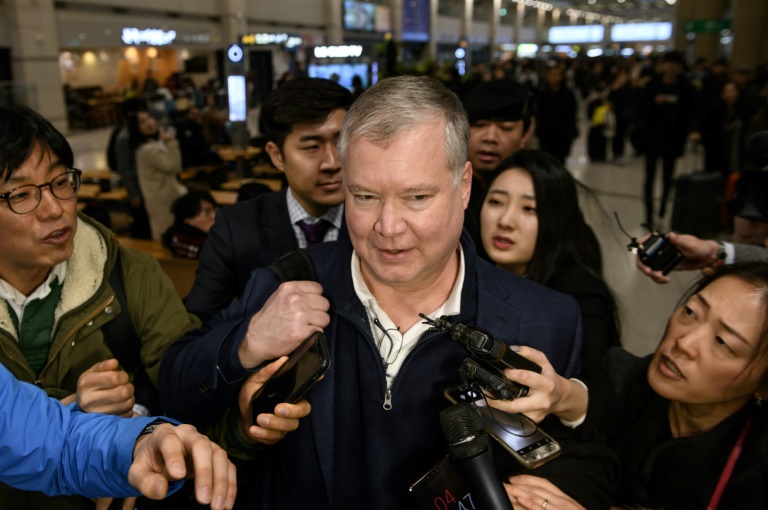 The US special envoy for North Korea will head to Pyongyang on Wednesday for talks ahead of a much-anticipated second summit between Donald Trump and Kim Jong Un, the State Department said Monday.

In addition to preparations for the summit, Stephen Biegun’s meetings with North Korean official Kim Hyok Chol will “advance further progress on the commitments the president and Chairman Kim made in Singapore: complete denuclearization, transforming US-DPRK relations and building a lasting peace on the Korean Peninsula,” a statement read.

In an interview with CBS on Sunday, Trump said the date and venue of his upcoming second summit with the North Korean leader had been agreed — and would likely be announced before or during his State of the Union address on Tuesday.

Vietnam is seen as the most likely venue for the meeting, which is expected to take place late this month, and follows their landmark first summit in Singapore last June.

That meeting — the first-ever between the leaders of the US and North Korea — produced a vaguely-worded document in which Kim pledged to work towards “the denuclearization of the Korean peninsula.”

But progress has since stalled with the two sides disagreeing over what that means.

Last week, US Director of National Intelligence Dan Coats told Congress that “North Korea is unlikely to give up all of its nuclear weapons and production capabilities”.

US intel chiefs at odds with Trump claims on N. Korea, IS and Iran