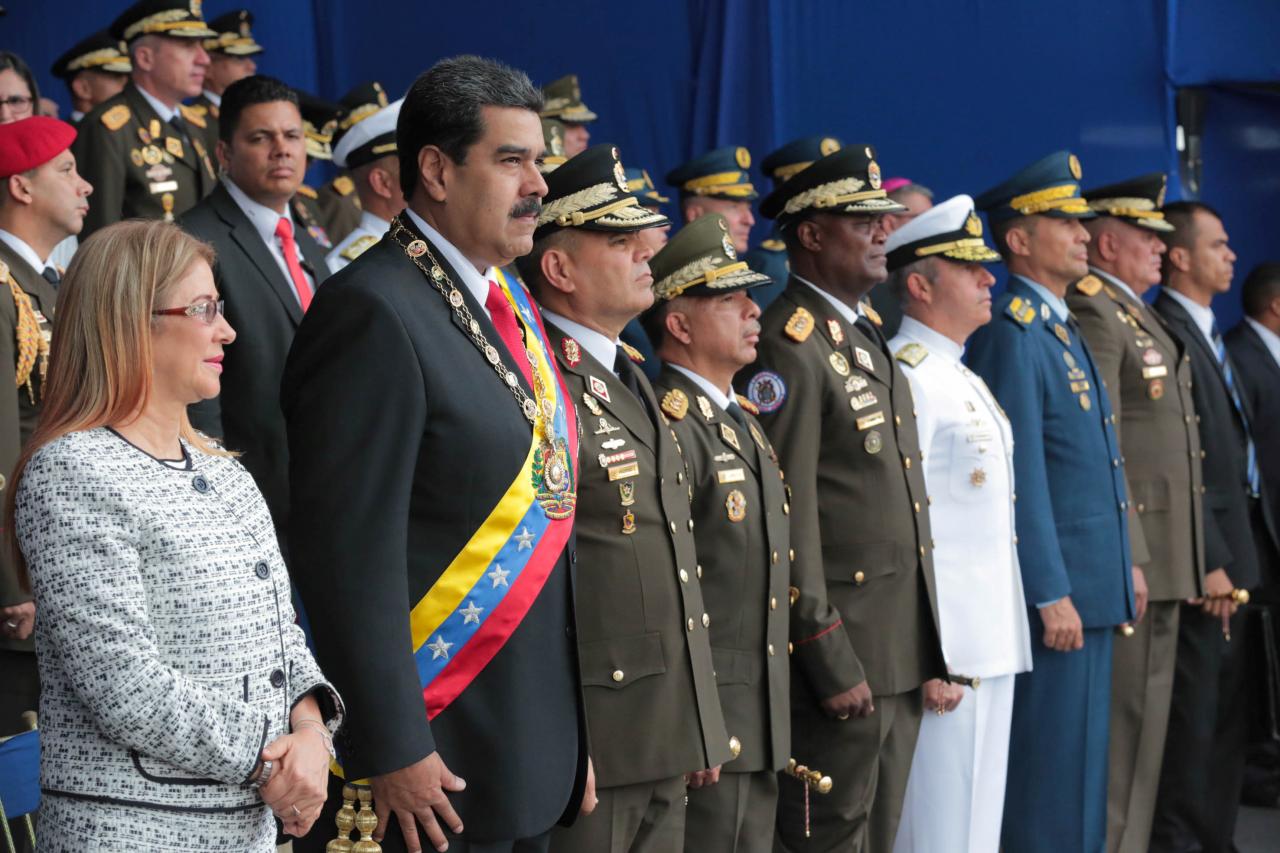 At least one explosion rocked a military event where Venezuelan President Nicolas Maduro was giving a speech on Saturday and the government said it was a failed assassination attempt involving drones carrying explosives.

Maduro said “everything points” to a right-wing plot that initial investigation suggested was linked to Colombia and the US state of Florida, where many Venezuelan exiles live. Several perpetrators were caught, he said, without elaborating.

Maduro, a leftist who replaced President Hugo Chavez after his death in 2013, was unharmed but Rodriguez said seven National Guard soldiers were injured.

“This was an assassination attempt, they tried to assassinate me,” Maduro said in a later televised address.

A little-known group called the “National Movement of Soldiers in T-shirts” claimed responsibility for the attack. In a series of posts on social media, the group said it had planned to fly two drones but that snipers shot them down.

“We demonstrated that they are vulnerable. We didn’t have success today, but it’s just a question of time,” said the group, which says it was founded in 2014 to bring together all of Venezuela’s “groups of resistance.”

The group did not respond to several requests for information from Reuters.

Maduro won a new six-year term in May but his main rivals disavowed the election and alleged massive irregularities.

Venezuela is suffering under the fifth year of a severe economic crisis that has sparked malnutrition, hyperinflation and mass emigration.

Maduro named Colombian President Juan Manuel Santos as being behind the attack, but gave no evidence to back that up.

“The name of Juan Manuel Santos is behind this attack … the initial investigations point to Bogota,” Maduro said.

A Colombian government source said Maduro’s allegation was “absurd” and that Santos was celebrating his granddaughter’s baptism on Saturday. “He is not thinking of anything else, least of all bringing down foreign governments,” the source said.

During the incident, Maduro was speaking about Venezuela’s economy in an address when audio of the live television coverage was suddenly cut off.

Maduro and others on the podium looked up startled and the cameras panned to soldiers who had been lined up in formation in the street. Scores of them ran in panic away from one area.

Photographs on social media appeared to show bodyguards shielding Maduro with black bulletproof panels. A photograph also showed an injured military official clutching his bloody head and being held up by colleagues.

The self-described “son” of Chavez, former bus driver Maduro says he is battling an “imperialist” plot to destroy socialism and take over Venezuela’s oil. Opponents accuse him of authoritarianism, saying he has destroyed a once-wealthy economy and ruthlessly crushed dissent.

Maduro said initial investigations indicated that “several of those intellectually responsible and the financiers of this attack live in the United States, in the state of Florida.” He called on US President Donald Trump to “fight these terrorist groups.”

A senior State Department official said: “We’ve heard the reports coming out of Venezuela. We are carefully following the situation.”

Last year, a rogue Venezuelan police officer hijacked a helicopter and fired at government buildings in what he said was an action against a dictator. The officer was hunted down and killed by Venezuelan forces.