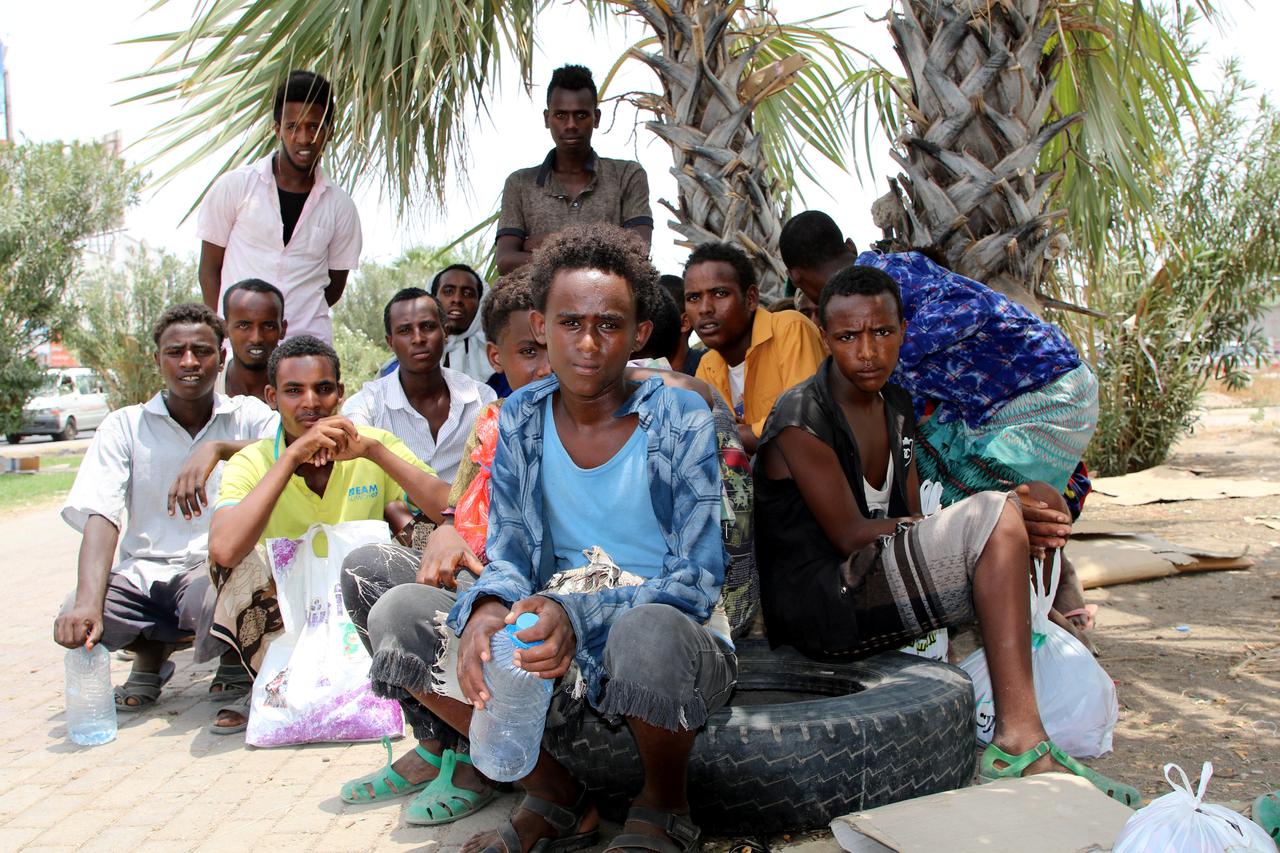 LONDON (Thomson Reuters Foundation) – It was the kindness of strangers that propelled single mother Dalya to a new life in London – now the Iraqi refugee wants to help sponsor a fleeing family of her own.

Dalya knows how alien it feels to land in a distant country, knowing nobody, and reckons one good turn deserves another.

“I want to help because I lived a horrible and hard life. I know what it feels like when people first arrive here. If they need a friend, I can be a friend. I can help with anything,” the 34-year-old told the Thomson Reuters Foundation.

It was five years ago that she made the same lonely journey – fleeing war in Iraq for sanctuary in Beirut then peace in Britain – thanks to an innovative community sponsorship scheme aimed at resettling refugees with minimal state involvement.

It was hard to move alone, as sole carer of three children, to a land where she knew no one and understood nothing.

“At the very beginning, I was nervous, but also very excited because this was a very important step. It changed my whole life,” said Dalya, who withheld her full name for privacy.

Before takeoff, she had heard only that London was big, bustling – and unfriendly, so the four-hour flight felt the longest, scariest journey of her life.

For the strangers who greeted Dalya and her young family in arrivals, it was the happy culmination of years of work.

“Some nice people were waiting for me at the airport. I cried and they cried. I felt like I was in a dream,” she said from her home in south London, a terraced house that the group found, decorated and furnished for her.

Dalya is one of nearly 300 refugees who have been resettled by community sponsorship since 2016 – a program that lets individuals and organizations give refugees a new start alongside the 5,700 people the government resettles each year.

Under the plan, everyday citizens, faith groups, businesses and communities provide financial and emotional support to newly arrived refugees, and help with their immigration, housing and residency processes.

Her children attend school – a first for them – and she feels safe; now Dalya wants to help sponsor a second refugee family to move in so they can enjoy a London life, too.

Harriet Lamb, a founding member of the group that sponsored Dalya, said she and her family had been hugely active in the community by translating for Arabic-speaking refugees and that the scheme let locals help with crises unfolding far away.

“You’re playing a part in something very global – the wars in the Middle East, the refugee crisis. It’s very far away, but here’s something you can do in London. So now we’re starting again and we’re looking forward to it,” said Lamb.

The number of people displaced by wars and persecution reached a record 70.8 million last year, with far too few resettlement schemes to meet surging demand, according to the United Nations refugee agency UNHCR.

Last month, the agency governments to consider new ways to bring in refugees, including study visas and sponsorship.

Britain, New Zealand, Australia, Ireland and Argentina are among a growing number of countries adopting private sponsorship; Canada has done so for more than four decades.

“There’s value in a charity, local authority or specialist refugee agency doing that work. But I can also see the value in normal members of the public mobilizing and coming together to support refugees,” said Hewett.

More than 1.4 million people uprooted and dispersed across 60 host countries need resettling next year, mostly those from Syria, South Sudan and the Democratic Republic of Congo, UNHCR said. That number is set to increase by 1 percent by 2020.

Yet less than 1 percent of the 20.4 million refugees registered with the UNHCR were resettled last year, it added.

Britain in June said it would bring in a further 5,000 vulnerable refugees from the Middle East and Africa, extending a pledge that it would take 20,000 Syrian refugees by 2020.

The government added that this 5,000 figure was in addition to those who are resettled through private sponsorship.

Sponsor Refugees, the organization that spearheaded Britain’s sponsorship scheme, said it wants the program to become part of the culture, as in Canada.

“The process of a group of people coming together to take on this task really does forge friendships, build community spirits, particularly in a world where we’re slightly atomized,” said Tim Finch, director of the group.

Finch said he hopes more people, and even refugees like Dalya would choose to sponsor people in need of resettlement.

For Dalya, that decision came naturally.

“I want everyone to know my story, how hard it was for me, and how hard it is for every refugee,” said Dalya. “And I want to help them, to give refugees a new chance, a new life.”