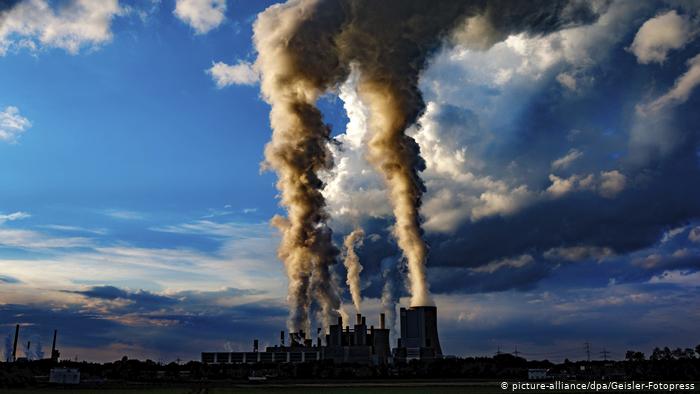 It’s that time of the year when climate negotiators have come together in an attempt to solve the climate crisis. This time in the German city of Bonn for a round of talks that pave the way for the December COP25 climate conference in Chile.

One thing delegates are talking about is the role of business in tackling rising global temperatures.

“Climate change is everyone’s business and business needs to be a part of the solution,”  Majda Dabaghi, director of inclusive and green growth for the International Chamber of Commerce, the world’s largest business organization told DW.

Experts agree that the corporate sector has a vital role to play in reaching the 1.5 C goal as called for in the   2018 IPCC report — and some companies are ready to act.

Swedish furniture giant, IKEA, has promised to switch to 100% renewable electricity by 2020 and the world’s largest container shipping company, Maersk, has pledged to replace fossil fuels with alternative sources such as biofuels in order to achieve  net zero carbon emissions by 2050.

For companies that are serious about their contribution to fighting climate change, the the Science-Based Targets initiative (SBTi), offers guidelines that help them assess their carbon footprint, and evaluate whether their commitments are in line with a below 2 C or a 1.5 C scenario.

Established in 2014 by the World Resources Institute (WRI) and a number of other organizations, the SBTi has already approved the targets for 220 companies. More than 300 more have committed to setting goals.

This isn’t only good for the planet, says Yamide Dagnet, head of climate negotiations projects at the WRI, but for the companies themselves.

“By engaging in reducing your carbon footprint, especially when you look at energy efficiency, you’re going to save money that you can reinvest in innovation for instance, or marketing for instance,” Dagnet told DW.

The business sector can also help fill the green financing gap, because as Dabaghi explained, “governments can’t fund all of the investments that need to be made in order for us to achieve the goals of the Paris Agreement.”

But they can, and must, she added, implement policies to lower the risk of investing in sustainable development, and in so doing, incentivize business.

Dagnet talks in terms of ambition loops, in which companies should be encouraging countries to increase their climate action and vice versa.

Also known as positive feedback loops, they describe a scenario in which companies can increase green investment and set ambitious climate targets to signal their support of bolder government policy. Governments, in turn, can enable businesses to take further action through strong policies and clear timelines.

In reality, however, Dagnet says it sometimes “feels like the political will from the government is falling behind the vision and readiness of some companies.”

Of those 220 companies with targets already approved by the SBTi, 44 are Japanese — as compared to Germany’s seven.

While that implies a level of corporate commitment, Japan’s climate pledges are not consistent with the 1.5 C limit. In the 2019 Climate Change Performance Index, which assesses what 56 countries are doing to fight climate change, Japan ranked 49.

That said, none of the countries assessed achieved a “very high” ranking.

Dabaghi says the ICC is working to mobilize businesses around the world to collectively tell governments “we need to raise ambition and we are here to support you in raising that ambition.”

Together with a broad coalition of businesses, civil society and UN leaders, the ICC has signedan open letter for the private sector to increase its contribution to reducing greenhouse gas emissions and preven global temperatures from soaring.

Though hundreds of companies around the world are already working to reduce their carbon footprints by moving to renewables, cutting back on waste or supporting sustainably-grown products, not every sector is moving at the same pace.

Activists have long accused big oil and gas companies of making little or no effort to clean up their operations. Citing recent research, Sriram Madhusoodanan, deputy campaigns director for NGO Corporate Accountability says some major fossil fuel corporations such as Shell and Exxon have invested over a billion dollars on misleading climate-related branding and lobbying.

“We’re certainly seeing a lot of talk,” he told DW. “You could even say greenwashing.”

Dagnet agrees that convincing fossil fuel companies to align with a 1.5 degree target will not be an easy exercise. That said, she regards having the conversation as progress.

“We believe in the power of supply chain,” she said. “If companies like Shell have clients that demand them to do things differently, they’ll have to react and adapt.”

But that’s not enough for Madhusoodanan, who says oil and gas companies have known climate change is caused by the burning of fossil fuels “for decades longer” than he has been alive.

They are also the ones, he says, who “have actively fueled and intensified the crisis both through their operations as well as through their obstruction of meaningful climate policy at the UNFCCC and at a national level.”

Dabaghi, however believes everyone should have a say in the climate talks, and stresses the importance of sitting down with high emitting sectors as a means of showing them how to move forward on climate action.